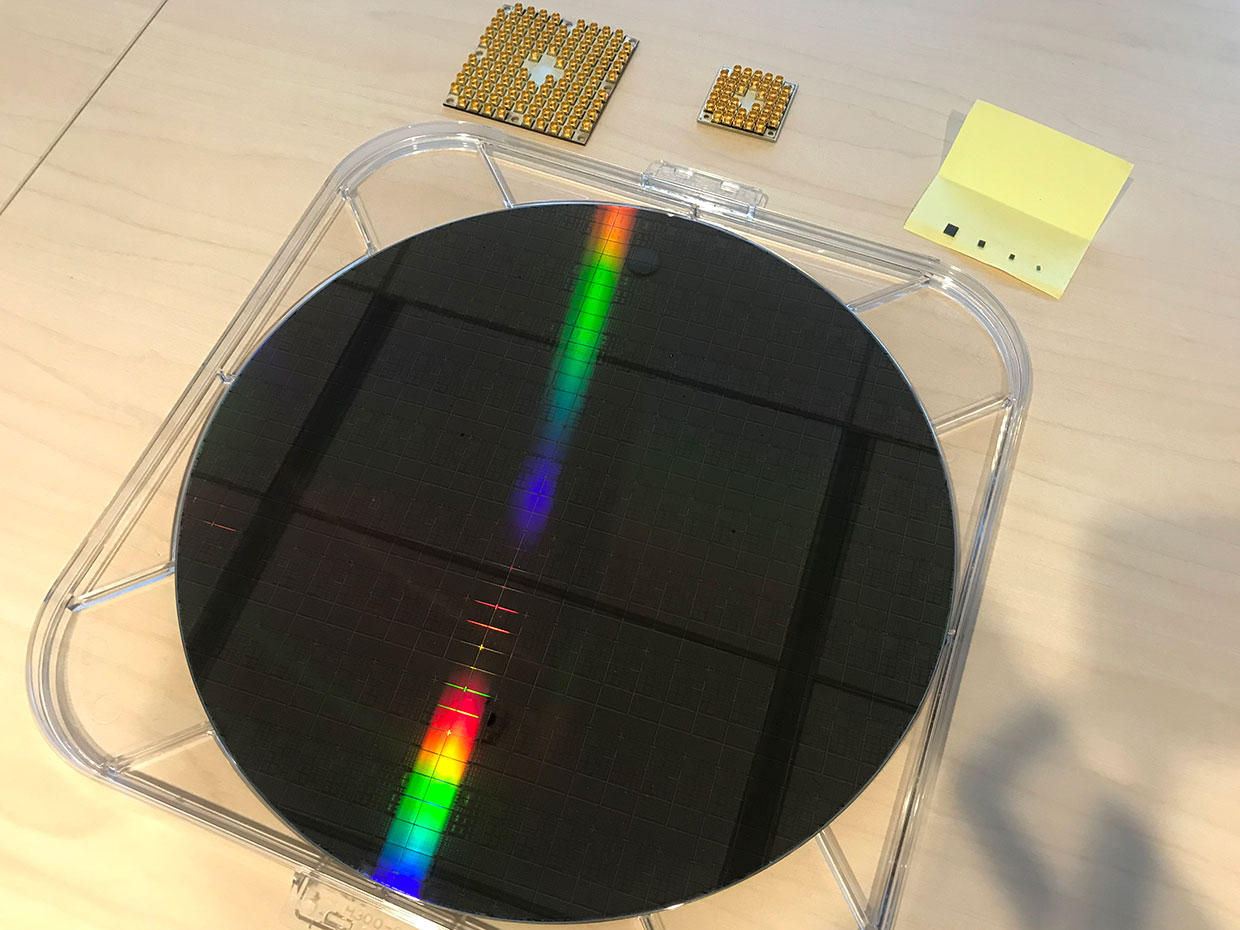 Despite a comparatively late start, Intel is progressing quickly along the road to a useful quantum computer. The company’s director of quantum hardware, Jim Clarke, came by IEEE Spectrum’s offices on 9 May to prove it. He brought with him samples of two technologies that show why the chip fabrication powerhouse can make a unique contribution to the quest for exponentially-faster computing. The first was a Tangle Lake, a specially packaged chip containing 49-superconducting qubits that Intel CEO Brian Krzanich, showed off at CES in January. The other was something new: a full silicon wafer of test chips, each containing up to 26-qubits that rely on the spins of individual electrons. The first of these wafers arrived at Delft University of Technology, in The Netherlands, that day for testing. Clarke’s group can make 5 such wafers per week, meaning that Intel has probably now made more qubit “devices than have ever been made in the world of quantum computing.”

Jim Clarke: I can’t underscore, for these systems, how important the packaging is. Typically we make our computers to run at room temperature, in our back pocket or on our wrist or slightly higher temperatures, but never at a fraction of a degree above absolute zero [as you need for superconducting qubits]. So these guys developed a package that could withstand the temperatures mechanically and still be relatively clean from a signal perspective.

IEEE Spectrum: Is there a limit to the density of qubits using the technology in Tangle Lake? Those pinouts look pretty big.

Clarke: I think already this is the largest chip-to-[printed circuit board] attachment that Intel has ever done. So any larger than this on a single piece—the coefficient of thermal expansion and shrinkage would be severe. Not only that, as you see, the actual connectors have a very large footprint, and those are important right now.

We can go bigger (more qubits per chip) with this technology, but not by much. So, what we’ll do is work to make the qubits smaller and the connections smaller. And so, within the same size footprint, we can maybe increase the number of qubits by several factors. But it’s hard to reach a place with that technology where you’d have the millions of qubits you would need to do something really life altering.

IEEE Spectrum: So how do you get to millions of qubits?

Clarke: I can see a path with this technology to perhaps 1000. Beyond that, I think you have to get creative. That’s one of the reasons that we’re working on multiple qubit technologies. When we spoke in the fall, we were talking almost exclusively about the superconducting chips. But we’re actually working on two technologies. One’s a bit further along—that’s the superconducting. They each have pluses and minuses. For example, the size of the qubits in this other type, called a silicon spin qubit, is a million times smaller. So that would be one possible benefit. [READ MORE]