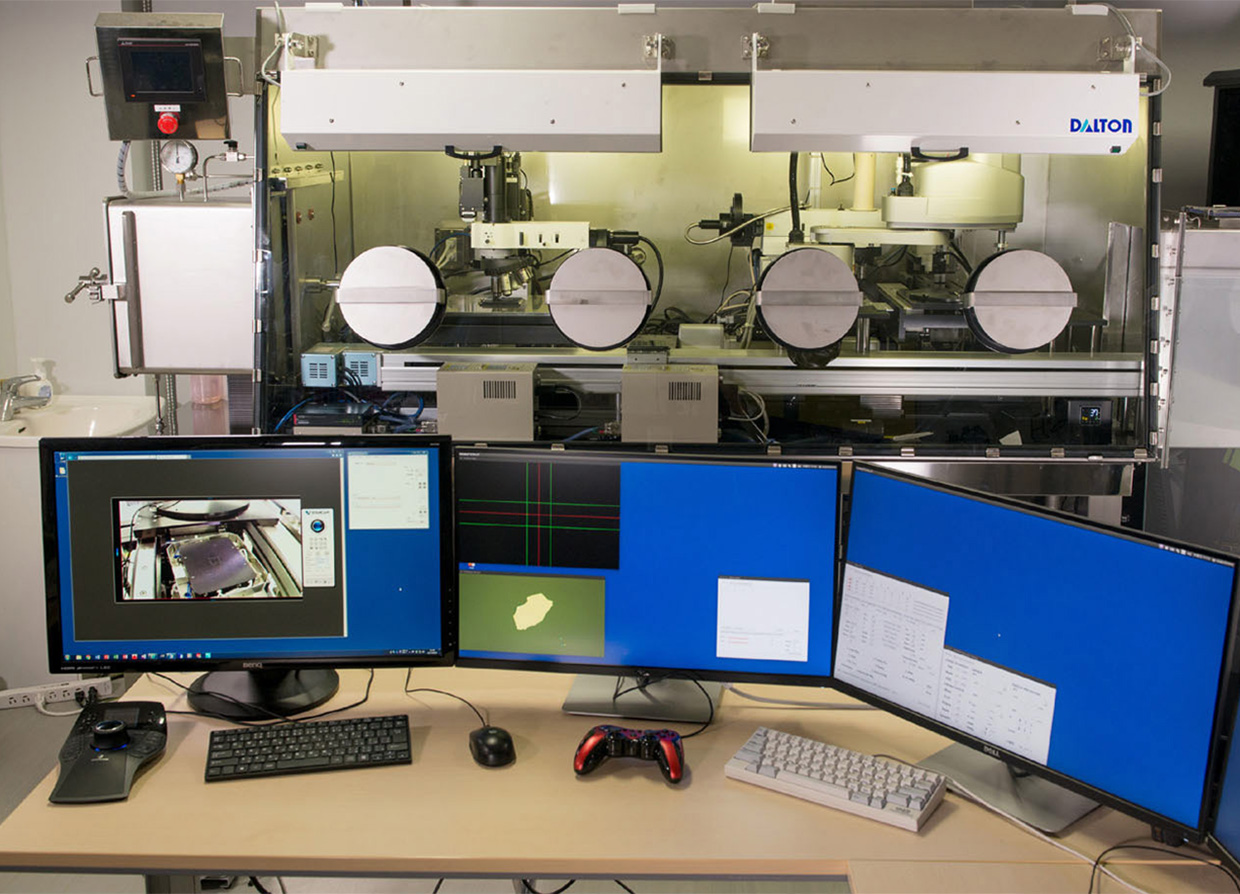 A precursor to molecular nanotechnology, the robotic system is already poised to be commerically available

In the sci-fi addled popular imagination, the term “nanotechnology” conjures an image of nanobots assembling macroscale objects atom-by-atom. Whether these nanobots end up being the soft, biological variety or the hard, diamondoid version, the prevailing wisdom remains that it’s all still pretty far off.

Last month in the journal Nature Communications, we got a real-world glimpse into what nanoscale robotic assembly might look like—and it’s pretty close to being commercially available.

Japanese researchers have fabricated a system consisting of an automated optical microscope, a chip transfer robotic arm and a stamping apparatus that is capable of stacking two-dimensional (2D) materials known as van der Waal (vdW) heterostructures much more rapidly than humans can.  These vdW heterostructures get their name because van der Waal forces  hold the layers together. The unique property of these nanostructures is that by alternating the layers between conductors (like graphene) and insulators (like hexagonal boron nitride) it’s possible to give them tailored electronic properties, like specific band gaps were no electron states can exist.

This week in the journal Nature Nanotechnology, Riccardo Frisenda, a researcher at the Madrid Institute for Advanced Studies (IMDEA) and Andres Castellanos-Gomez,  also a researcher at IMDEA, penned an analysis piece about this research that indicates this robotic system could not only be a game changer for nanotechnology research but also improve the prospects of large-scale nanotechnology manufacturing.

In their article, Frisenda and Castellanos-Gomez illustrate the potential of this system by using the example that it takes researchers days to assemble 13 layers of a vdW heterostructure while the system developed by the Japanese researchers can assemble 29 layers within 32 hours. Castellanos-Gomez told me that he believes this is just a starting point.

“The time it takes for the robotic assembly to work can be further improved by a lot,” said Castellanos-Gomez. “Right now one of the main limits for the speed is that at each transfer step the process is interrupted to ask for the OK of a human supervisor. The main reason for this human supervised step is that the alignment process has an uncertainty of 10 microns. By using motorized stages with better encoders (that technology is readily available) this human supervisor could be eliminated. I am pretty sure that that would speed up the process by a lot.” [READ MORE]