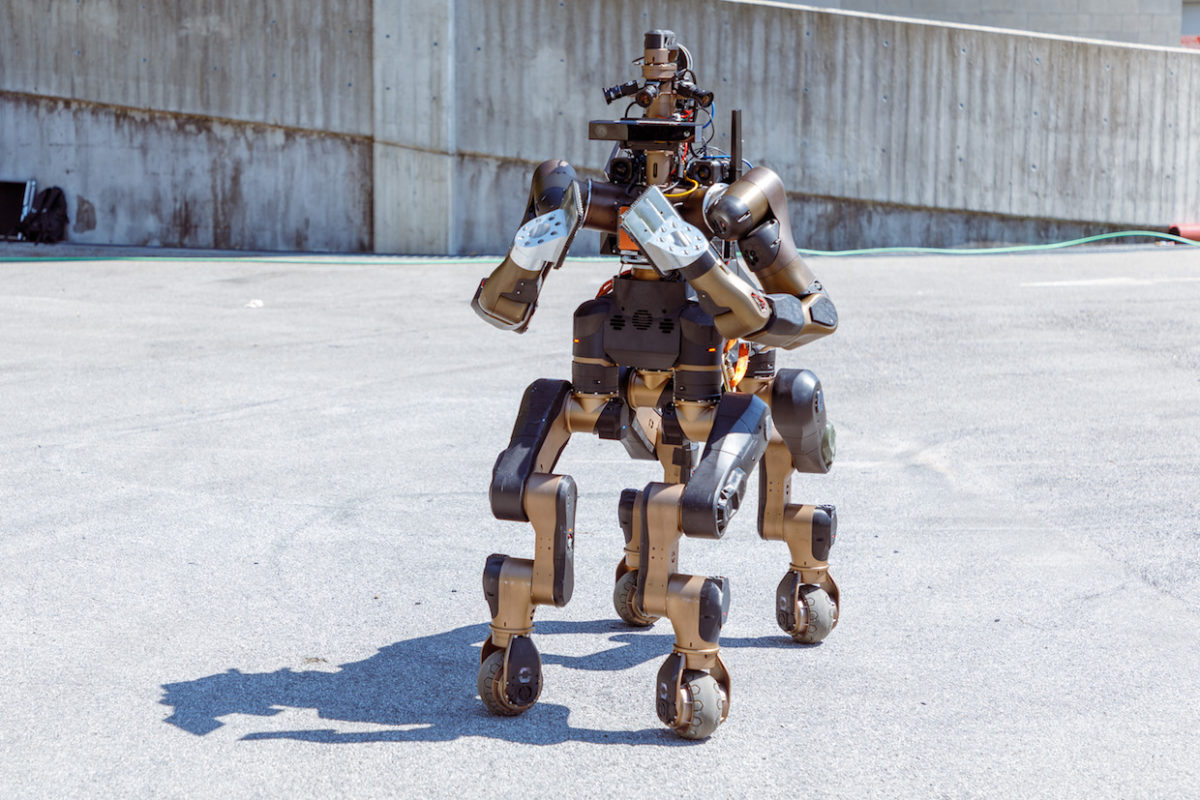 By Evan Ackerman and Erico Guizzo
One of the things that we learned from the DARPA Robotics Challenge is that it’s useful for robots to have legs to walk, but it’s even more useful for robots to be versatile and adaptable, with multimodal locomotion capabilities that they can deploy depending on the situation. At the DRC, we saw all kinds of different designs, but one of the more unique approaches came from the University of Bonn, in Germany, with their robot Momaro.

Momaro used a “centaur” design, with four legs that had wheels on the bottom (like a wheeled quadruped) coupled to a humanoid upper torso with a head and arms. It was the top-ranked European robot in the DRC, completing an almost perfect run in just 34 minutes. We’ve since been wondering whether the centaur design would inspire other disaster robots, and now we know the answer is yes.

Today, a consortium of European research groups announced a new centaur robot platform called (appropriately enough) Centauro. The robot was built at the Italian Institute of Technology (IIT) by a team led by Nikos Tsagarakis, who heads IIT’s Humanoids and Human Centered Mechatronics Lab, in Genoa. The project is part of the CENTAURO Consortium, funded by the European Commission and coordinated by researchers from the University of Bonn—the same group that developed Momaro.

The goal of CENTAURO is building a “human-robot symbiotic system where a human operator is telepresent with its whole body in a Centaur-like robot, which is capable of robust locomotion and dexterous manipulation in the rough terrain and austere conditions characteristic of disasters.” From the look of things, Centauro shares the same kind of rugged capability we’ve seen in other IIT robots, like WALK-MAN, meaning that this could be a robot that manages to be both a research tool and real-world useful. [READ MORE]