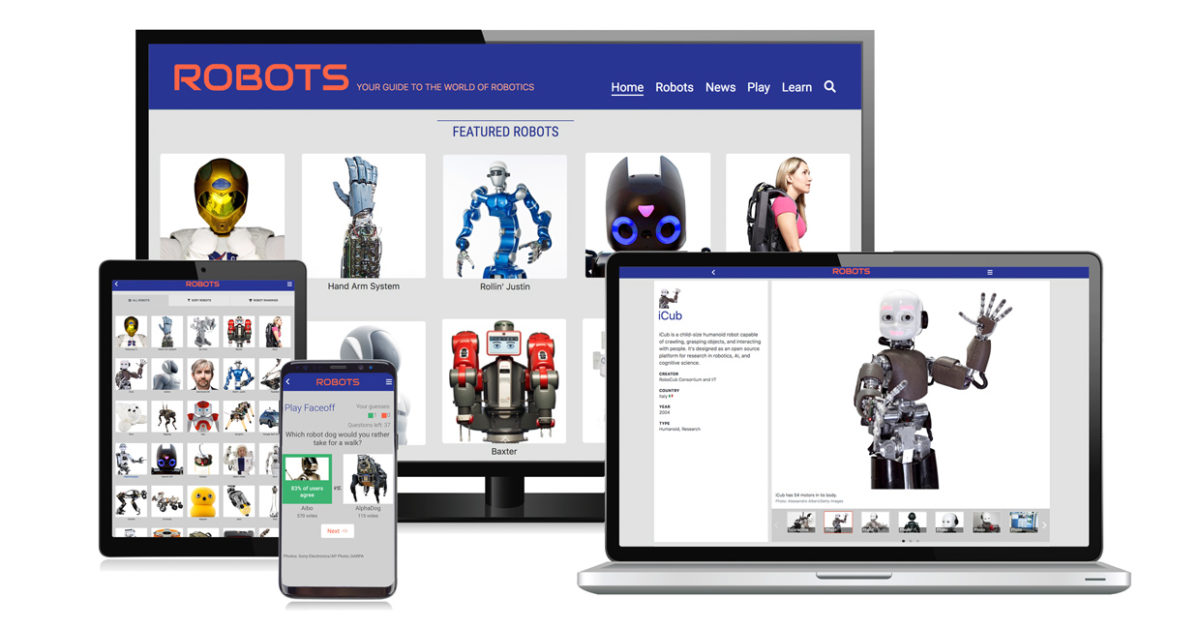 By Erico Guizzo and Randi Klett

Do you like robots? Of course you do! You’re reading IEEE Spectrum, so you almost certainly love robots. Robots capture our imagination. Robots are the future. Now let us ask you this: What’s your favorite robot?

These are all cool robots. We like them too! But here’s the problem: Those are not real robots. We see this happen often, especially with kids. When you ask them which robots they find inspiring, the answers typically come from science fiction.

And why is that a problem? Because we’ve reached the point where it’s clear that robots are going to affect every aspect of our lives. It won’t happen overnight, but most of us will likely see the day when robotics will be everywhere—in our homes, offices, schools, factories, hospitals, streets, and even skies.

And that’s why it’s important to focus on real-world robots, not just sci-fi ones. We want more engineers to pursue careers in robotics. We want more kids to dream of becoming roboticists and technologists, or at least be sufficiently familiar with the details of the technology to make informed, thoughtful, and ethical decisions in the future. So we need to make real robots just as inspiring as their fictional counterparts, and here at Spectrum, we have a plan to do just that.

Over the past year, we’ve been creating a massive portal for everything robotics, built around a fun and unique dynamic catalog. You can see it right now at Robots.ieee.org. There you’ll find a vast zoo of humanoids, drones, exoskeletons, quadrupeds, and other kinds of automatons, each with its own profile, with photos, videos, curious facts, and technical specifications. (We’re currently in beta, preparing for a full launch next month.)

Many profiles also have special interactives that you won’t find anywhere else: You can spin robots 360 degrees or make them move. Take joy in making the robot baby iCub crawl across the screen, wiggling the fingers of NASA’s space humanoid Robonaut, or swapping the facial expressions of lifelike android Geminoid DK. [READ MORE]