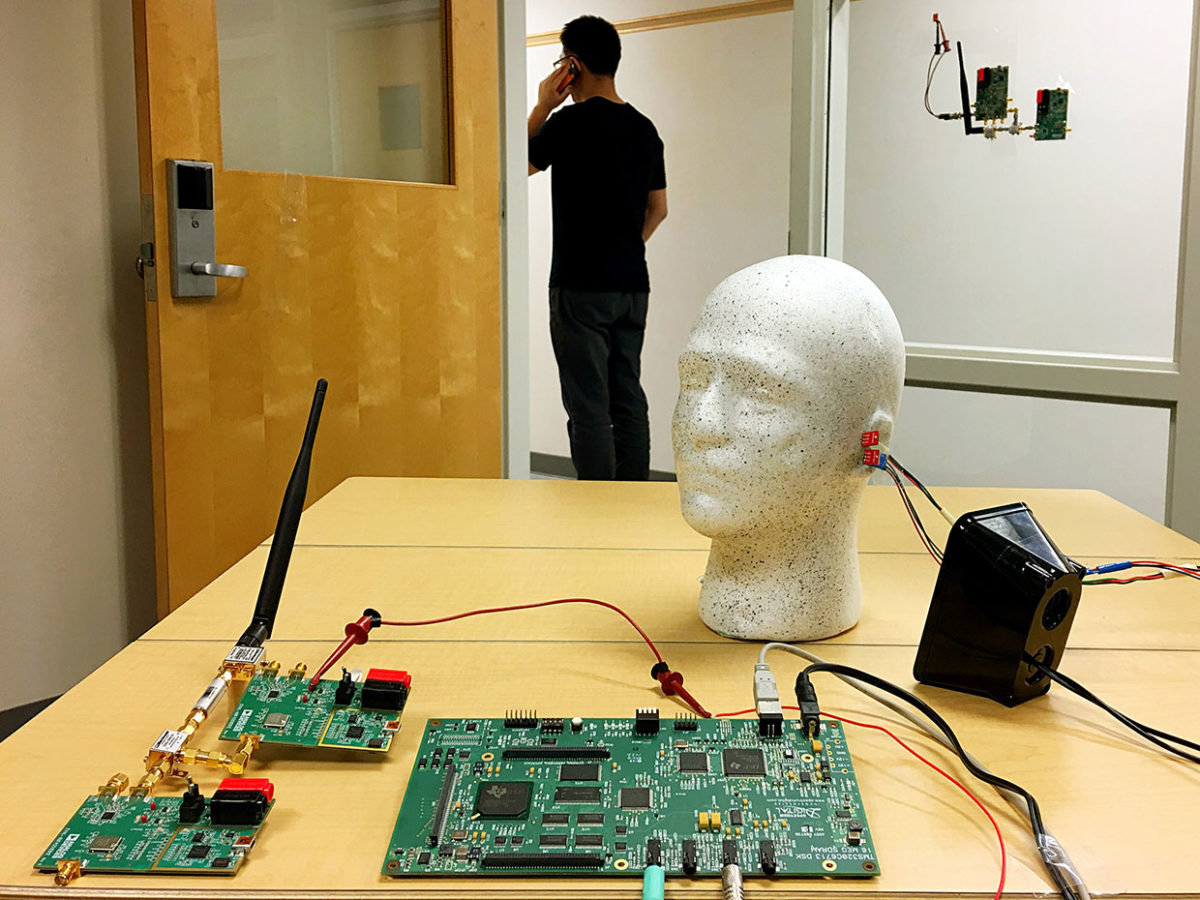 A lightweight earpiece technology promises to meet or beat the performance of the best premium noise-canceling headphones without blocking the ear canal or covering people’s ears like heavy earmuffs. The new noise-cancellation device leverages the not-so-secret fact that wireless network signals can travel 1 million times faster than sound waves.

Commercial noise-canceling headphones and earphones have internal microphones to detect incoming sounds so that their digital signal processors (DSPs) can compute an appropriate antinoise signal for canceling each incoming sound. But having microphones located so close to the ears means commercial headphones get just tens of microseconds to process incoming sound, calculate an antinoise signal, and play it through their speakers before the sound reaches the ears. Such a tight computing deadline limits the performance of most active noise-cancellation technology, setting an upper limit on the frequencies it can actively cancel. This requires many headphones to shield the wearer’s ears with sound-absorbing materials for higher frequencies.

“The main hardware challenge is to get rid of any sound-absorbing material, and instead design a wireless forwarding system that runs very fast to provide the maximum ‘head start’ to the ear piece,” says Sheng Shen, a Ph.D. student in electrical and computer engineering at the University of Illinois at Urbana-Champaign.

Shen and his colleagues plucked the usually embedded microphones out of the earpiece to make a noise-cancellation system—called MUTE—with physically separated components connected through a wireless network. External microphones are placed closer to noise sources; you might put one by, say, your office door if people tend to chat outside. Because the wireless signal arrives well in advance of the sound waves coming through the door, this gives the MUTE system more time to process incoming sounds and calculate the corresponding antinoise signals. The time advantage of having early information about “future sounds” can mean having several milliseconds—hundreds of times longer than the tens of microseconds available to conventional headphones—to perform the necessary noise-cancellation computations.

Having the luxury of more time for the DSPs to do their work means the system can counter more complex sounds and noises, Shen says. Early lab testing suggests that the new technology could exceed the performance of a premium noise-canceling headphone such as the Bose QuietComfort 35 Smart Headphone, as described in a paper presented at the ACM SIGCOMM Conference held in Budapest, Hungary, from 20–25 August 2018. [READ MORE]