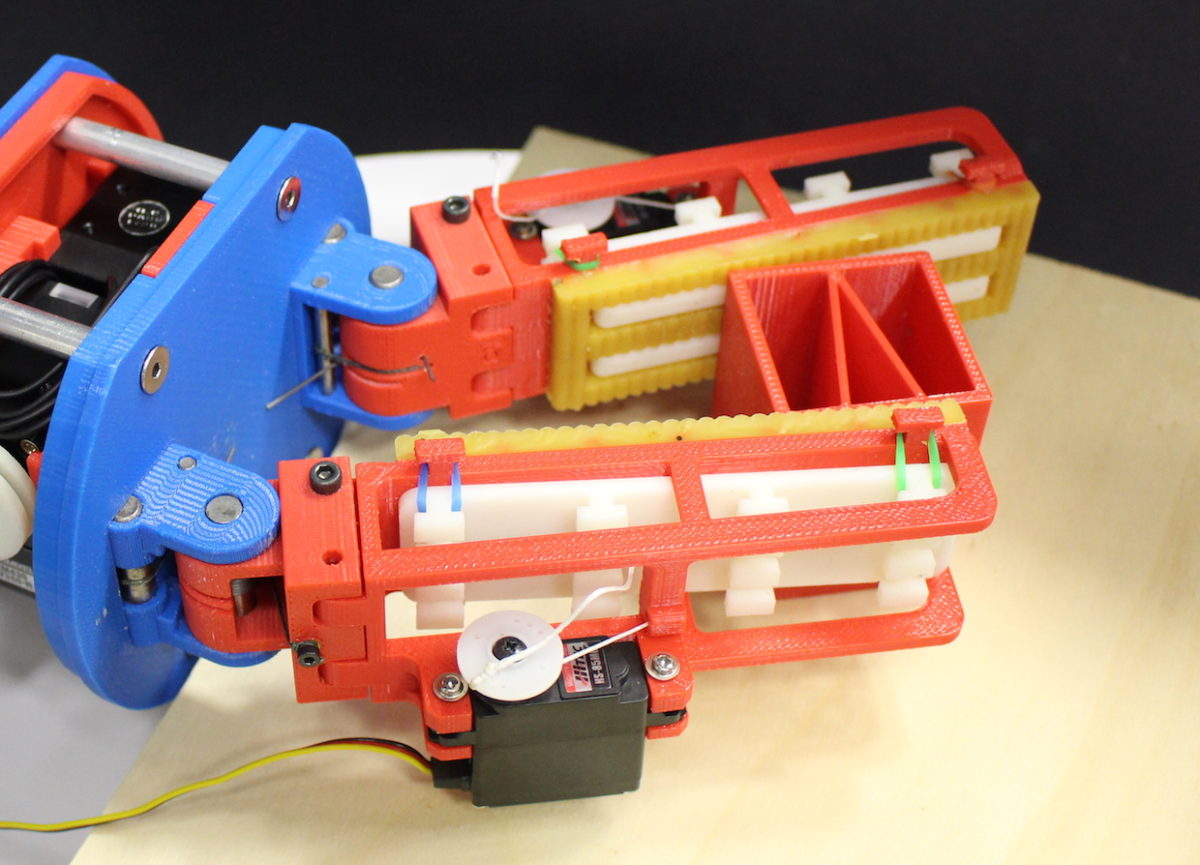 In-hand manipulation is one of the things near the top of a very, very, very long list of things that humans do without thinking that are extraordinarily difficult for robots. It’s the act of repositioning an object with one hand, usually with your fingers—you do it whenever you pick up a pen, for example, to switch from a “picking up” grasp to a “writing something” grasp. Next time you do this, pay attention to the intricate, coordinated motion that happens, and ask yourself just how in the world you could honestly expect a robot to do something similar.

And yet, robots are learning to do such things. For example, OpenAI recently taught a five-fingered hand to manipulate a cube, which is great, if you have a lot of patience and/or computing resources, and the budget for a fancy hand and stuff. For those of us without wealthy (and occasionally eccentric) patrons, a conventional gripper is a more realistic option, and researchers from Yale University’s GRAB Lab have developed a two-finger design with a clever variable-friction system that can do in-hand manipulation at a fraction of the cost.

“Our approach is quite different and uses a very simple hand setup and a very simple controller, but with finger surfaces inspired by the unique biomechanical properties of the human finger pads, which change their effective friction as normal force is increased,” says Ad Spiers, a former GRAB Lab researcher and now a research scientist at the Max Planck Institute for Intelligent Systems in Stuttgart, Germany. “This enables people to choose whether their fingers grip or slide over objects.”

The nice thing about your fingers is that you (probably) have bones in them, and they are (probably) surrounded by squishy tissue bits, and (hopefully) covered in textured skin. This is a phenomenal combination, since the bone lets you execute gripping force when you want to, while the skin and fat can maintain softer contact to let objects slide around. By using hard, friction-y contact in concert with softer sliding-y contact, you’re able to manipulate objects in all sorts of ways. Yale’s variable-friction fingers are an attempt to replicate this sort of functionality, through hardware that can turn friction on and off to alternate between gripping and sliding.  [READ MORE]