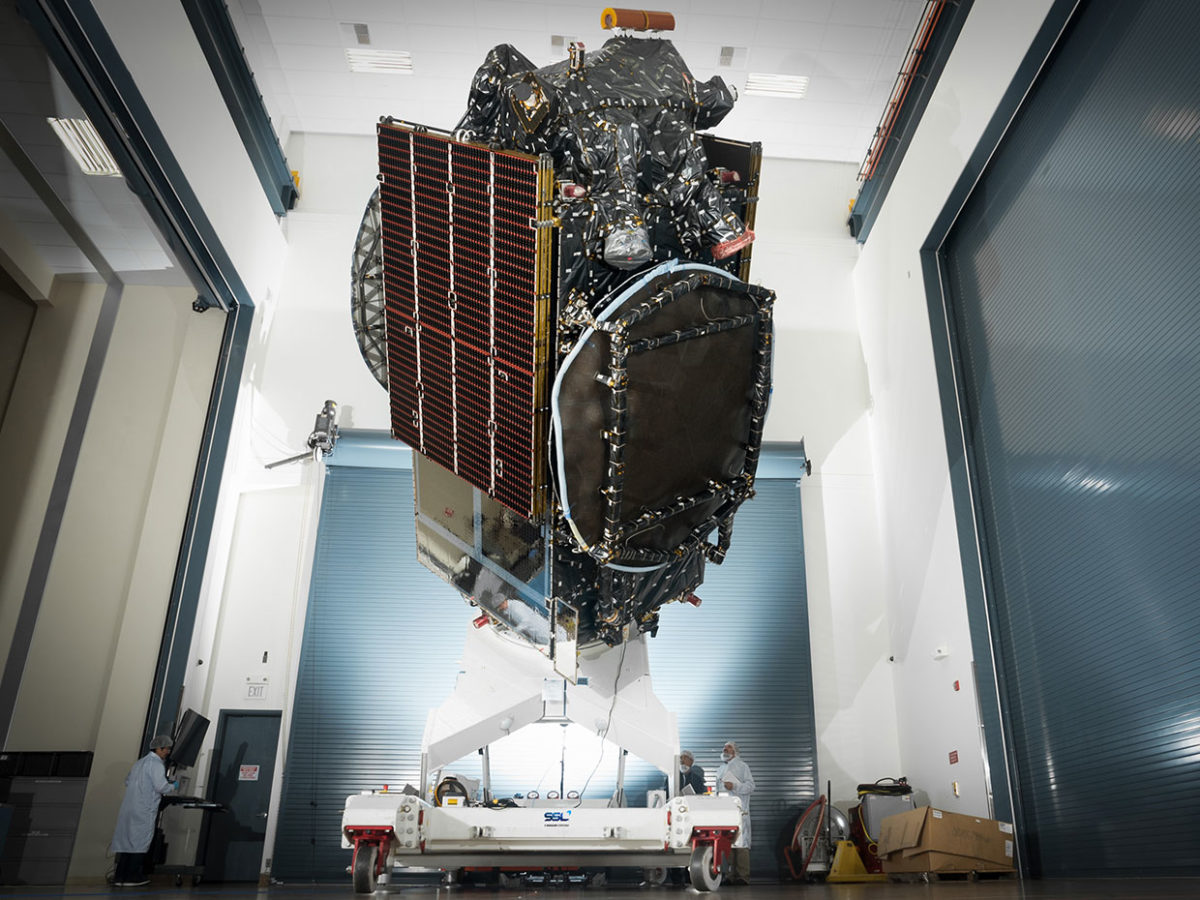 Not long after midnight on 7 August, a Falcon 9 rocket propelled Merah Putih from Cape Canaveral, Florida, along the first leg of a lofty journey. Merah Putih—a name signifying the colors of Indonesia’s flag, red and white—is a communications satellite with 3D-printed components that make it lighter and cheaper, without sacrificing strength.

The satellite, which was constructed for state-owned operator Telkom Indonesia, is the second of three communication satellites launched this summer by SSL, a spacecraft manufacturing company based in Palo Alto, California. Each satellite features advances in design, construction, and, perhaps most important, communications technology. That doesn’t mean the satellites are identical, however—each one’s components will help it complete specific operations.

“It’s really rare for us to build the exact same satellite twice, even for the same customer,” says Rob Schwarz, SSL’s acting CTO. While the three satellites launching this summer are all based on the company’s proven SSL 1300 model, each one will be slightly different due to the type of coverage it will provide, the location it will operate in, and other factors.

Merah Putih follows Telstar 19 VANTAGE, built for Canadian operator Telesat, into space, and they will soon be joined in geosynchronous orbit by Telstar 18 VANTAGE, also for Telesat, by the end of August.

Traditionally, communication satellites have used wide area beams to deliver coverage to the hemisphere they’re over. Schwarz says this drove satellite technology for years, but SSL’s latest satellites for Telesat will combine this tried-and-true method with a more focused beam called a spot beam.

“An analogy is the human eye and the insect compound eye,” says Schwarz. “The human eye is one wide view; the compound eye is like spot beams.” Spot beams function like individual facets of an insect’s compound eye, each one pointed in a slightly different direction. Though these spot beams will use the same spectrum bands typically allocated for satellite use, they will deliver much higher data rates.

Schwarz says the combination of wide area beams and spot beams—sometimes referred to as high-capacity beams—addresses both the need for general, wide-range coverage while also acknowledging that users are not uniformly distributed across the hemisphere that the satellite is covering. “There will be a backdrop of broad area beams, and in high-density areas, we’re adding spot beams to aid coverage,” Schwarz says.

Despite the new method of coverage, the spectrum bands these satellites will use remain largely unchanged. “Historically, C band has been really important,” says Schwarz, referring to the 4- to 8-gigahertz (GHz) portion of the microwave range that was initially attractive for satellite use. The C band sees the least amount of attenuation through Earth’s atmosphere, making it ideal for long distance signals.

But it’s also in decline. It’s a lower frequency with a lower data-carrying capacity than the increasingly popular Ku band (12 to 18 GHz) and Ka band (26 to 40 GHz). The Telstar satellites, for example, will use the C band to provide the wide area coverage, and the higher frequency Ku and Ka bands for spot beams.

Although only the satellites built for Telesat carry spot beams, all three satellites benefited from other advances. SSL has started using 3D printing to manufacture its satellites. The three satellites for Telkom Indonesia and Telesat were made using this technique. In the past, antenna design and construction was a real bottleneck, according to Schwarz, because each satellite requires a different configuration based on its needs. Now, 3D printing—or to be more accurate, additive manufacturing—speeds up the process, and allows more complex joint geography and potentially less-massive satellites along the way. And when you’re launching satellites that weigh several thousand kilograms, any reduction in weight saves a lot of fuel. [READ MORE]