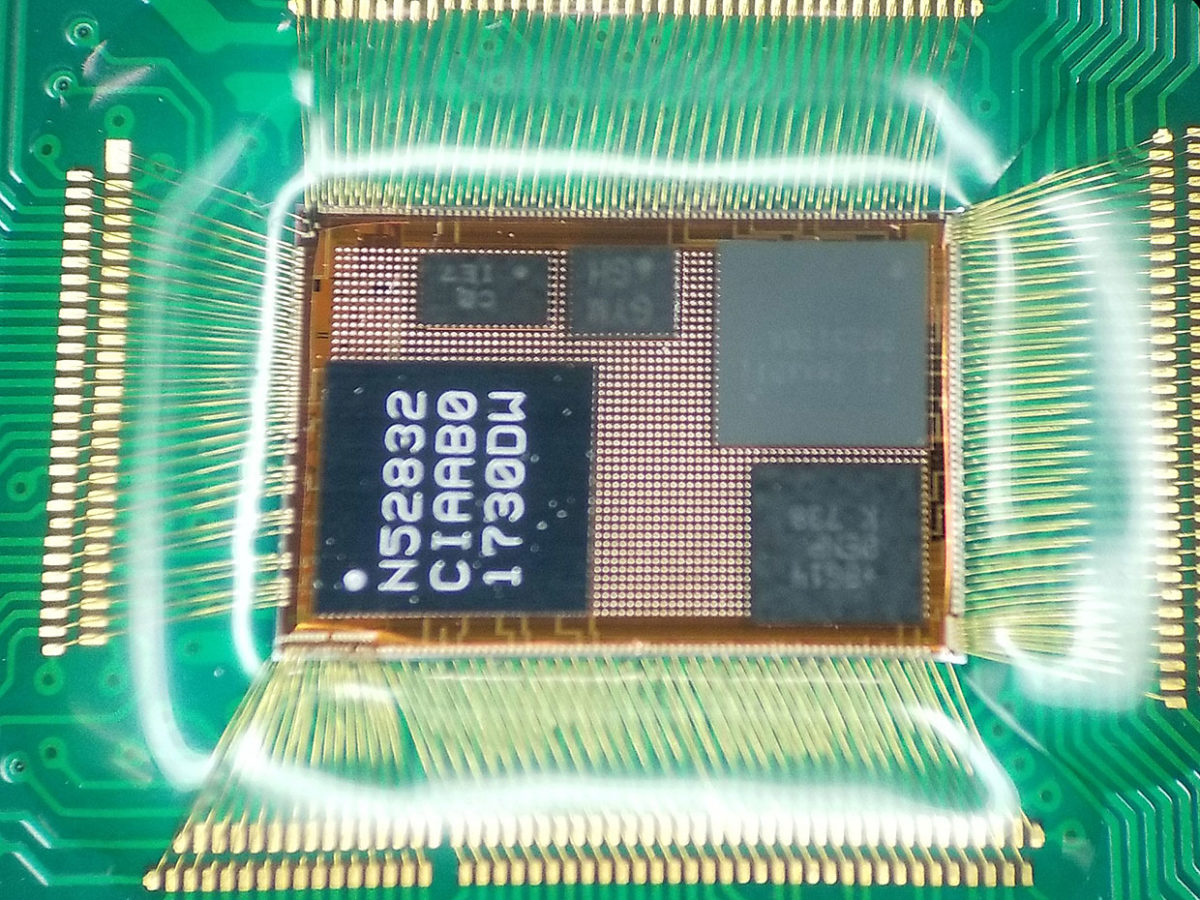 Startup says its ZiP chip hits the sweet spot—smaller than a printed circuit board, cheaper than a system-on-chip

Have you taken a look at Kickstarter recently? Earlier this week, entrepreneurs were trying to fund more than 1,400 projects to build some kind of wearable device, and another 200 to build an IoT gadget.

Moving from an idea on Kickstarter to a prototype and then to mass manufacture is challenging, however. Many of these 1,600 developers have yet to find that out; other entrepreneurs have an idea but don’t have the time or cash to create a prototype they can display on Kickstarter.

Today, manufacturing a wearable requires either assembling components onto a printed circuit board—an approach that can be counterproductive when you are trying to make a gadget as small and light as possible—or developing a multichip module (MCM) or system-in-package (SIP), custom-built on an organic or ceramic substrate with copper wires connecting chips.

“Developing these devices isn’t cheap or easy,” says Greg Taylor, an advisor to a startup called zGlue that’s based in Mountain View, Calif. “It’s OK if you’re part of a big company. If not, though, you may be out of luck.” He says zGlue estimates that getting to a prototype SIP could cost a small company more than US $200,000.

ZGlue has created what it says is the key to a whole new world of wearable and IoT gadgets: the ZiP chip. (ZiP stands for zGlue Integration Platform) A ZiP chip uses the same off-the-shelf minimally packaged chips as a multichip module, but zGlue says design and manufacturing, using its technology, is vastly simpler, faster, and cheaper.

ZGlue’s secret sauce is its use of a silicon substrate, with a grid of fine wires for reprogrammable connections between the chips, and some resistors, capacitors, and gates for built-in power management, system management, and memory. [READ MORE]