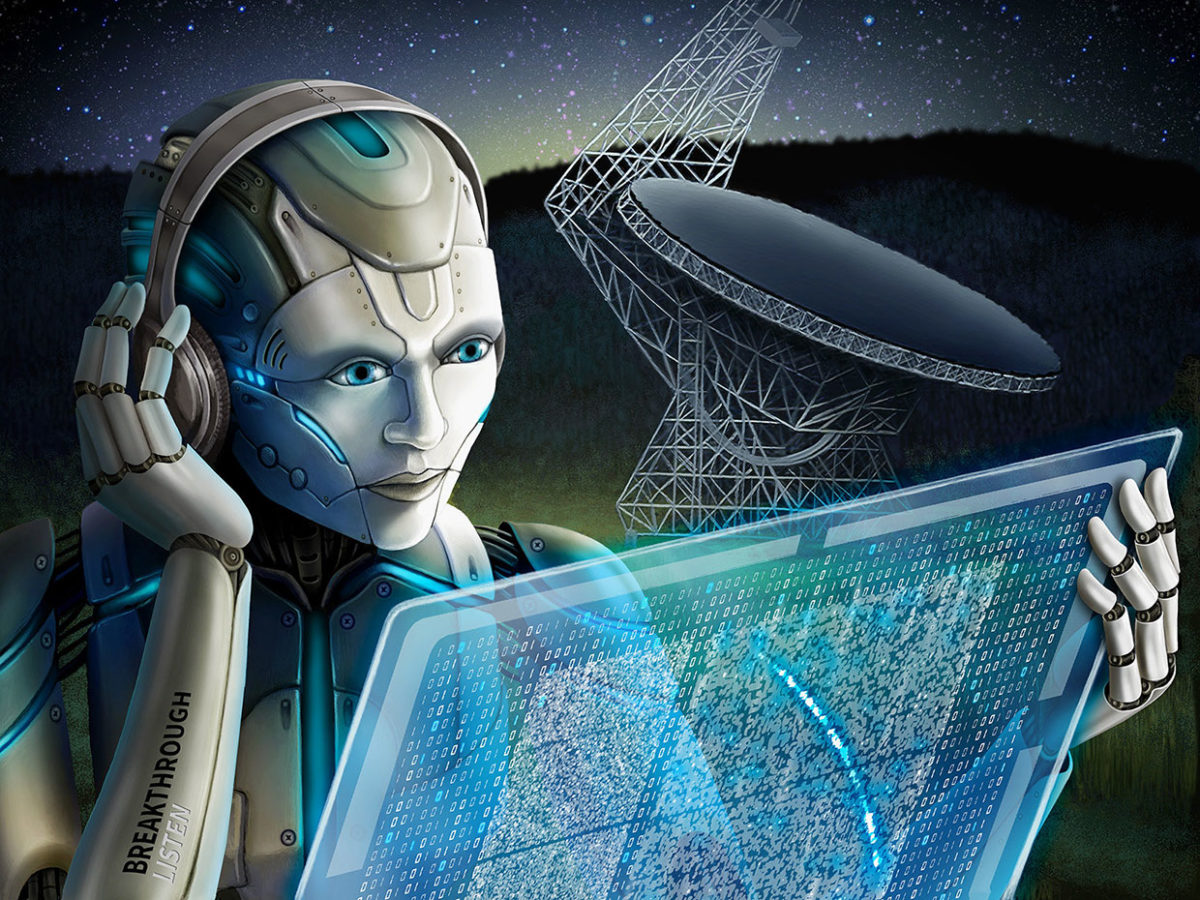 To date, radio astronomers have catalogued fewer than 300 fast radio bursts, mysterious broadband radio signals that originate from well beyond the Milky Way. Almost a third of them—72, to be precise—were not detected by astronomers at all, but instead were recently discovered by an artificial intelligence (AI) program trained to spot their telltale signals, even hidden underneath noisy background data.

Radio astronomers almost never spot fast radio bursts, or FRBs, when they happen. Instead, the vast majority are found by sifting through massive amounts of data after the fact. Even the very first recorded FRB, spotted in 2007, was nestled in data from 2001.

That’s why AI developed by Breakthrough Listen, a SETI project headed by the University of California, Berkeley, which has already found dozens of new bursts in its trial run, will be a big help in future searches. “This new AI will allow us to pick up signals not picked up by traditional algorithms,” says Gerry Zhang, a graduate student at the Berkeley SETI Research Center.

There are a few theories about what FRBs might be. The prevailing theory is that they’re created by rapidly rotating neutron stars. In other theories, they emanate from supermassive black holes. Even more out-there theories describe how they’re produced when neutron stars collide with stars composed of hypothetical dark matter particles called axions. The bursts are probably not sent by aliens, but that theory has its supporters, too.

What we do know is that FRBs come from deep space and each burst lasts for only a few milliseconds. Traditionally, algorithms tease them out of the data by identifying the quadratic signals associated with FRBs. But these signals are coming from far-flung galaxies. “Because these pulses travel so far, there are plenty of complications en route,” says Zhang. Pulses can be distorted and warped along the way. And even when one reaches Earth, our own noisy planet can obfuscate a pulse.

That’s why it makes sense to train an AI—specifically, a convolutional neural network—to poke through the data and find the ones that traditional algorithms missed. “In radio astronomy,” says Zhang, “at least nowadays, it’s characterized by big data.” Case in point: the 72 FRBs identified by the Berkeley team’s AI were found in 8 terabytes of data gathered by the Green Bank Telescope in West Virginia.

To even give the AI enough information to learn how to spot those signals in the first place, Zhang says the team generated about 100,000 fake FRB pulses. The simple quadratic structure of FRBs makes it fairly easy to construct fake pulses for training, according to Zhang. Then, they disguised these signals among the Green Bank Telescope data.

As the team explains in their paper, accepted by The Astrophysical Journal with a preprint available on arXiv, it took 20 hours to train the AI with those fake pulses using a Nvidia Titan Xp GPU. By the end, the AI could detect 88 percent of the fake test signals. Furthermore, 98 percent of the identifications that the AI made were actually planted signals, as opposed to the machine mistakenly identifying background noise as an FRB pulse.

And at the end of it all, the AI identified 72 new pulses, while a traditional algorithm that had previously combed the data had only found 21. Interestingly enough, all 93 pulses came from FRB 121102, an FRB source somewhere in a dwarf galaxy located 3 billion lightyears away and a space oddity among FRB sources because it repeats—nearly all other FRB pulses are one-off events. It’s unclear why FRB 121102 is a repeating source of pulses.

AI’s applications are growing clearer in the world of radio astronomy as the field is flooded with more and more data. Still, it’s not simply a matter of plugging this AI—which, again, was trained on data solely from the Green Bank Telescope—into data from a new telescope to hunt for more FRB pulses. Zhang says the Breakthrough Listen team is just starting to look into the challenge of training a machine on one telescope and adapting it to another telescope. Apparently, each telescope has its own quirks.

Breakthrough Listen is also hunting for signals of extraterrestrial intelligence, which, if those signals are out there, could be just as rare and fleeting as FRB pulses. Using AI to find ET will require training machines to self-supervise their own learning and detect likely anomalies worthy of further scrutiny. “Unlike fast radio bursts,” says Zhang, “we don’t know exactly what we’re looking for. We’re looking for something strange in the signal.” [READ MORE]