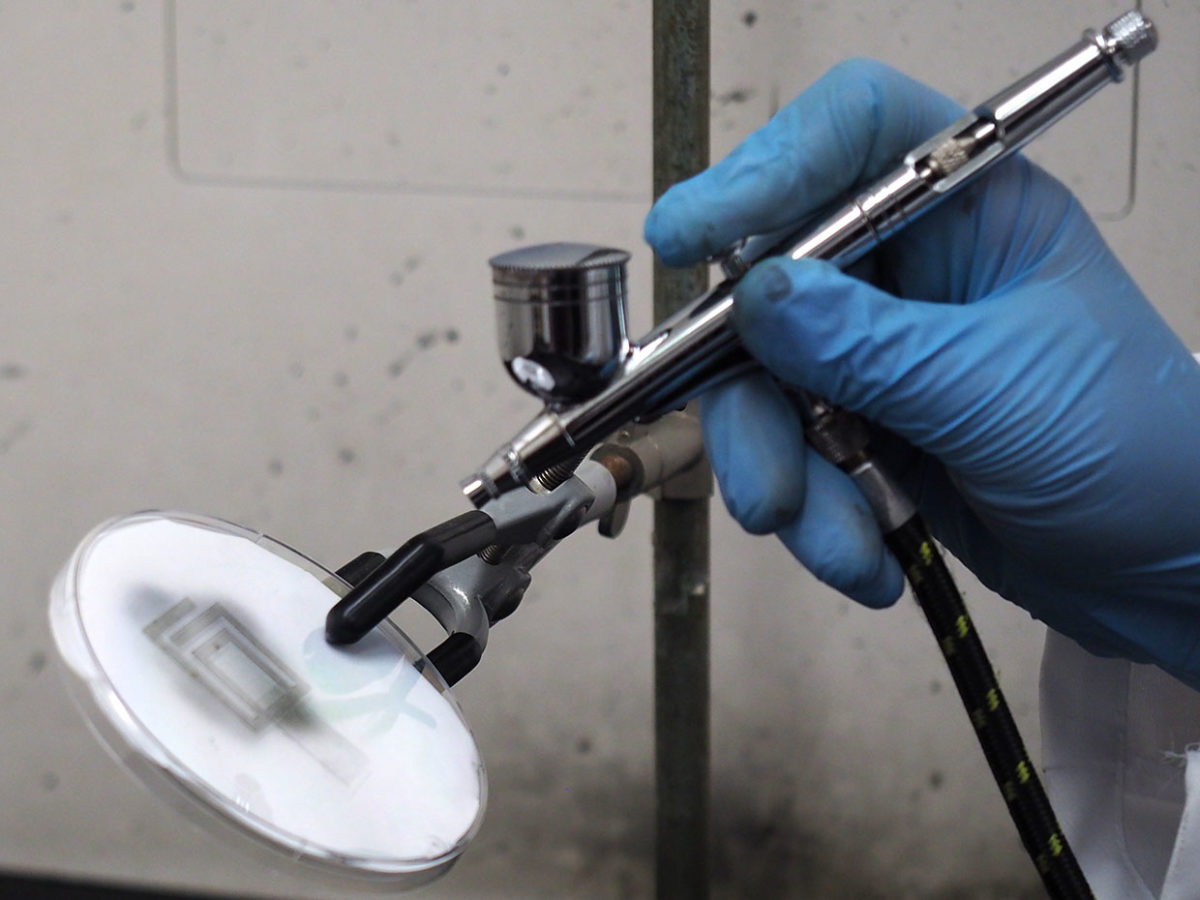 Engineers are good at making minuscule antennas. Nowadays, we can cram antennas into our smartphones or smartwatches without much trouble. But from the perspective of those devices, the antennas inside them are still bulky and take up too much space.

Now, researchers at Drexel University, in Philadelphia, have developed a two-dimensional, “spray-on” antenna that can be used for wearables, IoT devices, and anything else that could conceivably benefit from thin, lightweight, and flexible antennas. They published their work today in Science Advances.

The transparent titanium carbide antenna is a good option for any device in which you don’t want to actually see the antenna, says Asia Sarycheva, a Ph.D. student in Drexel’s Department of Materials Science and Engineering, who conducted the research. “With smart windows, for example, you have to have transparent circuits to send signals. Or solar cells—you need everything [to be] transparent.”

Of course, the antenna isn’t truly two-dimensional, but it is incredibly thin. It’s made from a type of material called a MXene—characterized by a metal like titanium or molybdenum bonded with carbides or nitrides.

The “spray-on” description is exactly what it sounds like. By dissolving MXenes in water, researchers produce a kind of water-based ink. Then, “we can just use a simple spray gun from Home Depot, and just spray the shape we want,” Sarycheva says.

The antenna the group constructed is roughly 100 nanometers thick. For comparison, copper antennas used today have a minimum thickness of about 3,000 nm. Then, “as soon as the ink dries, it’s ready to be used as an antenna,” says Babak Anasori, a nanomaterials researcher at Drexel.

Anasori says their group became interested in this approach when they found, in 2016, that a titanium carbide MXene has high electromagnetic interference shielding, which suggested to them that it would block unwanted electromagnetic signals. Around the same time, they noticed that researchers were publishing papers using nanomaterials, like carbon nanotubes, as antennas. [READ MORE]