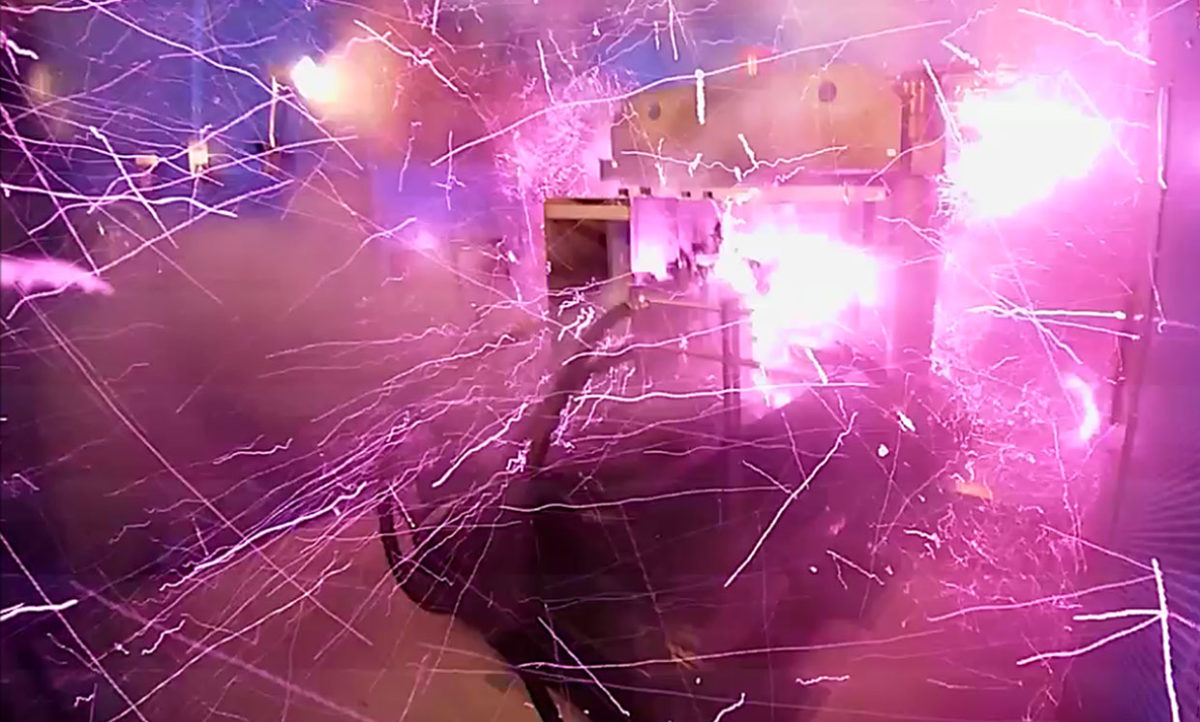 During 40 microseconds last April, Shojiro Takeyama and his team at the University of Tokyo dumped 3.2 megajoules of energy into a newly built scientific instrument and blew part of it to smithereens. The smithereens part was expected; the force of the explosion, not quite. The instrument was designed to generate super-strong magnetic fields for examining semiconductors and other materials at the nanometer scale. Takeyama was expecting about 700 Tesla. He got 1200 T instead—a world record for indoor fields and about 400 times as strong as a typical medical MRI.

Bigger magnetic fields have been made before, but they aren’t practical or reliably reproducible, because they rely on rather dangerous amounts of TNT. It is not an indoor activity.

These fields are generated by starting with a strong, unchanging magnetic field and then rapidly—on the order of microseconds—squeezing it. Instead of causing that squeeze with a TNT-fueled implosion, Takeyama used an electrically-induced one.

The setup looks like this: A set of coils produces a static magnetic field, 3.2-T strong or roughly equivalent to what you experience inside an MRI. At the center of this field is a single coil attached to a bank of capacitors capable of storing 5 megajoules when fully charged. Inside this “main coil” is what’s called the liner. This is a lightweight copper tube not quite 12 centimeters across and only 1.5 millimeters thick.

On command, the capacitors release their charge into the main coil through 480 separate cables. The resulting current increases at an astounding 0.4 million amperes per microsecond and tops out at about 4 MA. This massive flow sets up a magnetic field that induces a counteracting current inside the liner. The two currents produce magnetic fields that repel each other. However, the main coil is a relatively thick and heavily reinforced ring of copper-lined steel and the liner is practically foil. You can guess which wins this fight. “Because of the difference in the mass inertia, the liner implodes inwards” at a rate of about 5 kilometers per second, explains Takeyama. As it does so, it compresses the 3.2 T field so that when the liner is at its smallest, the magnetic field inside it reaches 1200 Tesla. Unable to be compressed any further, the liner rebounds at about the same rate it imploded, destroying itself and the main coil. [READ MORE]