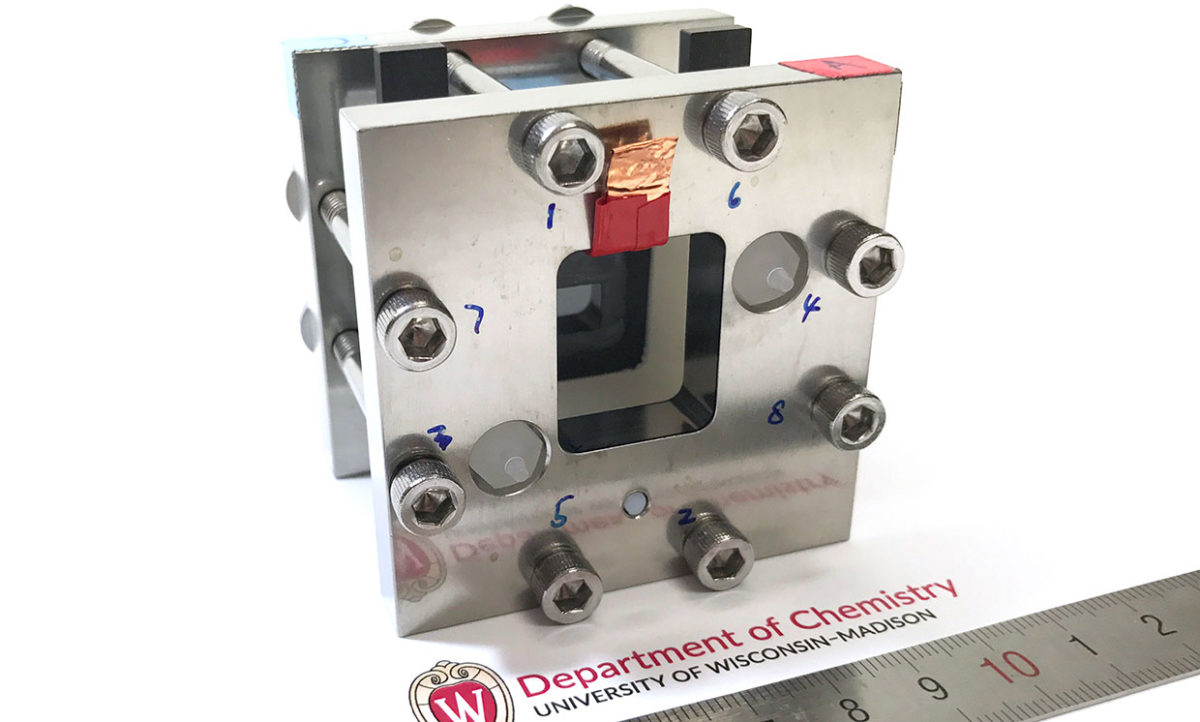 The solar flow battery should be a simple, cheap, and more efficient way to get round-the-clock electricity from the sun

As solar power gets more affordable and installations rise, so does the need for batteries that can store all that energy for 24-hour use. Now researchers report a new device that combines solar cells and batteries into one integrated device, a “solar flow battery.” If it could be made affordable, it could be an ideal way to bring electricity to people in remote, off-grid regions.

It is, of course, possible to just store electricity produced by solar panels in large batteries for electricity when the sun isn’t shining. But combining the two processes and using sunlight to directly charge a battery should in principle be a simpler, more efficient, compact, and cost-effective approach to utilize solar energy, says Song Jin, a professor of chemistry at the University of Wisconsin-Madison. Besides, the device Jin’s team reported in the journal Cell can also behave as a straight-up solar cell or a battery.

Researchers have integrated solar cells with rechargeable batteries before by coupling a light-absorbing semiconductor electrode with a battery electrode. But the 14.1% round-trip efficiency of the new device—calculated as solar energy input to electrical energy output at a different time—is higher than devices made previously.

There are several ways to tap energy from the sun: convert it to electricity with photovoltaics; use its heat to produce steam for turning power plant turbines; and using sunlight, water, and carbon dioxide to directly produce liquid fuels.

Sunlight can also be stored as chemical energy by using it to charge the chemicals in a liquid electrolyte. This is the principle Jin and his colleagues have harnessed for their solar cell/flow battery hybrid.

Touted as ideal for grid storage, flow batteries store energy in tanks of electrolyte solution. The electrolytes, called anolyte and catholyte, serve as the electrodes. Ions move between the electrolytes during charge and discharge.

Jin says there is room for improvement in the device. The high-efficiency solar cell made of expensive III-V semiconductors such as indium gallium arsenide is expensive. And the cell’s voltage does not perfectly match the battery’s working voltage, which hurts efficiency. By using more cost-effective semiconductors, improving the chemistry, and further tweaks to device design, efficiency should go up and cost should go down.

The cost for integrated solar flow battery devices should eventually be lower than individually operated solar photovoltaic devices plus redox flow batteries, he says. “We can see a clear pathway to achieve round-trip efficiency greater than 20 percent [and] believe we could eventually get to 25 percent efficiency using emerging solar materials and new solar cell designs. Then I think commercialization could be possible.”