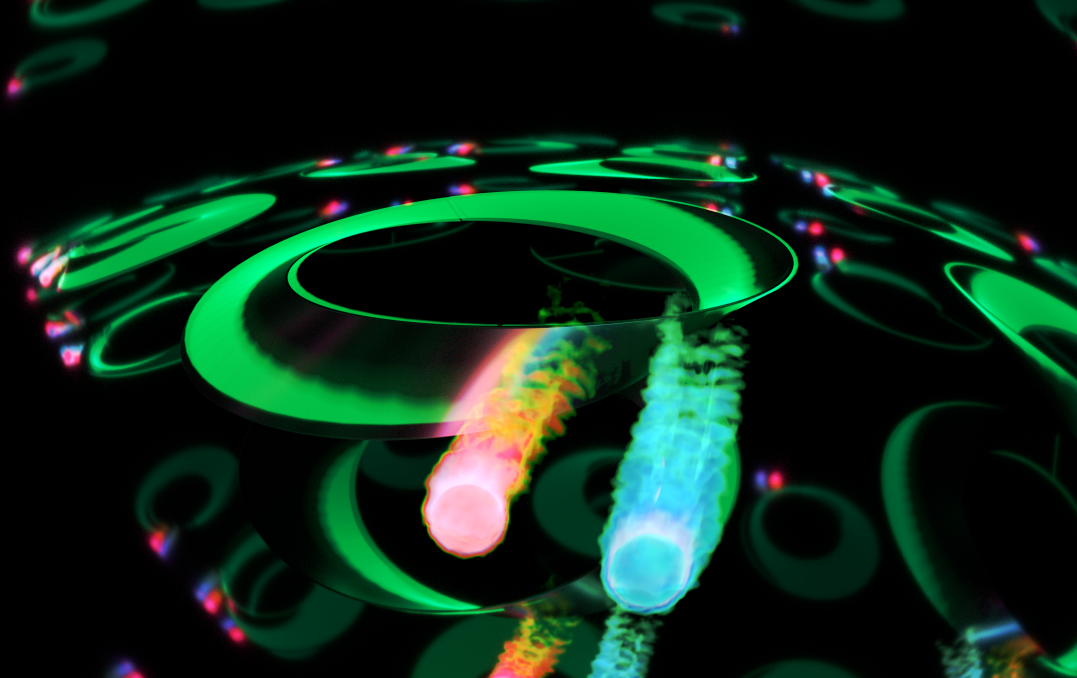 The smallest amount of light you can have is one photon—so dim that it’s pretty much invisible to humans. While imperceptible, these tiny blips of energy are useful for carrying quantum information around. Ideally, every quantum courier would be the same, but there isn’t a straightforward way to produce a stream of identical photons. This is particularly challenging when individual photons come from fabricated chips.

Now, researchers at the University of Maryland have demonstrated a new approach that enables different devices to repeatedly emit nearly identical single photons. The team, led by A. James Clark School of Engineering Associate Professor Mohammad Hafezi, made a silicon chip that guides light around the device’s edge, where it is inherently protected against disruptions. Previously, Hafezi—of the Clark School’s Department of Electrical and Computer Engineering, Joint Quantum Institute, and Institute for Research in Electronics and Applied Physics—and colleagues showed that this design can reduce the likelihood of optical signal degradation. In a paper published online on September 10 in Nature, the team explains that the same physics which protects the light along the chip’s edge also ensures reliable photon production.

Single photons, which are an example of quantum light, are more than just really dim light. This distinction has a lot to do with where the light comes from. “Pretty much all of the light we encounter in our everyday lives is packed with photons,” says Elizabeth Goldschmidt, a researcher at the U.S. Army Research Laboratory and co-author on the study. “But unlike a light bulb, there are some sources that actually emit light, one photon at time, and this can only be described by quantum physics,” adds Goldschmidt.

Many researchers are working on building reliable quantum light emitters so that they can isolate and control the quantum properties of single photons. Goldschmidt explains that such light sources will likely be important for future quantum information devices as well as further understanding the mysteries of quantum physics. “Modern communications relies heavily on non-quantum light,” says Goldschmidt. “Similarly, many of us believe that single photons are going to be required for any kind of quantum communication application out there.”

Scientists can generate quantum light using a natural color-changing process that occurs when a beam of light passes through certain materials. In this experiment the team used silicon, a common industrial choice for guiding light, to convert infrared laser light into pairs of different-colored single photons.

They injected light into a chip containing an array of miniscule silicon loops. Under the microscope, the loops look like linked-up glassy racetracks. The light circulates around each loop thousands of times before moving on to a neighboring loop. Stretched out, the light’s path would be several centimeters long, but the loops make it possible to fit the journey in a space that is about 500 times smaller. The relatively long journey is necessary to get many pairs single photons out of the silicon chip. [READ MORE]