Building Robots That Can Go Where We Go 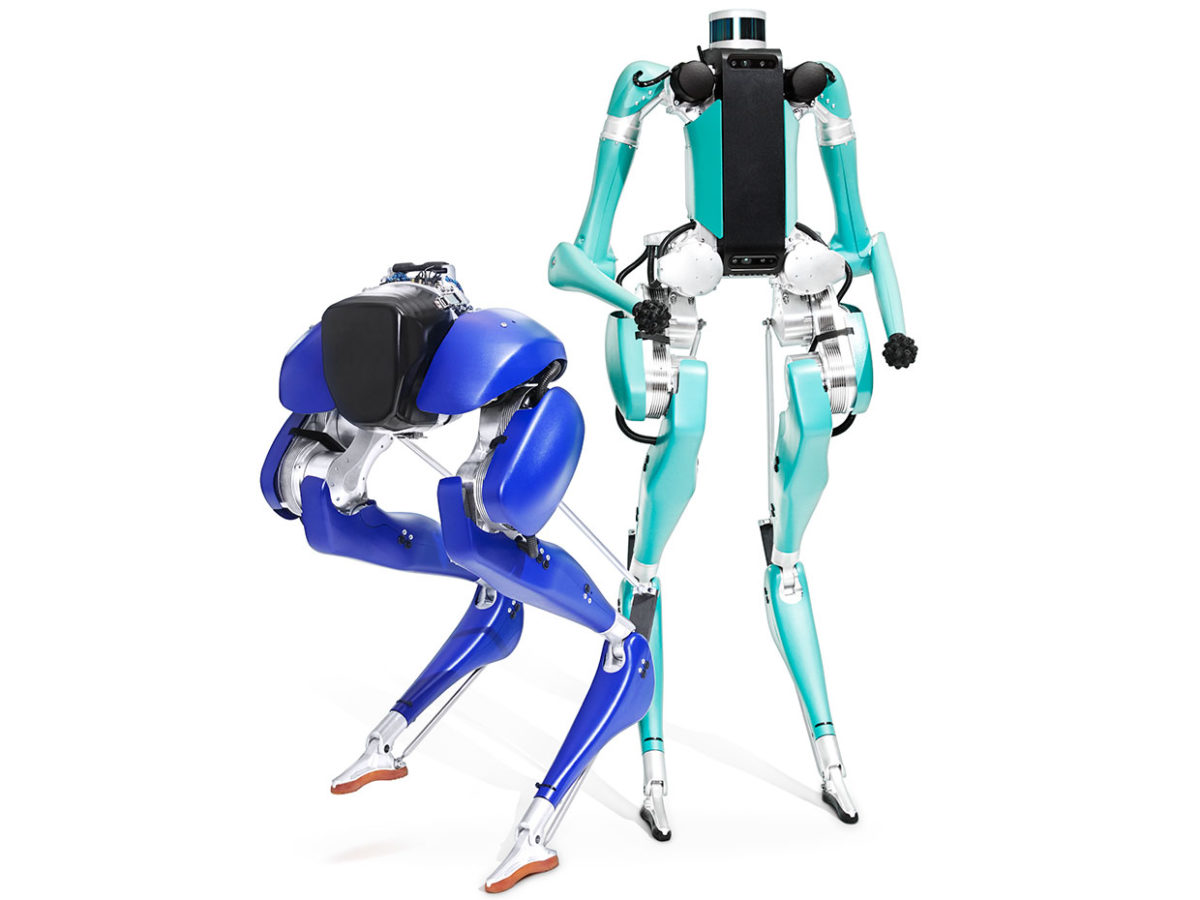 To be useful around people, robots need to learn how to walk like we do

Robots have walked on legs for decades. Today’s most advanced humanoid robots can tramp along flat and inclined surfaces, climb up and down stairs, and slog through rough terrain. Some can even jump. But despite the progress, legged robots still can’t begin to match the agility, efficiency, and robustness of humans and animals.

Existing walking robots hog power and spend too much time in the shop. All too often, they fail, they fall, and they break. For the robotic helpers we’ve long dreamed of to become a reality, these machines will have to learn to walk as we do.

We must build robots with legs because our world is designed for legs. We step through narrow spaces, we navigate around obstacles, we go up and down steps. Robots on wheels or tracks can’t easily move around the spaces we’ve optimized for our own bodies.

Indeed, many humanoids feature legs that look similar to ours, with hips, knees, ankles, and feet. But the similarities usually end there: If you compare, for example, the forces these robots exert on the ground with those a human exerts, you’ll discover that they are often quite different. Most humanoids, descended from early industrial robot arms, control their limbs to follow specified trajectories as accurately and rigidly as possible. However, legged locomotion does not require position control so much as force control, with plenty of pliability and elasticity—known in robotics as compliance—to allow for unexpected contacts.

A number of research groups have been trying to build robots that are less stiff and that can move in a more dynamic, humanlike fashion. The most famous such robot is perhaps Atlas, from Boston Dynamics, a humanoid that can run on hard and soft terrain, leap over logs, and even do backflips. But again, when we compare the motion of even the most sophisticated robots with what animals can achieve, the machines fall short.

What are we missing? Technology isn’t the biggest hurdle: Motors are powerful enough, materials are strong enough, and computers are fast enough. Rather, the limiting factor appears to be our basic understanding of how legged locomotion works.

At Oregon State University’s Dynamic Robotics Laboratory, I lead a group of researchers seeking to identify the underlying principles of legged locomotion and to apply our discoveries to robots. I’m also the cofounder and chief technology officer of Agility Robotics, a startup based in Albany, Ore., that’s exploring commercial uses for robotic legged mobility. In 2017, we unveiled Cassie, a bipedal platform we have sold to several research groups. Soon we will have a new robot ready to step out into the world: Digit has legs similar to Cassie’s, but it also features perception sensors and a pair of arms, which it will use for stability and, in the future, manipulation.

Through both the lab and the company, we’re working toward a future in which robots will be able to go anywhere people go. I believe dynamic-legged robots will one day help take care of elderly and infirm people in their homes, assist with lifesaving efforts in fires and earthquakes, and deliver packages to our front doors. Robotic legs will also enable exoskeletons and powered prosthetic limbs to give people with disabilities more mobility. They’ll finally bring the robots imagined in science fiction into our daily lives. [READ MORE]