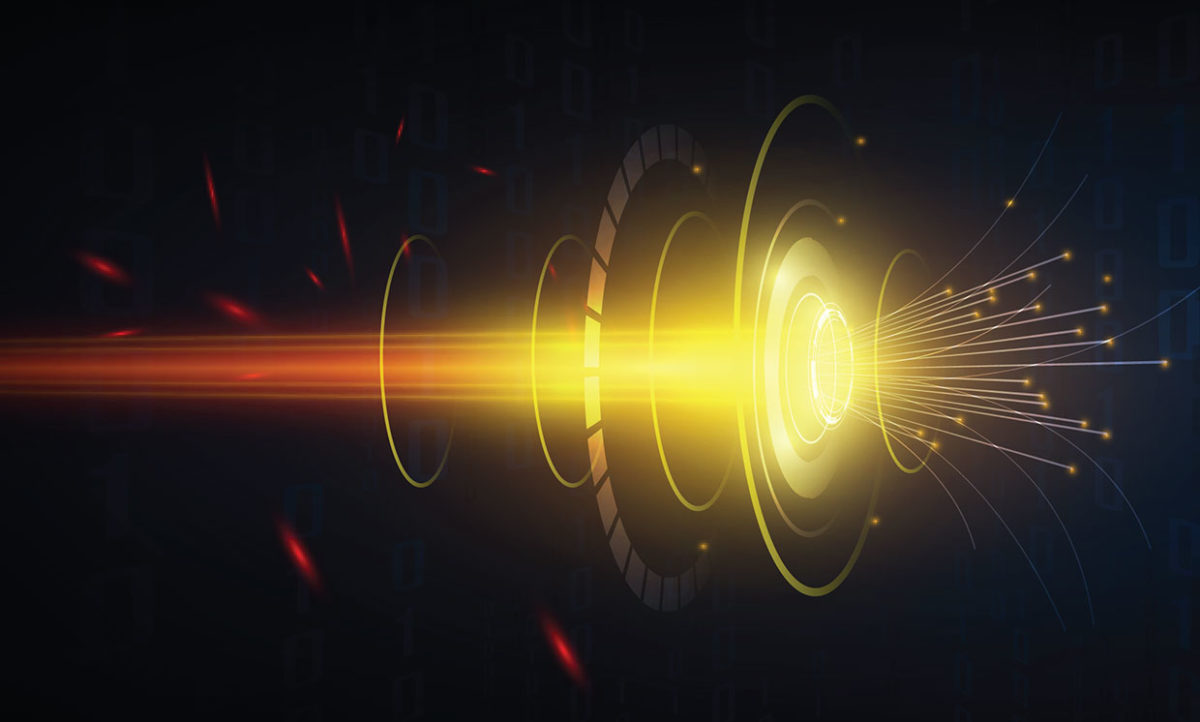 A new fiber-optic system can carry 800 gigabits of data per second, a big step up from top speeds of 100 or 200 gigabits in today’s data centers

Data centers that host massive amounts of content and cloud computing are at the center of the global information network. Equipment-makers are racing to keep up with the rapid growth of content and demand for bandwidth to process and distribute all of this information around the world.

Feeding the hungry network beast has become a big business, and one of the leaders in that effort is introducing a new record-setting system this week at the Optical Fiber Communications Conference (OFC), cosponsored by IEEE, which is being held March 3 to 8 in San Diego.

Ciena’s new WaveLogic 5 Extreme system can transmit 800 gigabits of data per second on a single wavelength of light through up to 200 kilometers of optical fiber. The company says it will begin deliveries by year-end.

Fiber-optic transmission capacity has grown at Moore’s Law rates since the 1980s, helping to drive the rise of information technology. High-capacity long-haul systems have fueled network growth, most recently in the Pacific Light Cable. That system will carry a record 144,000 gigabits per second between Hong Kong and Los Angeles by sending 240 wavelengths through each of six fiber pairs when it comes online this year.

However, the bulk of data carried on those big cables is now moving between corporate data centers. Facebook and Google bought shares of the Pacific Light Cable to link their data centers in Asia and North America. Data center capacities are growing faster than 10 percent a year, and stretching out among multiple buildings as the network transforms, says Helen Xenos, senior director of portfolio marketing for Ciena. Operators want to integrate cable networks connecting sites that may be tens of kilometers apart so they look seamless to users.

Much data center traffic is packaged as 100-gigabit Ethernet transmitted on one of about a hundred wavelengths in an optical fiber. But operators want to squeeze more data through the cables. The number of ports installed in data centers to carry 200 gigabits or more are expected to increase more than 50 percent a year over the next three to five years, says Jimmy Yu, a vice president at a market research firm called Dell’Oro group.