VR for Your Ears: Dynamic 3D Audio Is Coming Soon 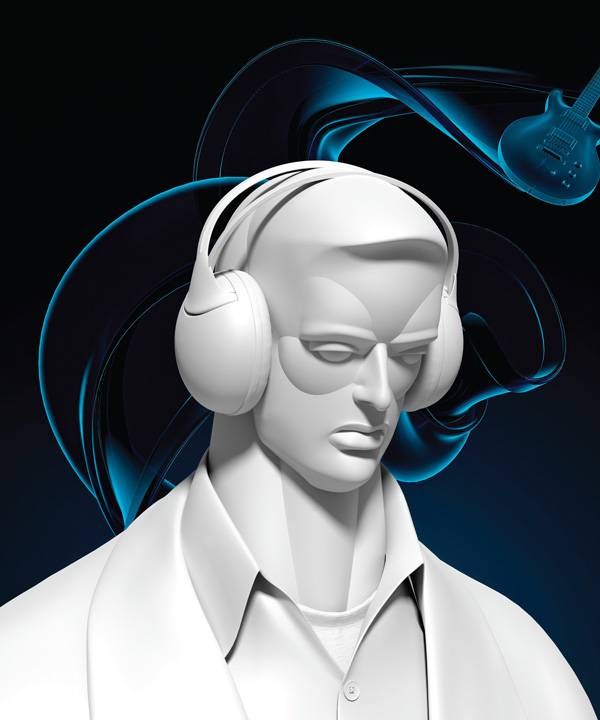 A truly realistic experience in VR requires immersive audio. Here’s how to create it

Put on your virtual-reality headset and be transported to a distant planet, ducking the crossfire in a battle between alien species. Laser rifle shots whiz by your head; military shuttles hover before you; the frantic calls of comrades hail from all directions.

Now you are courtside at a basketball game. You hear players trash-talking on the court in front of you and coaches yelling from the bench to your left. Turn your head and the sound spins with you; the announcers in the broadcast booth are in front of you, the court sounds behind.

Now you’re at the Gothenburg Concert Hall, whose acoustics are ranked among the best in the world. From your front-row seat, the 109-person orchestra before you simmers quietly at first, then roars to life, its sound enveloping you. Turn your head to the left to hear the violins more strongly; turn it to the right and hear the cellos and brass section a little above the rest.

Today the technology to create the visual component of these virtual-reality (VR) experiences is well on its way to becoming widely accessible and affordable. But to work powerfully, virtual reality needs to be about more than visuals. Unless what you are hearing convincingly matches the visuals, the virtual experience breaks apart.

Take that basketball game. If the players, the coaches, the announcers, and the crowd all sound like they’re sitting midcourt, you may as well watch the game on television—you’ll get just as much of a sense that you are “there.”

Unfortunately, today’s audio equipment and our widely used recording and reproduction formats are simply inadequate to the task of re-creating convincingly the sound of a battlefield on a distant planet, a basketball game at courtside, or a symphony as heard from the first row of a great concert hall. [READ MORE]