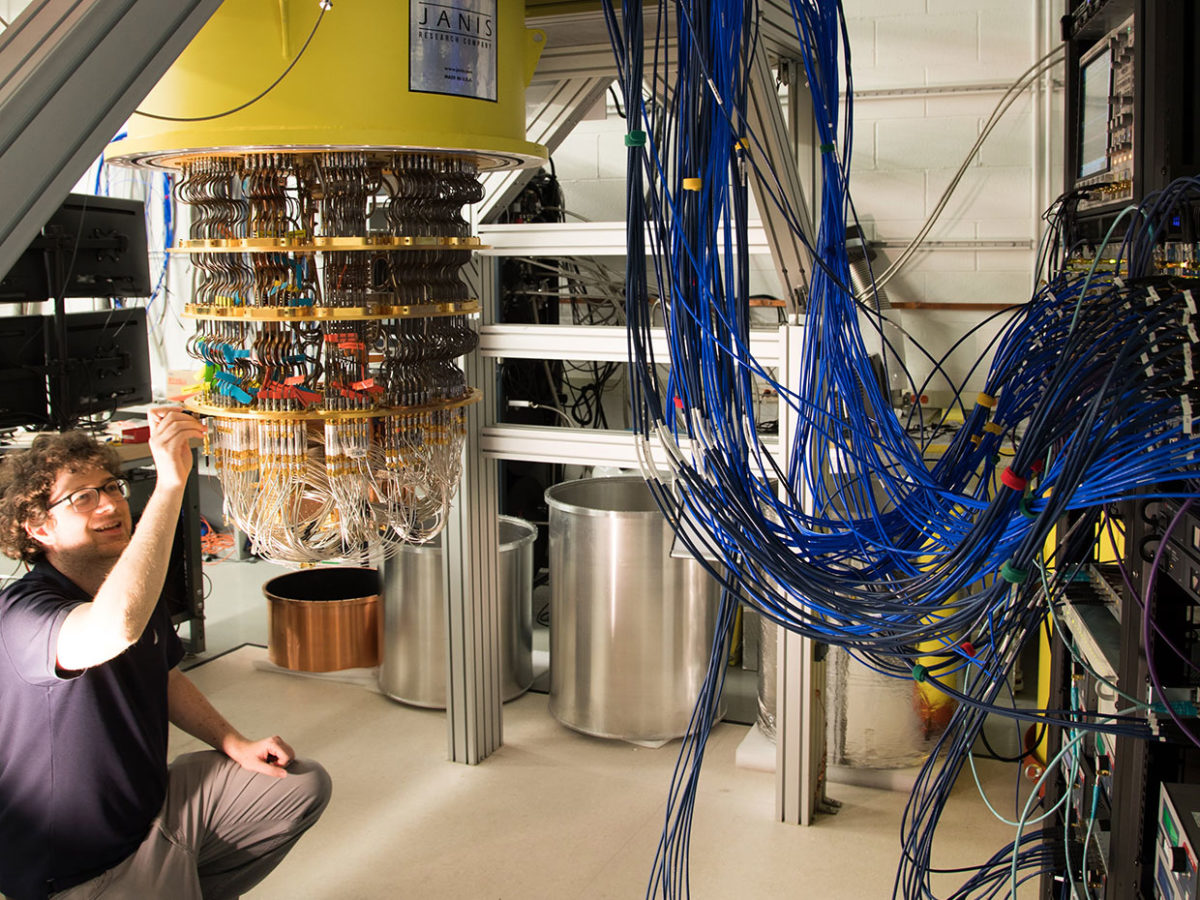 One of the big limiters to today’s quantum computing systems is that while their superconducting qubits live in a cryogenic enclosure at less than 1 kelvin, all the control and readout circuits must be at room temperature. For today’s sub-100-qubit systems, there’s enough space for specialized RF cabling to come in and out of the enclosure. But to scale up to the million-qubit systems needed to do really cool stuff, there just won’t be enough room.

So quantum computer engineers want to bring some of those electronics inside the cryogenic fridge. In a first step, researchers at Google, the University of Massachusetts at Amherst, and the University of California Santa Barbara reported making a key control circuit in CMOS that will work at cryogenic temperatures. The circuit they described at the IEEE International Solid-State Circuits Conference in San Francisco last month is a high-performance, low-power pulse modulator needed to program the qubits. It is the first disclosed instance of a CMOS cryogenic quantum control IC interacting with real qubits.

“The current approach is OK for now,” says Joseph Bardin, a University of Massachusetts at Amherst associate professor of electrical and computer engineering who designed the IC while on sabbatical at Google. “But it’s not scalable to a million qubits.” For Google’s 72-qubit quantum processor there are already 168 coaxial cables going into the refrigerator and connecting to the 10-millikelvin quantum processor.

The pulse modulator IC Bardin worked on is used to encode quantum states on a qubit in order to execute a program. Quantum computers get their parallelizing power because qubits don’t have to be just 0 or 1, like the bits in an ordinary computer. Instead, they can be a mix of those states. The pulse modulator uses a specific set of RF frequencies to produce that mix.

“The biggest challenge is heat dissipation,” explains Bardin. The qubits are at 10 millikelvins, but the control circuits, which necessarily throw off heat, can’t be held that low. The researchers aimed for 4 K for the control IC. “However, at 4 K, thermodynamics limits the efficiency of cooling. The best you’re going to get is about 1 percent efficiency. In practice it’s worse.” So the power dissipated by the electronics per qubit had to be only in the milliwatt range.

That power constraint had to be balanced with the need for control accuracy, Bardin says. This was complicated by how differently CMOS transistors behave at 4 k, which is a more than 200 degrees below what silicon foundries’ simulation models can deal with.

“Transistors are fairly sensitive to temperature,” says Bardin. When extremely cold, the voltage needed to switch changes, metal interconnects lose resistance, and once-semiconducting substrates become insulators, among other oddities. Perhaps most significant was that at cryogenic temperatures, there was a drastic variation in the relative characteristics of individual transistors when they were operated at low power levels.

Bardin and the Google team managed to design the IC in a way that compensates for these problems and achieves the balance between power consumption and performance. The resulting IC consumed less than 2 mW, yet it was able to put a qubit through its paces in testing. Other big players in quantum computing, such as IBM and Intel, may be working on similar systems but they have not yet revealed their cryogenic ICs.

There are still two other control components that have yet to be cryogenically integrated. One is the readout system, and the other controls a different aspect of the qubit than the pulse modulator. And there is still plenty of work to do on characterizing the performance of the pulse modulator and optimizing it, says Bardin. [READ MORE]