How Much Power Will Quantum Computing Need? 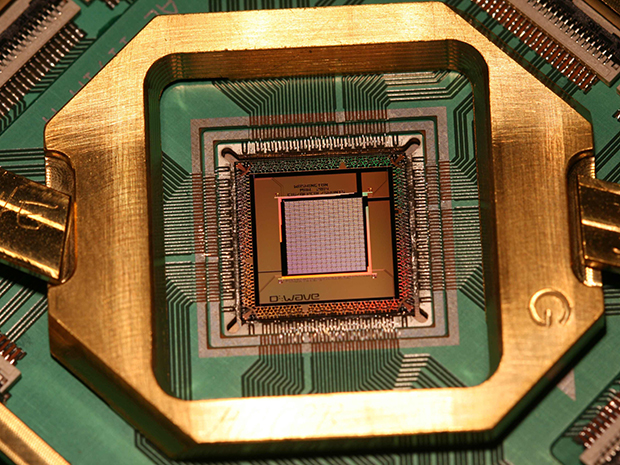 The new 1,000-qubit machine installed at Google’s Quantum AI Lab spends most of its power on keeping cool

For now, D-Wave’s machines can scale up the number of quantum bits (qubits) they use without significantly increasing their power requirements. That’s because D-Wave’s quantum computing hardware relies on a specialized design consisting of metal niobium loops that act as superconductors when chilled to a frigid 15 millikelvin (-273°  C). Much of the D-Wave hardware’s power consumption—slightly less than 25 kilowatts for the latest machine—goes toward running the refrigeration unit that keeps the quantum processor cool. The quantum processor itself requires a comparative pittance.

“The operation of the quantum processor itself requires remarkably little power—only a tiny fraction of a microwatt—which is essentially negligible in comparison to the power needs of the refrigerator and servers,” says Colin Williams, director of business development & strategic partnerships at D-Wave Systems.

The new 1 000-qubit D-Wave 2X machine installed at Google’s lab has about double the qubits of its predecessor, the D-Wave Two machine. But the minimal amount of power used by the quantum processor means that “the total system power will still remain more or less constant for many generations to come” even as the quantum processor scales up to thousands of qubits, Williams says.

D-Wave can currently get away with this because the same “cryostat” unit that uses so many kilowatts of power would still be sufficient to cool much larger quantum processors than the ones currently in use.

“It would be similar if you attach a large cooling device to your PC that uses many kilowatts of power—you would barely see an increase in power consumption when going to larger systems since the power is dominated by the large cooling infrastructure,” says Matthias Troyer, a computational physicist at ETH Zurich. [READ MORE]