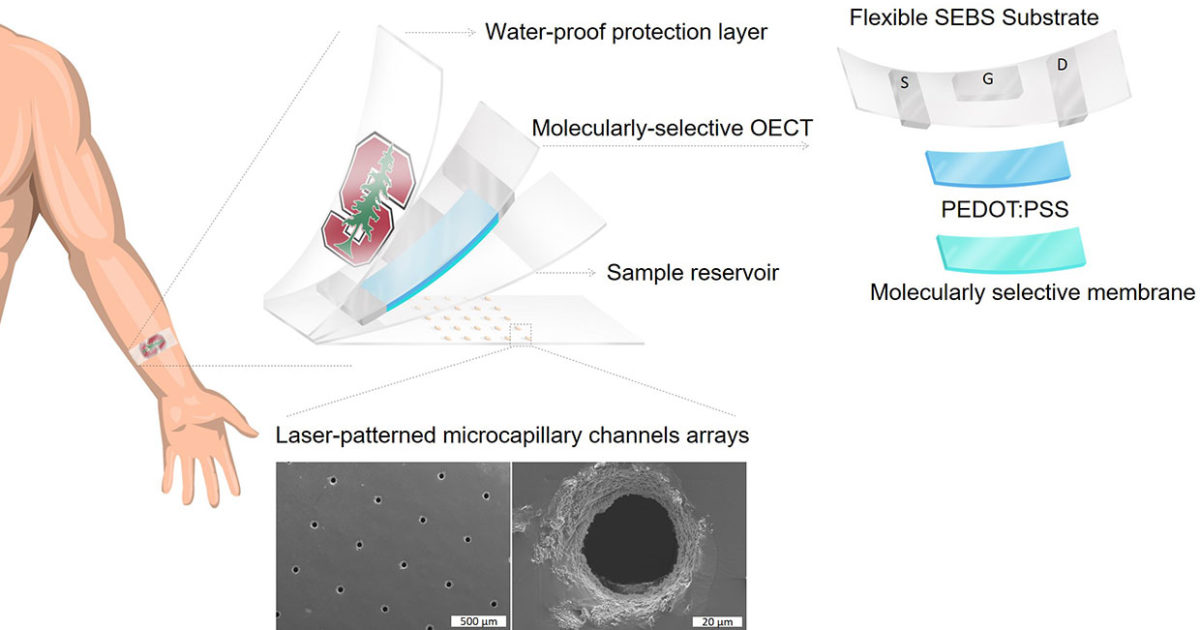 Cortisol is key to tracking stress, but it’s tough to measure in an instant; Stanford researchers say they’ve figured out how

Stress. We all know it can be bad for us. It affects blood pressure, metabolism, immune response, and memory. Over time, it can contribute to the development of chronic diseases. So scientists and health professionals are putting a lot of effort into finding ways to measure and help patients cope with it.

Wearables that use sweat to detect stress typically track temperature, heart rate, and perspiration levels as markers for stress. But all of those markers can be affected by non-stress factors.

Far better an indicator that someone is under stress is a change in the amount of cortisol produced by their body. Cortisol, a steroid hormone, goes up when a person is under physical or emotional strain. It can be measured by testing blood, saliva, or hair, but none of these options provide quick results, so are not particularly useful for detecting short-term stressors.

That’s why a wearable that can provide instant, accurate, and ongoing measurements of cortisol levels is something of a holy grail for researchers working on wearable sensors.

Today, a team of researchers at Stanford says that achievement is within reach. The group, led by materials science and engineering associate professor Alberto Salleo and postdoctoral research fellow Onur Parlak, announced in Science Advances that they’ve developed a wearable patch that can determine how much cortisol someone is producing in seconds, using sweat drawn from the skin under the patch.

The stretchy patch pulls in the sweat through perforations to a reservoir. A membrane on top of the reservoir allows charged ions, like sodium and potassium, to pass through. Cortisol, which has no charge, can’t pass, and instead blocks the charged ions. Signals sent from an electrical sensor in the patch can be used to detect these backups and determine how much cortisol is in the sweat. [READ MORE]