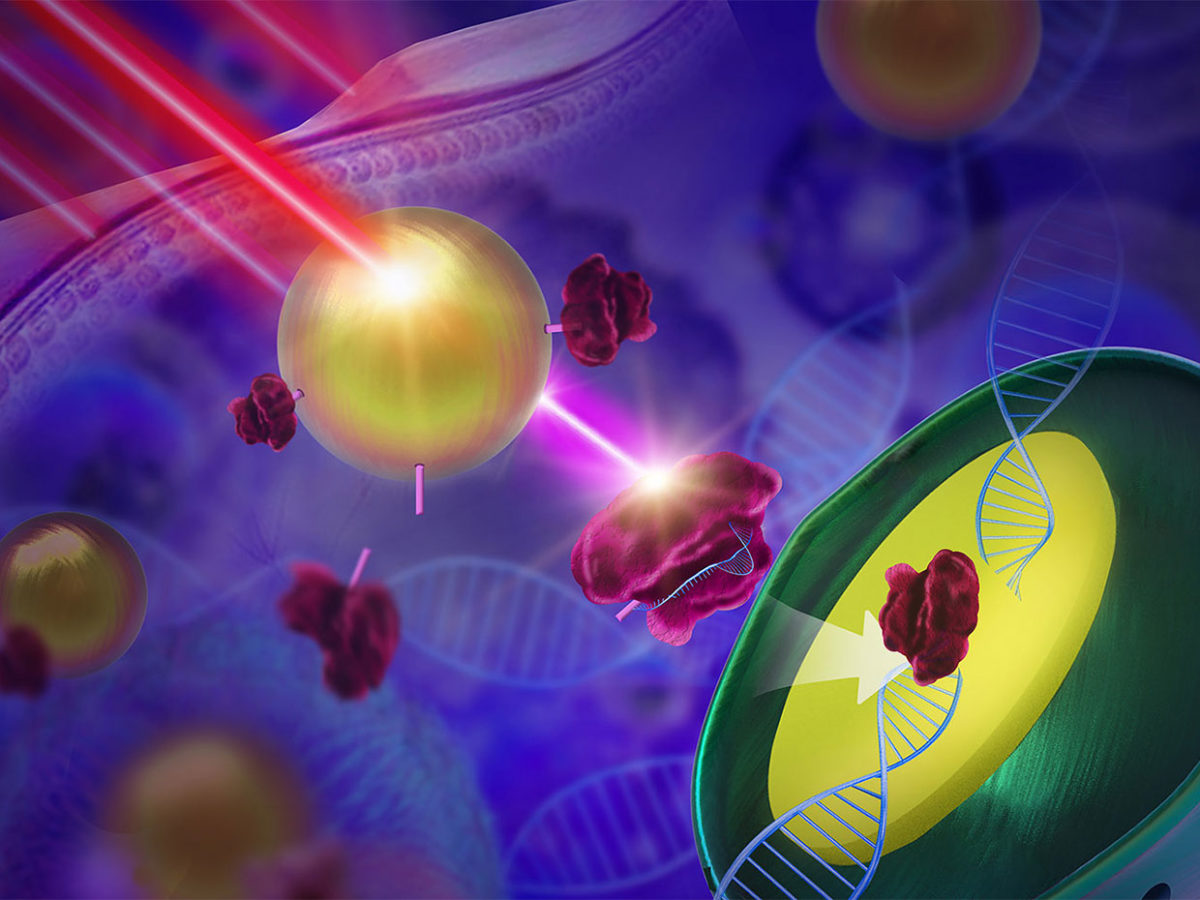 Engineers are making their mark on biotech’s hottest commodity. Chinese scientists today reported that they can control the gene editing tool CRISPR-Cas9 with light.

The method replaces the use of viruses traditionally used to deliver CRISPR gene editing machinery, and gives scientists temporal control over the tool, the researchers said. They published their findings in the journal Science Advances.

The technique has the potential to precisely target and kill cancer cells, says Yujun Song, an author of the paper and a professor in the College of Engineering and Applied Sciences at Nanjing University in China.

CRISPR—short for Clustered, Regularly Interspaced, Short Palindromic Repeats, is a genetic phenomenon found in microbes that scientists have turned into a DNA chopping machine. When combined with certain proteins, typically one called Cas9, the biological complex can cut and paste DNA, altering life’s genetic code.

Physically delivering CRISPR-Cas9 into a cell typically requires hitching the complex to a virus. The virus invades the nucleus of the target cell, delivering the CRISPR cut-and-paste machinery. The strategy works, but using viruses as a delivery method can cause problems, such as provoking cancer or an immune response.

Researchers have proposed several alternative delivery materials, including gold nanoparticles, black phosphorus, metal-organic frameworks, graphene oxide, and various nanomaterials. These methods avoid some of the pitfalls of viruses, but still don’t give scientists control over the timing of gene editing.

That’s where light comes in. The authors of the new report anchored CRISPR-Cas9 to light-converting nanoparticles using a light-sensitive chemical compound. Then, by exposing the particles to light, the scientists triggered the release of the CRISPR-Cas9 machinery from the nanoparticles, delivering them to cells on demand.

The system is smart not only because the timing of the release of CRISPR-Cas9 can be controlled, but also because it can be delivered fairly deep into the body, and controlled remotely.

Key to remote control of the system is the use of light-converting nanoparticles, called upconversion nanoparticles, as the delivery material. These nanoparticles absorb and convert low-energy near-infrared (NIR) radiation to visible, ultraviolet (UV) light, and have been used lately in other biomedical applications.

Both types of light are needed to get the job done. NIR light penetrates human tissue to reach the nanoparticles deep in the body (something UV light can’t do). And UV light has the ability to cut the light-sensitive molecules, untethering CRISPR-Cas9.

Next, they shined NIR light from outside the mouse body toward the target, triggering the nanoparticles to convert it and emit UV light. The UV light breaks up the light-sensitive compound, and releases the CRISPR-Cas9 complex to do its job. Tumor growth in the mice slowed, the authors reported.

The researchers hope to apply the tool not only to cancer, but also Parkinson’s disease and diabetes, says Song. “Our group is focused on nanomedicine and we are going to develop the tool for disease treatment in the human body,” he says. Other lead collaborators on the paper include Youhui Lin at the Research Institute for Biomimetics and Soft Matter at Xiamen University, and Yuzhen Wang at the Key Laboratory of Flexible Electronics and Institute of Advanced Materials at Nanjing Tech University.  [READ MORE]