This Robot Hummingbird Is Almost as Agile as the Real Thing 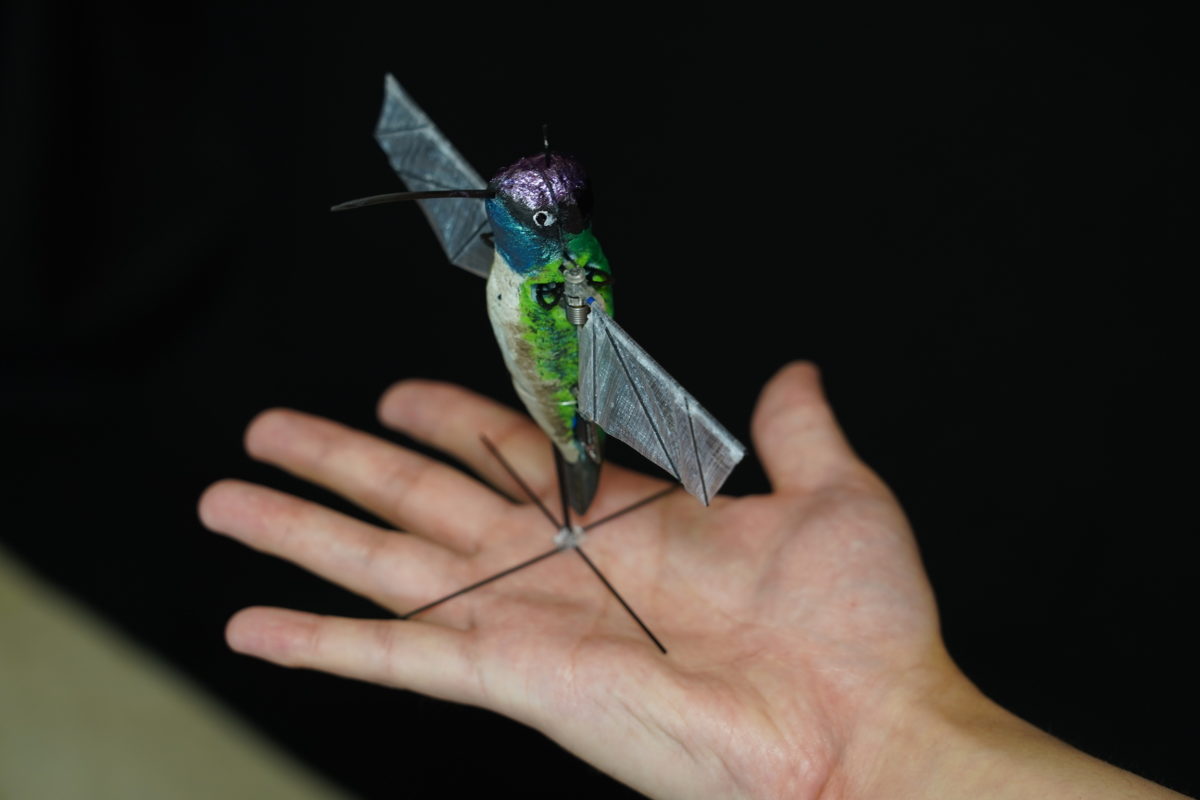 Hummingbirds are some of the most nimble fliers on Earth. Their speed and agility are spectacular, driven by the complex muscles that control their wings. This is a difficult system for robots to emulate, and in general, the small winged robots that we’ve seen have relied on compromises in control in order to be able to use flapping wings for flight.

At Purdue University’s Bio-Robotics Lab, Xinyan Deng and her students are taking a very deliberately bio-inspired approach towards winged robotic flight that has resulted in one of the most capable robotic hummingbirds we’ve ever seen. It’s just about the same size and shape as the real thing, and the researchers hope it will be able to perform the same sorts of acrobatic maneuvers as an actual hummingbird. And more importantly, it’s robust enough that it can use its wings as sensors to navigate around obstacles, meaning that it has a shot at being useful outside of a lab.

The first thing to point out here is that the robot is both tethered for power and control, and that it’s using an external localization system to keep itself stable in mid-air. We’re less put off by this than we might be otherwise, though, because the robot is able to lift more than twice its own weight, meaning that the additional hardware that it’ll take to go fully autonomous (with onboard power, sensing, computing, and communications) is achievable using existing, available technology.

If you look closely, you can see in some of the slow motion clips that each of the robot’s wings is controlled by its own motor, which is changing its direction more than 30 times per second. These decoupled wings allow the robot to take advantage of the same flapping dynamics that real hummingbirds do, with small differences in motion between the wings resulting in dramatic maneuvers. It’s also these direct-drive motors that allow the wings to be used as sensors. The motors are able to detect changes in wing kinematics, like when ground effect adds lift or when the wing encounters an obstacle, and then react accordingly, which includes compensating for wing damage. [READ MORE]