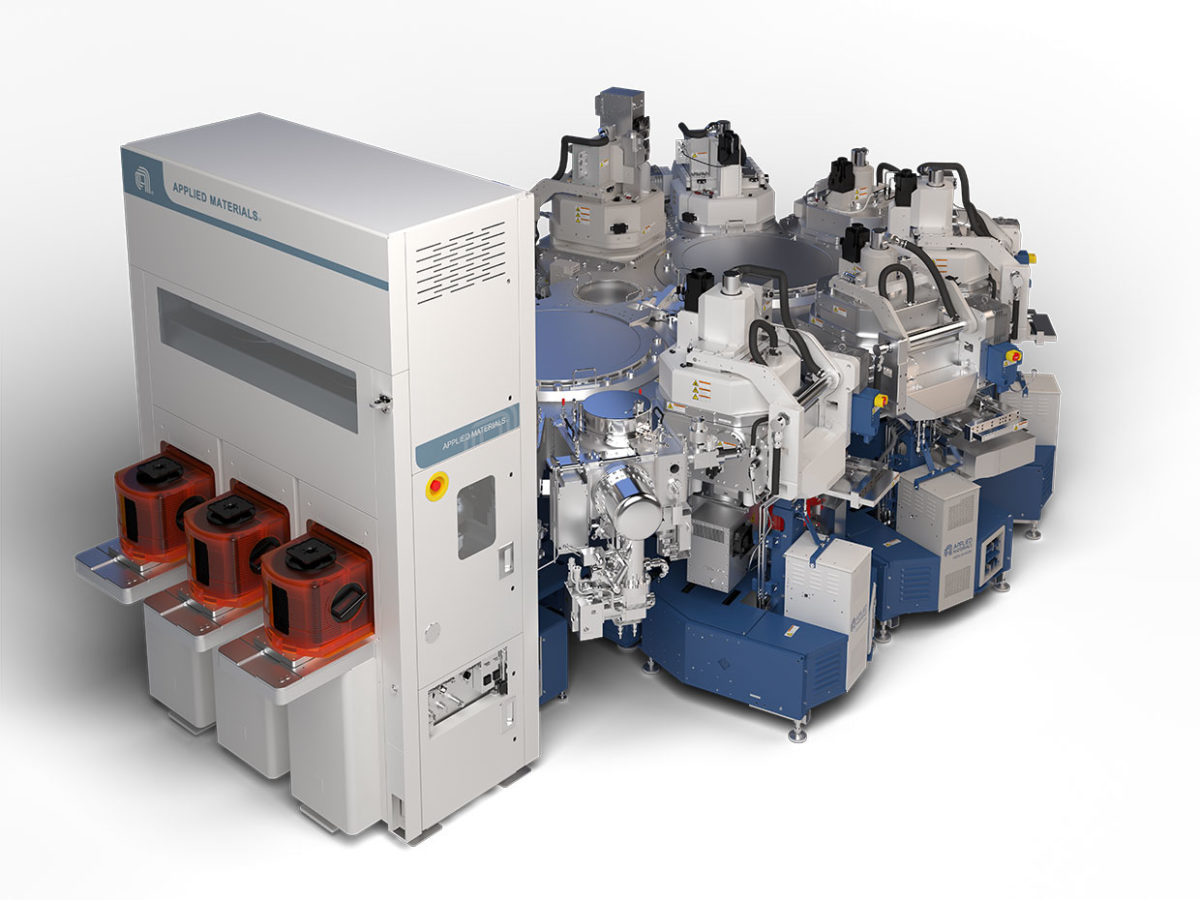 Chip equipment giant Applied Materials wants foundry companies to know that it feels their pain. Continuing down the traditional Moore’s Law path of increasing the density of transistors on a chip is too expensive for all but the three richest players—Intel, Samsung, and TSMC. So to keep the customers coming, other foundries can instead add new features, such as the ability to embed new non-volatile memories—RRAM, phase change memory, and MRAM—right on the processor. The trouble is, those are really hard things to make at scale. So Applied has invented a pair of machines that boost throughput by more than an order of magnitude. It unveiled the machines on 9 July at Semicon West, in San Francisco.

Building embedded spin-torque transfer MRAM—a two-terminal device that stores data in the materials’ magnetic orientation—is a particularly difficult task. “MRAM is a complex stack,” says Kevin Moraes, vice president of metal deposition at Applied Materials. Each cell has “30-plus layers and 10-plus materials. Some are only a couple angstroms thick; even fractional variation can have a strong effect.”

Building it requires many passes through physical vapor deposition (PVD) tools. Hard drive manufacturers have had the ability to make such structures for their read heads, but the volume of those devices is so low that they could afford to use a low-yield, and therefore expensive, process, says Moraes.

But when nonvolatile memory is just one part of a larger—and potentially expensive—piece of logic, you need a high-yield and high-throughput process. Inside a single vacuum system, Applied Materials’ new Endura Clover system integrates nine PVD tools, each of which can deposit five different materials. The system also includes an atomic-precision metrology unit, so the thicknesses of the deposited materials can be measured without having to leave the vacuum environment.

Phase change RAM (PCRAM) and resistive RAM are somewhat simpler to construct than MRAM. PCRAM stores its bit as the crystal state of material, which is resistive in its amorphous state and more conductive in its crystalline state. RRAM’s information is also stored as a resistance, but it changes according to a conductive bridge that forms through an otherwise resistive material. The Endura Impluse, Applied’s solution for those two memory technologies, is also a nine-PVD machine with integrated metrology.

Moraes indicated that certain customers already were using the two tools. Though he wouldn’t name them, it seems likely that GlobalFoundries is among them. Diversifying its offerings to include embedded nonvolatile memories was a key strategy for the company when its leadership decided to abandon the manufacturing nodes at 7-nanometers and below. The company began offering embedded MRAM in 2018. The company already manufactures chips for stand-alone MRAM producer Everspin, which recently began pilot production of a 1-gigabit chip. GlobalFoundries isn’t alone among the majors in embedding MRAM, of course. TSMC, Intel, and Samsung have also developed it.

Embedded nonvolatile memories are also key to some kinds of neuromorphic and deep learning accelerators. For neuromorphic chips, the memory cells encode the values of the neural network’s synapses. In deep learning, they form the backbone of the multiply and accumulate circuits that are the basis for AI inferencing. “IBM has been spearheading R&D of new memories for many years, and we see the need for these technologies increasing as the AI era demands improvements in chip performance and efficiency,” Mukesh Khare, vice president for semiconductors and AI hardware and systems at IBM Research said in a press release. [READ MORE]