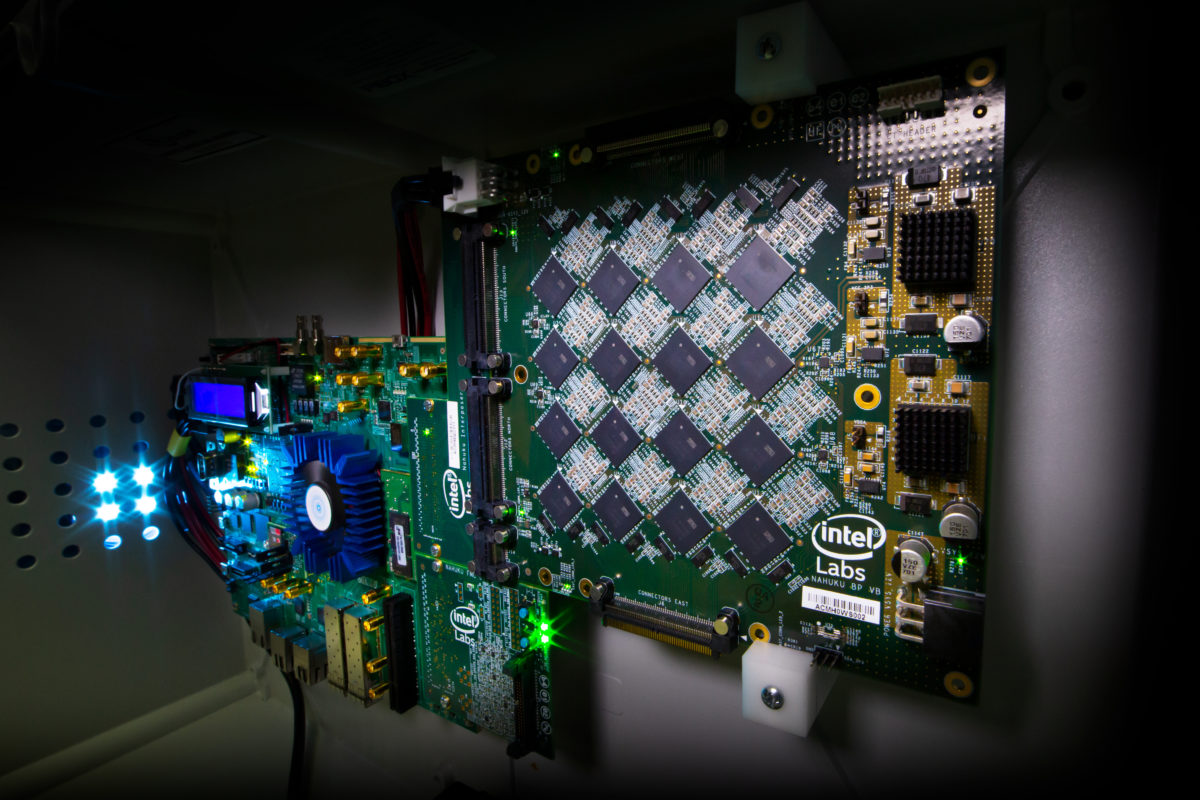 At the DARPA Electronics Resurgence Initiative Summit today in Detroit, Intel plans to unveil an 8-million-neuron neuromorphic system comprising 64 Loihi research chips—codenamed Pohoiki Beach. Loihi chips are built with an architecture that more closely matches the way the brain works than do chips designed to do deep learning or other forms of AI. For the set of problems that such “spiking neural networks” are particularly good at, Loihi is about 1,000 times as fast as a CPU and 10,000 times as energy efficient. The new 64-Loihi system represents the equivalent of 8-million neurons, but that’s just a step to a 768-chip, 100-million-neuron system that the company plans for the end of 2019.

Intel and its research partners are just beginning to test what massive neural systems like Pohoiki Beach can do, but so far the evidence points to even greater performance and efficiency, says Mike Davies, director of neuromorphic research at Intel.

“We’re quickly accumulating results and data that there are definite benefits… mostly in the domain of efficiency. Virtually every one that we benchmark…we find significant gains in this architecture,” he says.

Going from a single-Loihi to 64 of them is more of a software issue than a hardware one. “We designed scalability into the Loihi chip from the beginning,” says Davies. “The chip has a hierarchical routing interface…which allows us to scale to up to 16,000 chips. So 64 is just the next step.”

Finding algorithms that run well on an 8-million-neuron system and optimizing those algorithms in software is a considerable effort, he says. Still, the payoff could be huge. Neural networks that are more brain-like, such as Loihi, could be immune to some of the artificial intelligence’s—for lack of a better word—dumbness.

For example, today’s neural networks suffer from something called catastrophic forgetting. If you tried to teach a trained neural network to recognize something new—a new road sign, say—by simply exposing the network to the new input, it would disrupt the network so badly that it would become terrible at recognizing anything. To avoid this, you have to completely retrain the network from the ground up. (DARPA’s Lifelong Learning, or L2M, program is dedicated to solving this problem.) [READ MORE]