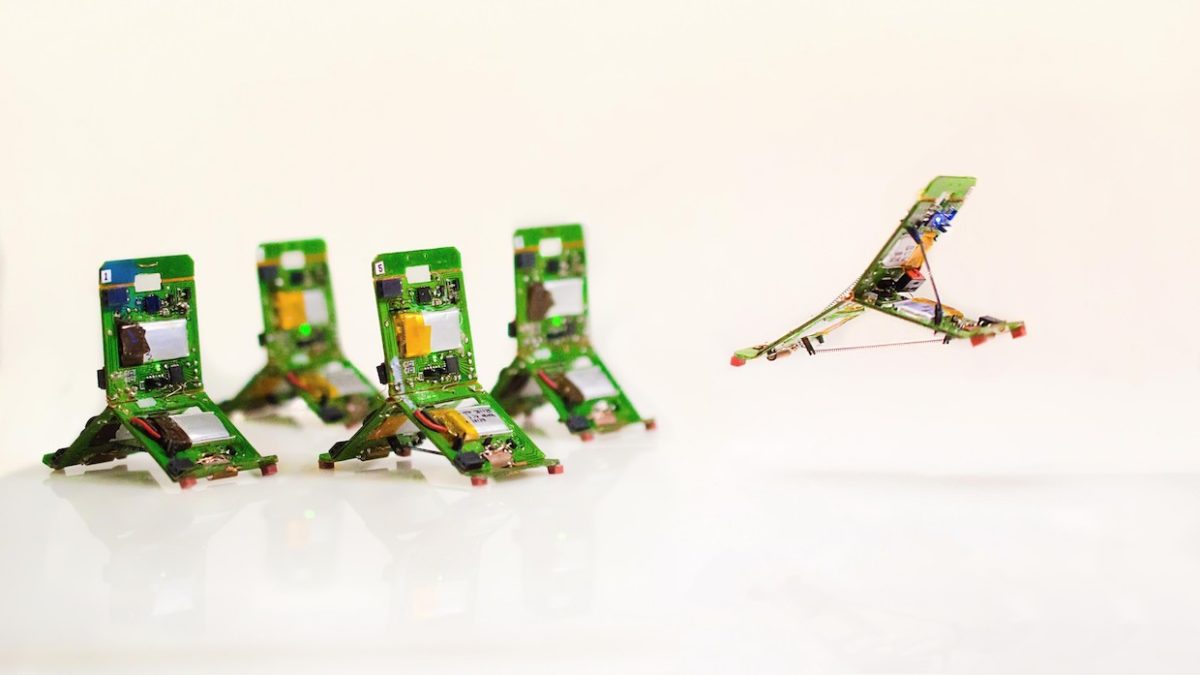 Small robots are appealing because they’re simple, cheap, and it’s easy to make a lot of them. Unfortunately, being simple and cheap means that each robot individually can’t do a whole lot. To make up for this, you can do what insects do—leverage that simplicity and low-cost to just make a huge swarm of simple robots, and together, they can cooperate to carry out relatively complex tasks.

Using insects as an example does set a bit of an unfair expectation for the poor robots, since insects are (let’s be honest) generally smarter and much more versatile than a robot on their scale could ever hope to be. Most robots with insect-like capabilities (like DASH and its family) are really too big and complex to be turned into swarms, because to make a vast amount of small robots, things like motors aren’t going to work because they’re too expensive.

The question, then, is to how to make a swarm of inexpensive small robots with insect-like mobility that don’t need motors to get around, and Jamie Paik’s Reconfigurable Robotics Lab at EPFL has an answer, inspired by trap-jaw ants.

Let’s talk about trap-jaw ants for just a second, because they’re insane. You can read this 2006 paper about them if you’re particularly interested in insane ants (and who isn’t!), but if you just want to hear the insane bit, it’s that trap-jaw ants can fire themselves into the air by biting the ground (!). In just 0.06 millisecond, their half-millimeter long mandibles can close at a top speed of 64 meters per second, which works out to an acceleration of about 100,000 g’s. Biting the ground causes the ant’s head to snap back with a force of 300 times the body weight of the ant itself, which launches the ant upwards. The ants can fly 8 centimeters vertically, and up to 15 cm horizontally—this is a lot, for an ant that’s just a few millimeters long.

EPFL’s robots, called Tribots, look nothing at all like trap-jaw ants, which personally I am fine with. They’re about 5 cm tall, weighing 10 grams each, and can be built on a flat sheet, and then folded into a tripod shape, origami-style. Or maybe it’s kirigami, because there’s some cutting involved. The Tribots are fully autonomous, meaning they have onboard power and control, including proximity sensors that allow them to detect objects and avoid them. [READ MORE]