Upgrade to Superhuman Reflexes Without Feeling Like a Robot 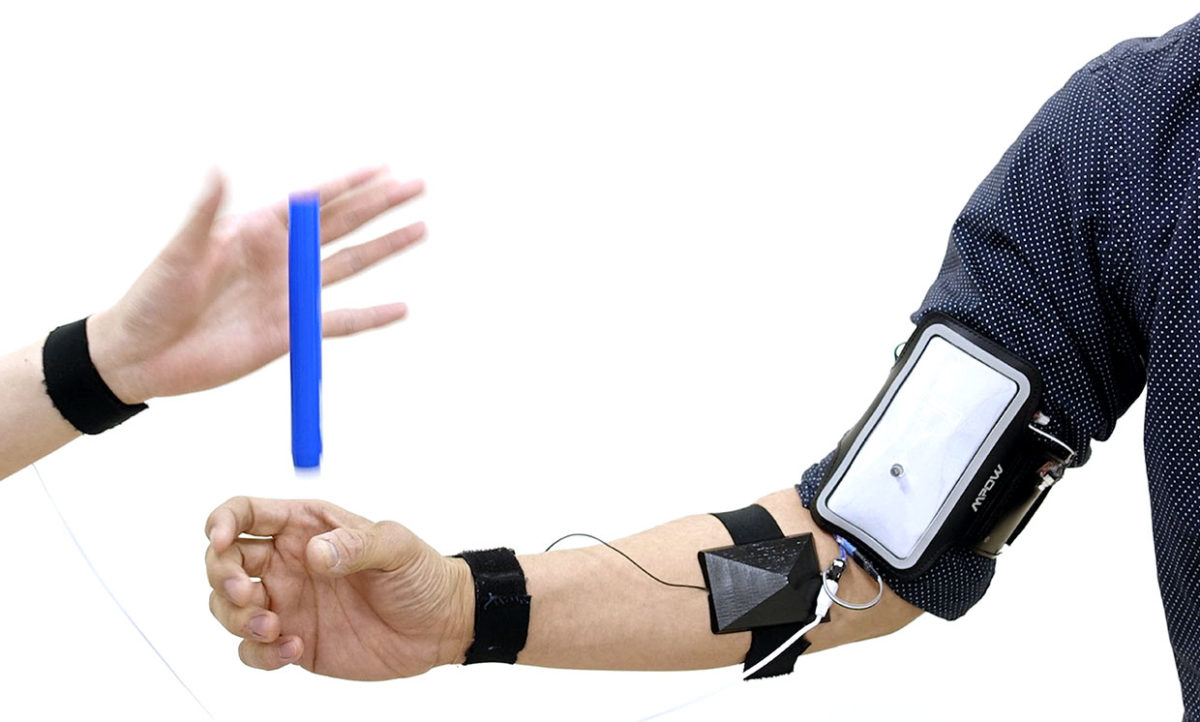 Electrical muscle stimulation can speed up human reflexes. But can we use it without giving up control of our bodies?

We’re used to seeing robots with reflexes that are much faster than anything humans are capable of, but it’s not just high-speed actuators that make them so quick. Perception and control systems outperform our own nervous systems and brains, meaning that we can boost our own reaction times by just letting a robot take control of our muscles. It’s not very hard to do this—all it takes is electrical muscle stimulation (EMS), which uses electrode pads attached to the skin to gently shock your muscles, causing them to contract.

By adding sensors to an EMS system, physical reaction times can be significantly reduced, since the EMS is able to actuate your muscles much faster than your brain can. Essentially, you’d be a puppet, having surrendered your free will to a computer that can force you to move. This may not be a trade-off that you want to accept, which is why researchers from Sony and the University of Chicago are working on an EMS system that makes your reflexes noticeably faster without completely removing the feeling that you’re doing things yourself.

The typical reaction time for a human is about 250 milliseconds—meaning it takes you about a quarter of a second after you see something to physically react to it. But the researchers explain that “our conscious awareness of intention takes a moment to arise, around 200 ms.” In other words, it takes you about 200 milliseconds for your brain to turn sensory input into a decision to do something like move a muscle, and then another 50 or so milliseconds for that muscle to actually start moving. The researchers suggest that this 50-ish millisecond gap between intention and action is a window that they can exploit to make humans react more quickly while still feeling like the action they take is under their control.

The video below shows a series of experiments that demonstrate how reflexes can be usefully accelerated without decreasing the sense of control, or agency, that the user experiences. It turns out that an EMS-driven improvement in reflexes of up to 80 milliseconds is possible while still maintaining the user’s sense of agency, which is the difference between success and failure in these particular experiments.  [READ MORE]