Your Earbuds Will Become Your Most Powerful Health Monitor 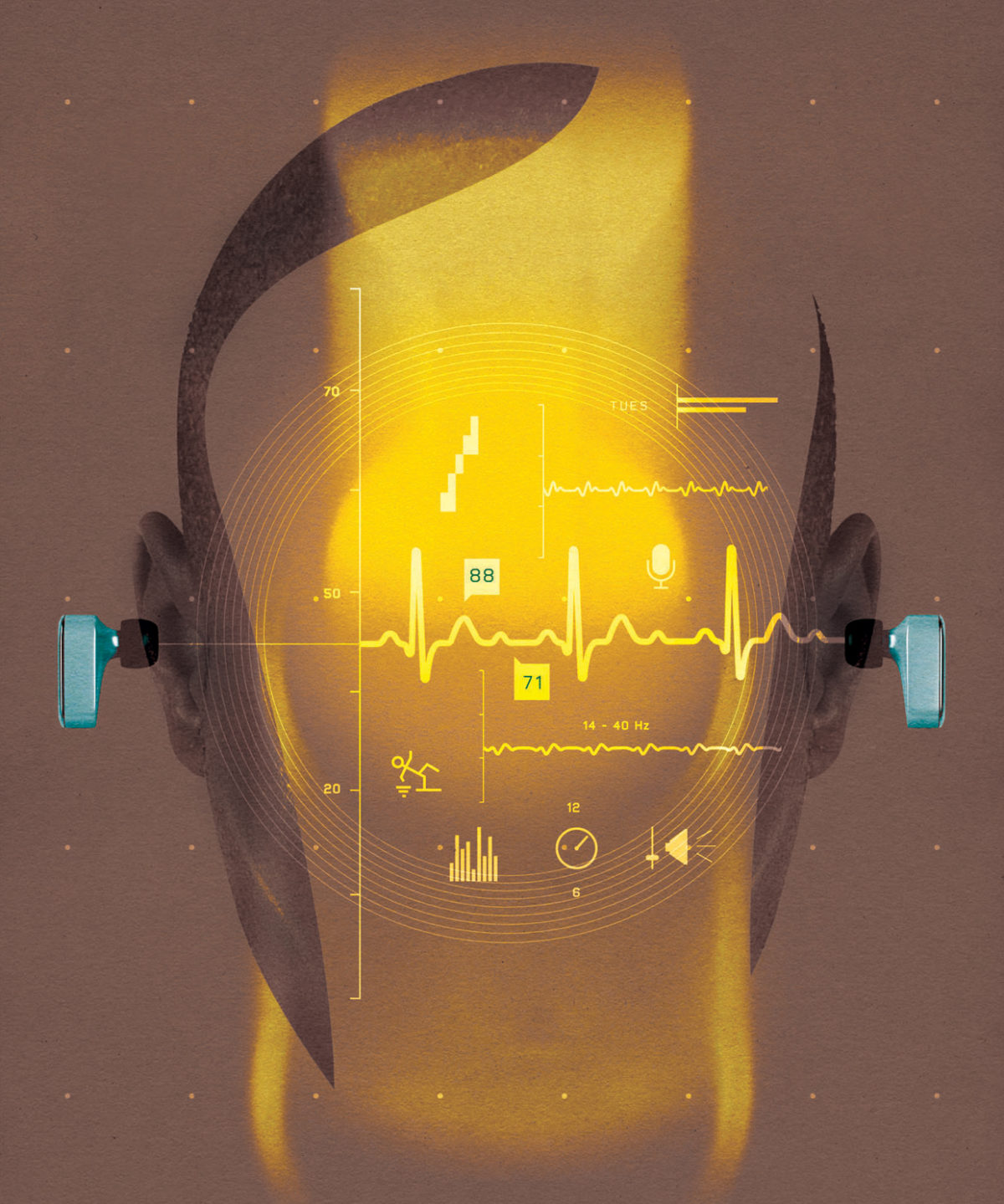 Forget Fitbits and smart watches. In the next few years, the most advanced fitness and medical monitor will be your headphones. Smart headphones, or “hearables,” will do way more than pump up the bass—they’ll monitor your heartbeat, detect when you’re stressed, and track your brain waves.

That’s not to say that the technology already inside headphones isn’t tremendous. My beloved Jabra Elite 65t earbuds are Bluetooth enabled, sound nice, and have a 5-hour battery life; also, each earpiece is equipped with two mics. An algorithm detects the direction from which outside noise is coming, and then selects the best mic to pick up my voice.

And this is technology that chipmaker NXP, who provides the silicon inside these headphones, showed off two years ago! Today, headphone makers are showing off designs that include capacitive touch on the side of earbuds, integrated voice recognition for Amazon’s Alexa and Google Assistant, and even infrared scanners that can take a snapshot of your ear to optimize the sound.

These developments could lead to a convergence of medicine and consumer tech. The ear is a great place to track steps, heart rate, falls, and even brain waves that can indicate focus. It’s also a good spot to place galvanic skin response sensors that can detect stress.

Companies such as Apple—whose next generation of AirPods is expected to include health-monitoring sensors—are eager to participate in this new market, while existing hearing aid companies are preparing for the convergence between hearing aids, personal sound amplification products (PSAPs), and biomonitoring applications. Dave Fabry, chief innovation officer at Starkey Hearing Technologies, says that the company, which makes traditional hearing aids, has been building attractive consumer tech into the companies’ products since 2014. That’s when it introduced a hearing aid compatible with iPhones, so that a related app can provide relevant data, such as dementia or cognitive decline, that may be useful to the wearer. This year it announced a new hearing aid that not only improves hearing but also has an activity tracker, a heartbeat monitor, heart-rate variability monitoring, and fall detection.

Much of this research is a direct response to the encroachment of over-the-counter hearing aids and hearables entering the market, but it’s also a response to customer expectations. Fabry says that the current generation of hearing aid wearers is accustomed to being able to customize settings using apps and to recharge a device rather than replace batteries.

Speaking of power, it remains the biggest challenge facing the next generation of devices. Traditional hearing aids use replaceable zinc-air batteries, but Fabry says the ability to recharge batteries will come. Unlike headphones, a hearing aid user expects to wear them all the time, which means a single charge needs to last all day. Starkey is already experimenting with a combination of AI and sensors that detect the noise in the environment and power down when there’s nothing to hear.

Even if you don’t need hearing aids or PSAPs, the rise of smart hearables will still offer improvements. Not only will you be able to hear conversations better, you’ll be able to call using Alexa, customize settings so that your music sounds the way you like it, and rely on these devices to contact a friend if you fall. That sounds good to me. [READ MORE]