AC-powered LEDs Could Cut the Cost of Lighting 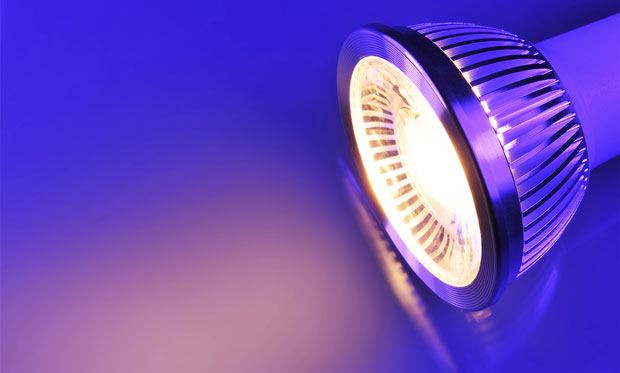 Engineers at Pennsylvania State University have demonstrated a practical way to integrate gallium nitride LEDs and their power supply circuits onto the same chip using industry-standard manufacturing processes. The result is a lighting chip that runs directly from the AC electricity supplied by a wall outlet, with no need for the intermediate step of converting the electricity to low-voltage DC on separate silicon chips and other components.

The Penn State engineers describe the work in IEEE Transactions on Electron Devices.

According to Penn State engineering professor Jian Xu, who led the research, integrating the LED’s driver system onto the gallium nitride chip could cut the cost of manufacturing LED lighting as well as the cost of maintaining that lighting. As much as 60 percent of the cost of an LED bulb comes from the driver electronics, he says. And because those silicon driver electronics are typically less robust than gallium nitride, they tend to fail before the LED itself does.

The existing driver circuits in an LED lamp perform three main functions: They convert the AC to DC (rectification), smooth out ripples in the resulting DC, and lower the voltage to a more LED-friendly level.

The on-chip driver system that Xu’s group constructed only performs the first function (rectification) while eliminating the need for the third (lowering the voltage).

The driver consists of four Schottky barrier diodes (SBDs) arranged into a bridge rectifier circuit. SBDs are diodes formed by the junction between a metal and a semiconductor. They are common in power electronics, because they have a low forward voltage drop.  Gallium nitride is an especially good material with which to make them, because it has a high breakdown voltage; that prevents the flow of current in the reverse direction.

In order to get the right voltage to the LEDs, the devices are built as an array and cascaded in a chain of 22 to 40 pixels per rectifier. In that way, the total voltage drop is the 110-120 V from the wall socket, but each LED pixel sees only a few volts.

A white LED lamp using the prototype integrated chip produced a respectable 89 lumens per watt. However, because the SBD bridge outputs a rectified version of the AC input rather than a roughly constant voltage, the LED has a 120-hertz flicker, which would make it more suitable for outdoor lighting applications such as lamps for parking lots and roadways, where low maintenance cost is critical but light quality is less important.

Integrating an LED light’s driver circuits might seem like an obvious idea, but it’s been out of reach until recently. “Gallium nitride is a fairly new material system,” Xu says. “The technology has become mature only recently, that’s why integration on a single chip is a very new idea.” Previous attempts have required the use of either specialized LED structures or manufacturing processes that were too complex to scale up or were too damaging to LED efficiency.

Solving that last problem was the key to Xu’s lab’s achievement. In silicon chip manufacturing, etching away material to form devices can be done with “wet” chemistry, such as treatment with hydrofluoric acid. But gallium nitride is too tough for that to work, explains Xu. So instead “dry etching” —inductively coupled plasma etching—is used. Unfortunately, that process can leave efficiency-sapping defects on the surface.

“We spent two years trying to decrease defects using a mixed etching technique,” says Xu. Although wet etching isn’t strong enough to remove much of the semiconductor surface, given time, it can help remove the defective layer left by dry etching. His team eventually hit upon a sequence of dry etching and wet etching that produced low-defect, high quality devices. Even better, this “cyclic etching” procedure could be used to boost the efficiency of microLEDs for displays, according to Xu. [READ MORE]