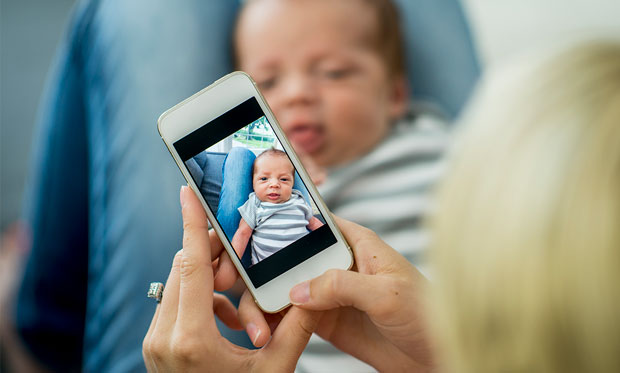 A smartphone app that monitors personal photos can spot eye diseases more than a year before doctors do, according to a new report published today in the journal Science Advances.

White eye can indicate retinoblastoma, a type of childhood cancer of the retina, or a handful of other eye disorders, including retinopathy of prematurity, cataracts, or Coats Disease. Catching these disorders early can save an eye, or a life.

“With retinoblastoma, every month counts,” says Bryan Shaw, an associate professor at Baylor University in Waco, Texas. “Tumors grow rapidly and when you start seeing the white eye, you have about six months to a year before the tumor starts to break up and metastasize down the optic nerve to the brain and kills you.”

Shaw and his team developed an app, called White Eye Detector, that will search all of the photos on your phone for faces with white eye. In building the software, the team developed a novel set of convolutional neural networks, and trained it to spot white eye in family photos of babies and children.

To test the system, the team ran nearly 53,000 photos of 40 children, half of whom had healthy eyes and the other half of whom had been diagnosed with a leukocoria-related eye disease. The photos of each child spanned from birth to several years old, allowing the system to pinpoint at what age the disease developed.

In 16 of the 20 children with disease, the app spotted leukocoria in photographs taken an average of 1.3 years before the child was diagnosed. Among the subset of children with unilateral retinoblastoma, the app caught white eye more than nine months, on average, before diagnosis—long enough to mean the difference between saving and losing the eye.

Score one point for AI in Spectrum’s AI vs. doctors chart.

Shaw says his White Eye Detector app has been downloaded more than 100,000 times, thanks in part to media coverage. The new study is the first to rigorously test the app, and describe it.

Shaw and his team initially launched the app in 2014 after first describing the need for it in a 2013 paper in PLOS ONE. For that paper, the team looked at more than 7,000 photos of Shaw’s son, who was diagnosed with retinoblastoma when he was four months old. “We went back through the pictures and saw that white eye started showing up at 12 days old,” says Shaw. His son ended up losing one eye, and has significant visual impairment in the other, Shaw says.

The white eye detection software works for adults too, but is particularly helpful for children and babies, who may not be able to notice or articulate that something is wrong with their vision. Retinoblastoma only occurs in young children. [READ MORE]