Green Data: The Next Step to Zero-Emissions Data Centers 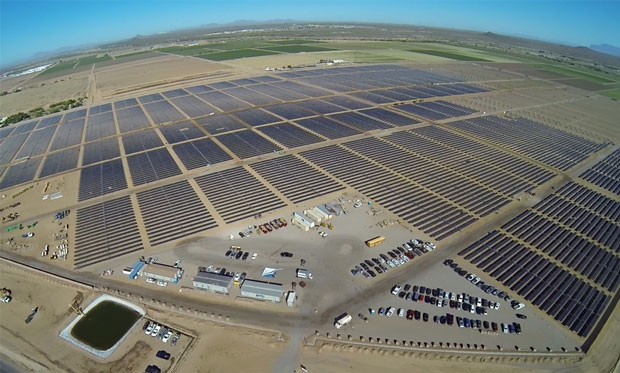 If the IT industry can halve its carbon emissions in each of the next three decades, it can help the planet reach net zero by 2050

Data centers consume just two to three percent of the planet’s total electricity usage. So reducing data centers’ climate footprint may not seem, at first blush, to be a high priority as world leaders gather in New York next week to consider practical climate change solutions at the U.N. Climate Action Summit.

However, there are at least two reasons why data centers will likely play a key role in any attempt to curb global emissions. First, as cloud computing becomes more energy efficient and increasingly relies on renewable sources, other sectors such as manufacturing, transportation, and buildings could turn to green data centers to reduce their own emissions. For example, a car manufacturer might outsource all of its in-house computing to zero-emission data centers.

Even without such partnerships, though, data centers will likely play an important part in the climate’s future. The rise of AI, machine learning, big data, and the Internet of Things means that data centers’ global electricity consumption will continue to increase. By one estimate, consumption could jump to as much as 13 percent of the world’s total electricity demand by 2030.

For these reasons, says Johan Falk, senior innovation fellow at the Stockholm Resilience Center in Sweden, data centers will have outsized importance in climate change mitigation efforts. And the more progress society makes in the near term, the sooner the benefits will begin to multiply.

Falk is initiator and coauthor of an omnibus 2018 report called the Exponential Climate Action Roadmap, which lays out a plan for what further actions are needed to reach net zero emissions by 2050. That goal was recommended by the Intergovernmental Panel on Climate Change (IPCC) to restrict warming to no more than 1.5 degrees C above preindustrial levels (the planet has already warmed by about 1 degree C).

As Falk describes the report: “We translate something really complicated from science in terms of trajectories and IPCC curves to an easy rule of thumb—halving emissions every decade.”

Simply put, the road map presents a plan to halve global emissions during the 2020s, halve them again in the 2030s, and halve them once more into the 2040s. Three halvings, Falk says, can effectively get the planet to zero emissions by the IPCC’s 2050 deadline.

The road map sees the shift toward renewable-powered data centers as a necessary step to halve emissions from the digital and IT industry. Indeed, the authors find, switching to renewables alone (for powering data centers as well as networks, devices, and IT manufacturing) gets the industry through its first emissions halving.

Amazon, by contrast, has lagged behind. Greenpeace criticized Amazon earlier this year for using only 12 percent renewable energy in its Virginia data centers—after the company had laid out an ambitious road map for reaching 100 percent.

Meanwhile, a separate coalition in Sweden has approached green data centers as a problem of standards. Fossil Free Data is a new label that its creators hope can represent a climate seal of approval (like the Energy Star certification) for consumers, governments, and businesses.

“The idea behind Fossil Free Data is really to get those companies who are doing this in a sustainable way to also be able to show that they are—to be proud of what they do and brag about it,” says Christoffer Svanberg, chief communication officer at Node Pole in Kyrkgränd, Sweden (one of the sponsors of the Fossil Free Data organization).

Fossil Free Data launched earlier this year and is currently developing its standard for Nordic countries and Northern Europe. The group expects to expand to the E.U. and ultimately to certify U.S. data centers as well. “I would argue that the everyday [consumer]’s notion about this is obviously very low,” Svanberg says. “But I believe that will change.”

The group designed its standard to be unambiguous and easy to determine. “We have deliberately tried not to make it confusing or make some sort of 15-week audit with a 10-person team going through your business,” he says.

The three-point criteria mandates, first, that a data center have a power usage effectiveness (PUE) rating of 1.2 or less. (A PUE rating of 1.0 would mean 100 percent of the facility’s energy consumption went to powering the IT equipment. Anything above 1.0 represents additional energy spent in cooling, operations, and other non-IT energy consumption.)

Second, the center must be 100 percent powered by renewable sources. And third, it must ensure that any electric grid power that it does use produces a minuscule amount of carbon dioxide emissions (0.19 kilogram for every kilowatt-hour of IT energy consumption).

“If the data center industry does not get their head around this, I believe they will be the next coal industry,” Svanberg says. “I believe this is the time when this industry needs to take responsibility for how they grow their data center capacity.” [READ MORE]