How the Electric Hot Comb Became an Entrepreneurial Tool 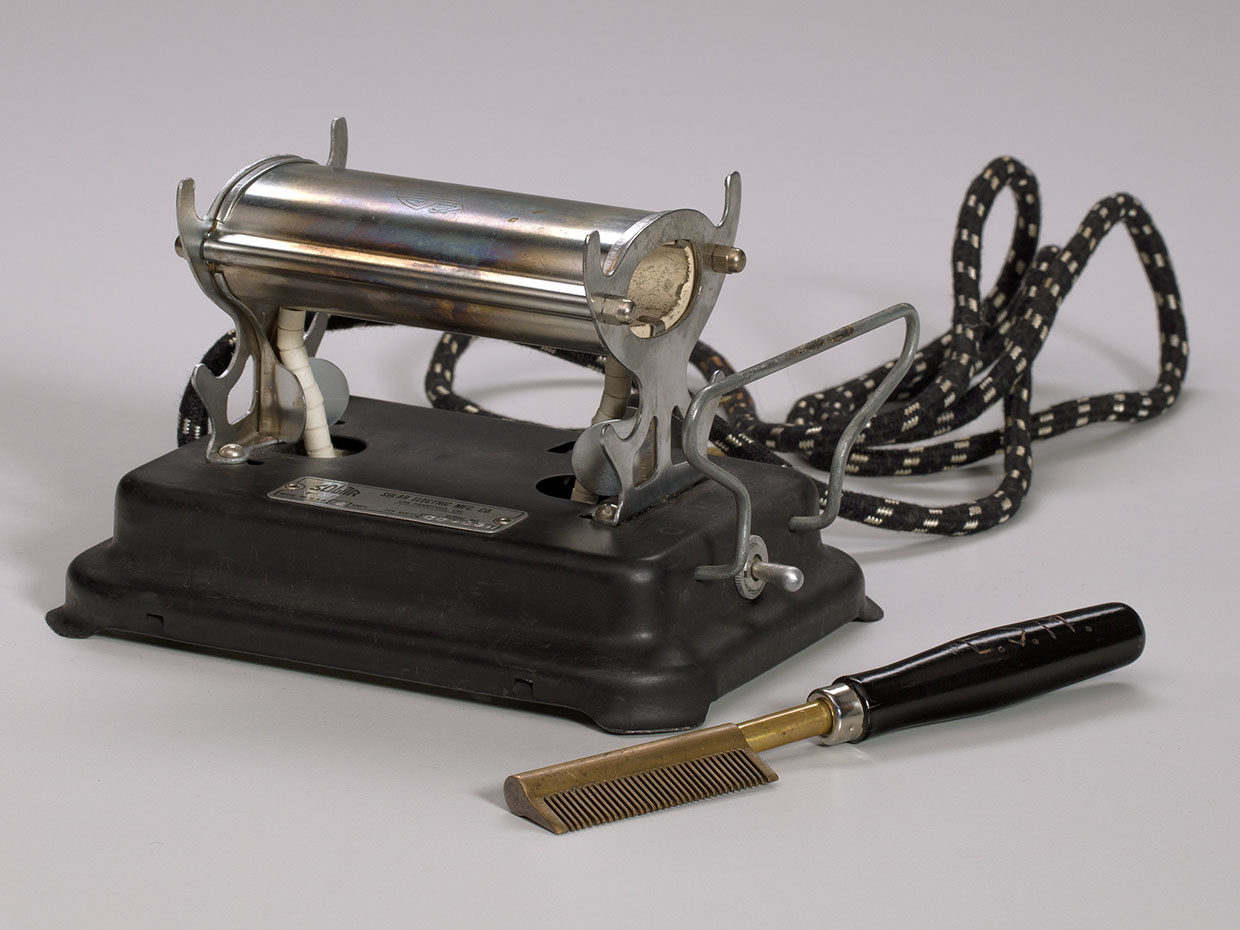 With few jobs open to them, hundreds of thousands of African American women became beauticians and opened salons

For more than a century, fashion-conscious consumers have relied on an electric hot comb to style their hair. Also known as a singeing comb, this versatile tool straightens and smooths coarse hair and adds a wave or curl to fine hair.

A hot comb looks like a standard comb, but it’s usually heavier, and its metal teeth are spaced further apart. To use it, you section off a piece of hair, apply an oil or tonic such as petroleum jelly, and then run the hot comb down the length of the hair at a steady pace to avoid singeing the hair. A non-heat-conducting handle allows the user to manipulate the comb without burning her hands. Care is also needed to avoid burning the scalp or neck. The pursuit of beauty can be painful.

The hot comb—much like the clothes iron and some other heated consumer gadgets—predates electrification. The original ones were made from ceramic or metal and were heated in a water bath or over a gas burner. Although the device could be considered an anonymous technology—that is, a tool that has evolved without clearly identified inventors or inventors whom history has forgotten–there are a few people credited with popularizing the hot comb.

First is the Frenchman François Marcel Grateau, who invented a heated curling iron around 1872. His iron looked like a pair of tongs and was used to create the marcel wave, a hairstyle of cascading waves that was popular across Europe and North America for decades. Grateau later immigrated to the United States, changed his name to François Marcel Woelfflé, and in 1905 was granted a U.S. patent for his curling iron. In 1918 he patented an electric version. By electrically heating the iron to a controlled temperature, he claimed, the device could produce longer lasting waves without injuring or burning the hair.

During the 1880s, a U.S. inventor and entrepreneur named George Augustus Scott sold an electric comb as part of his comprehensive line of Dr. Scott beauty products, which also included crimpers, curlers, and corsets. According to advertisements, Dr. Scott’s Electric Curler could curl a man’s beard or mustache into any style desired in one to two minutes. Ladies could use the same device to do their hair in the fashionable “loose and fluffy” style of actress Lillie Langtry or opera singer Adelina Patti.

Scott claimed his products had curative properties beyond their purported aesthetic value. His electric hair brush, for instance, was the solution to dandruff, balding, headaches, and neuralgia. At the time, such health-inducing electrotherapy products were all the rage.

Despite the name, however, Scott’s devices weren’t actually electric: They did not plug into an electric power source, nor were they battery operated. They did have embedded magnets, and so he was using the term “electric” to mean magnetic. But small magnets would not have produced the amazing effects that Scott touted. Sometimes an electric comb is just a comb. [READ MORE]