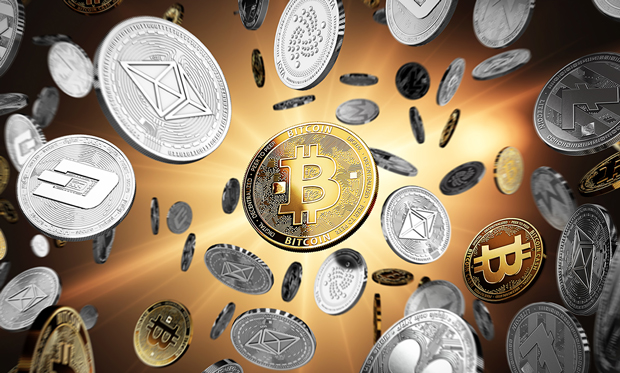 Novel algorithms are secure like blockchains, but simpler, faster, and more energy-efficient

A nearly zero-energy alternative to Bitcoin and other blockchain-based cryptocurrencies that promises as much security but far greater speeds is now under development in Europe, a new study finds.

Cryptocurrencies such as Bitcoin are digital currencies that use cryptography to protect and enable financial transactions between individuals, rendering third-party middlemen such as banks or credit card companies unnecessary. The explosion of interest in Bitcoin made it the world’s fastest-growing currency for years.

However, a major weakness of Bitcoin is the extraordinary amounts of energy it demands, and the vast amounts of the global warming gas carbon dioxide it spews out as a result. Bitcoin reportedly has a global electricity consumption approaching that of the entire nation of Austria, and a global carbon footprint comparable to that of Denmark.

In seeking out alternative approaches to cryptocurrency, computer scientists noted that the 2008 paper that first described Bitcoin explained the heart of the protocol lies in preventing double-spending. This potential flaw in any digital cash scheme would permit a digital token to get spent more than once.

To solve this problem, Bitcoin broadcasts messages to its entire network to get everyone to confirm each transaction, all to prevent malicious so-called “Byzantine” players from cheating. Bitcoin achieves such consensus by implementing a blockchain, which is a secure ledger of all transactions in the system that is maintained by its community of users instead of any intermediary such as a bank.

In order for blockchains to reach consensus on the validity of all transactions, users must execute complex, energy-intensive computing “proof of work” tasks. The many other cryptocurrencies developed after the emergence of Bitcoin are generally all based on blockchains as well.

However, study lead author Rachid Guerraoui, a computer scientist at the Federal Polytechnic School of Lausanne in Switzerland, and his colleagues argue that Bitcoin and other cryptocurrencies based on blockchains are essentially overkill. They suggest that solving the problem of double-spending does not require the complex task of achieving consensus. Instead, much simpler, faster, and less energy-intensive algorithms can suffice.

The latest algorithms the scientists developed broadcast messages about each transaction in a manner similar to gossip: one user tells a small group about the transaction, and they go on to inform others about it, and so on, with the message spreading to a growing number of participants in the system in an exponential manner. When it comes to billions of users, it only takes a few dozen rounds of communications for a message to reach any other member of the system, the researchers say.

Instead of seeking consensus from every participant in the system for each transaction, the algorithms check to see if a random sample of users has received messages about each transaction. If this sample is sufficiently large, the chance that malicious attackers can fool the system into thinking another transaction occurred is lowered enough to ensure that such hacks do not occur within the age of the universe, the researchers say.

The researchers say their consensusless algorithms are not only secure, but also consume negligible amounts of electricity, with transactions each requiring about as much as energy as exchanging emails.

“It’s definitely less energy-intensive than Bitcoin,” Guerraoui says. The scientists detailed their latest findings in a study that will be presented on 16 October at the International Symposium on Distributed Computing in Budapest and has already won that meeting’s Best Paper Award.

The consensusless algorithms also generate just a few grams of carbon dioxide per transaction, compared to an estimated 300 kilograms per Bitcoin transaction. In addition, while the original Bitcoin protocol took up to an hour to confirm that a transaction went through correctly, the Swiss team’s prototype algorithms can do so in less than a second.

The algorithms can not only be applied to currency, but can also help securely transfer ownership of any other kind of asset, such as land, Guerraoui says. The researchers are currently investigating how much their algorithms can accomplish with respect to other types of transactions blockchains are capable of, such as implementing “smart contracts.” Those are covenants where participants agree to carry out a task based on a series of conditions.

The scientists are now focused on moving their strategy past the prototype stage. “We now have major sponsorship from the EU to try and implement this on a large scale,” Guerraoui says. “We want to make it open source for anyone to download and use [so they can see for themselves] that it is robust.” [READ MORE]