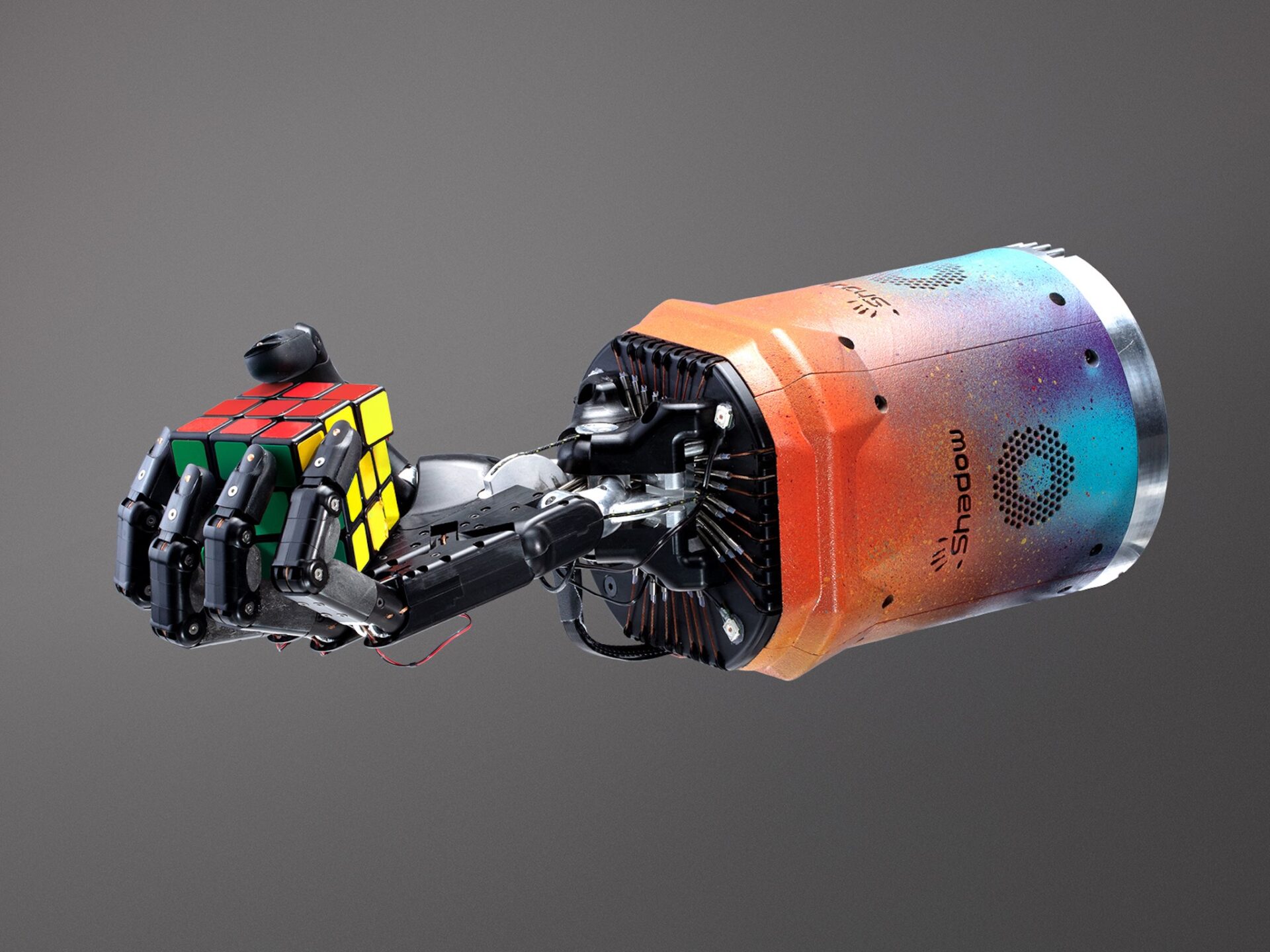 In-hand manipulation is a skill that, as far as I’m aware, humans in general don’t actively learn. We just sort of figure it out by doing other, more specific tasks with our fingers and hands. This makes it particularly tricky to teach robots to solve in-hand manipulation tasks because the way we do it is through experimentation and trial and error. Robots can learn through trial and error as well, but since it usually ends up being mostly error, it takes a very, very long time.

Last June, we wrote about OpenAI’s approach to teaching a five-fingered robot hand to manipulate a cube. The method that OpenAI used leveraged the same kind of experimentation and trial and error, but in simulation rather than on robot hardware. For complex tasks that take a lot of finesse, simulation generally translates poorly into real-world skills, but OpenAI made their system super robust by introducing a whole bunch of randomness into the simulation during the training process. That way, even if the simulation didn’t perfectly match reality (which it didn’t), the system could still handle the kinds of variations that it experienced on the real-world hardware.

In a preprint paper published online today, OpenAI has managed to teach its robot hand to solve a much more difficult version of in-hand cube manipulation: single-handed solving of a 3×3 Rubik’s cube. The new work is also based on the idea of solving a problem using advanced simulations and then transferring the solution to a real-world system, or what researchers call “sim2real.” In the paper, OpenAI says the new approach “vastly improved sim2real transfer.” [READ MORE]