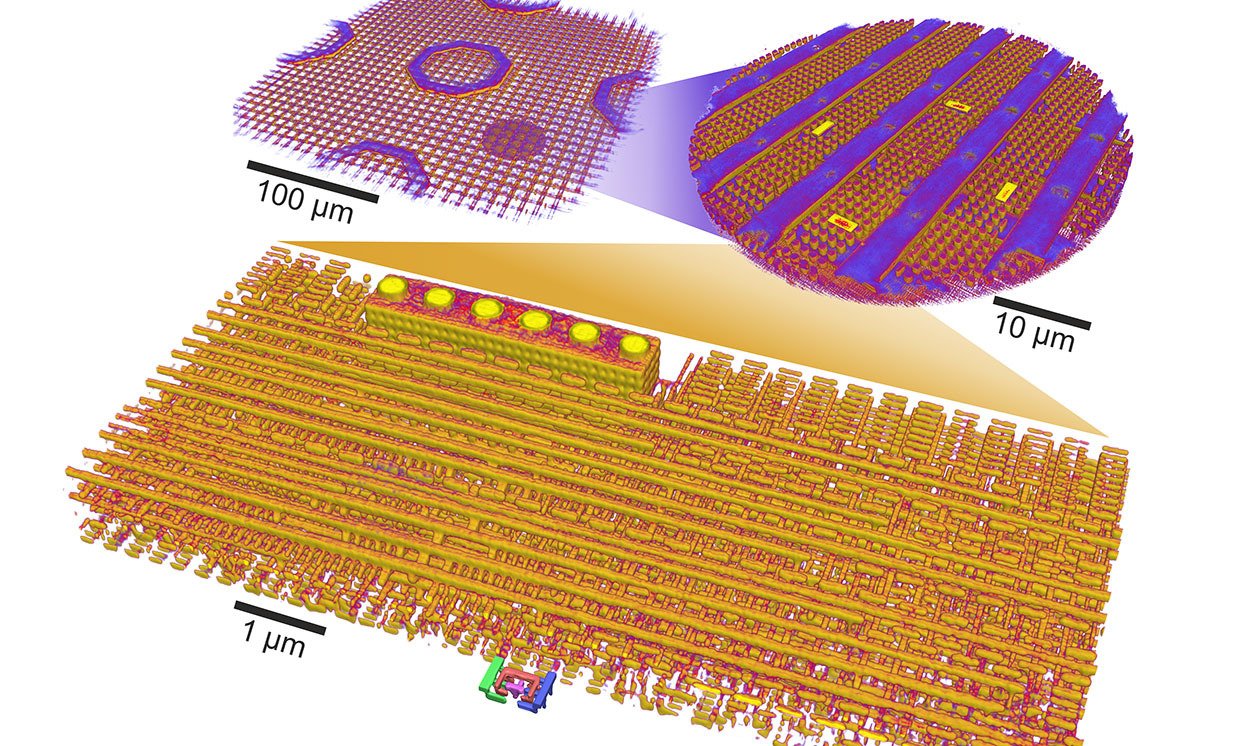 Researchers in Switzerland and the U.S. have a non-destructive technique that can reverse engineer an entire chip without damaging it

Scientists and engineers in Switzerland and California have come up with a technique that can reveal the 3D design of a modern microprocessor without destroying it.

Typically today, such reverse engineering is a time-consuming process that involves painstakingly removing each of a chip’s many nanometers-thick interconnect layers and mapping them using a hierarchy of different imaging techniques, from optical microscopy for the larger features to electron microscopy for the tiniest features.

The inventors of the new technique, called ptychographic X-ray laminography, say it could be used by integrated circuit designers to verify that manufactured chips match their designs, or by government agencies concerned about “kill switches” or hardware trojans that could have secretly been added to ICs they depend on.

“It’s the only approach to non-destructive reverse engineering of electronic chips—[and] not just reverse engineering but assurance that chips are manufactured according to design,” says Anthony F. J. Levi, professor of electrical and computer engineering at University of Southern California, who led the California side of the team. “You can identify the foundry, aspects of the design, who did the design. It’s like a fingerprint.”

The new technique is an improvement on technology unveiled by the same team in 2017 called ptychographic computed tomography. That process used a coherent beam of X-rays from a synchrotron to illuminate a 10-micrometer pillar that had been cut away from the rest of the chip. The team then recorded how the X-rays diffract and scatter from the pillar at a variety of angles and computed what the internal structures must be in order to create that pattern.

With the new technique, “the goal was obviously to avoid having to do any cutting at all,” explains Gabriel Aeppli, head of the photonic science division at the Paul Scherrer Institute (PSI) in Switzerland and professor of physics at the Swiss Federal Institutes of Technology in Zürich and Lausanne, who led the research. “A modern chip with a billion transistors is a bigger footprint than 10 microns.” The group wanted a single technology that would allow them to image a whole chip and also zoom in on points of interest.

The prior technique needed the pillar, because trying to see through a whole chip, edge-on, absorbs too many of the X-rays to produce a useful diffraction pattern. But shooting the X-rays through the chip at an angle creates a small enough cross-section. However, it also produces a gap in the information. Some of that information can be regained by making some assumptions about what you’re looking at, explains Aeppli. For example, we know that real interconnects can’t have certain shapes.

Finding the right angle for the X-rays—which turned out to be 61 degrees—was a matter of balancing absorption and information loss, says Aeppli. [READ MORE]