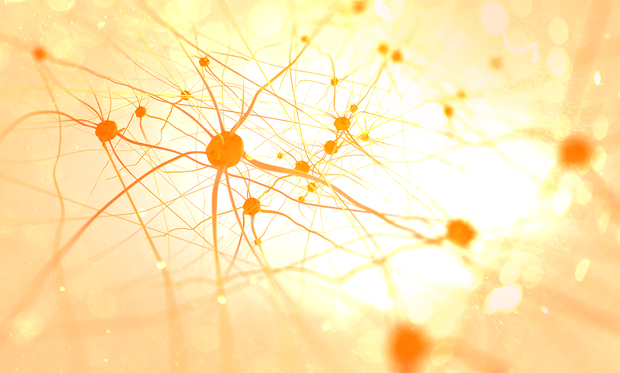 With sensory feedback, amputees could feel the knee’s movement and the sole of the foot on the ground

Luke Skywalker inspired a generation of prosthetic arms, including hands that grip, feel, and respond to thoughts.

This morning, an international team of researchers led by ETH Zurich announced a bionic leg that brings similar advances to the lower body. The prosthesis sends sensor input from the foot and knee to a nerve in an amputee’s thigh, allowing users to feel the bending of the knee, as well as pressure and vibrations of the foot on the ground. And those sensations, it turns out, make a big difference to the health of the wearer.

In its first two users, the bionic prosthesis improved walking performance, boosted endurance, and reduced phantom limb pain—the feeling of having a missing limb still attached, but in a wrong or painful position.

Teams at MIT and the University of Applied Sciences in Austria are also building prostheses that transmit sensations to the lower body, but this new paper is the first to demonstrate health benefits from such a system.

The results “make us believe this could be a common practice in the next prosthetic devices,” said lead author Stanisa Raspopovic, director of ETH Zurich’s neuroengineering lab, at a press conference on Friday. The study was published today in the journal Nature Medicine.

The scientists began with a commercially available Össur prosthetic leg, which included a microprocessor and an angle sensor in the knee joint, and added an insole with seven sensors to the foot. The modified system then transmitted the foot and knee signals in real-time, via Bluetooth, to a controller strapped to the user’s ankle.

Within the controller, an algorithm encodes the sensor signals into neural signals, then delivers them to the nervous system via a small implant in the patient’s tibial nerve, located in the back of the thigh. “Nature does the rest,” says Raspopovic: The brain perceives real sensations of the missing foot and leg. Users required little training to use the technology, the authors say, as the sensations felt “very natural.”

The device was tested in two above-knee amputees, who had experienced the most severe form of lower-limb amputation. In a series of trials, scientists asked them to walk indoors and outdoors on various types of terrain—for example, in a large, sandy area—with and without the sensory feedback turned on.

When the users could feel the prosthetic limb, they walked faster, felt more confident, and consumed less oxygen, suggesting moving around was less strenuous than with a traditional prosthesis.

Additionally, the team spent a month testing the effects of activating the implant to relieve phantom limb pain. Past studies show that stimulating nerves decreases phantom limb pain for people who have lost a hand or arm, but the same benefit had not been explored in leg amputees.

With just a few minutes of electrical stimulation per day, one patient experienced a complete loss of pain. In the other, pain was reduced about 80 percent, said co-author Francesco Petrini, also of ETH Zurich. Yet the two volunteers had to be present in the lab connected to an external device by a cable to undergo treatment, so current use of the system for pain relief is limited.

“We are working to develop a fully implantable system which will be able to be maintained inside the body of the patients,” like a pacemaker, said Petrini. Once that device is complete, the team plans a 60-patient clinical trial to test its safety and benefits, Petrini said. “Our final goal is to make this technology available for every amputee in the world.”

The work was done in collaboration with prosthetics companies Össur and SensArs, and mobile EEG device company mBrainTrain. [READ MORE]