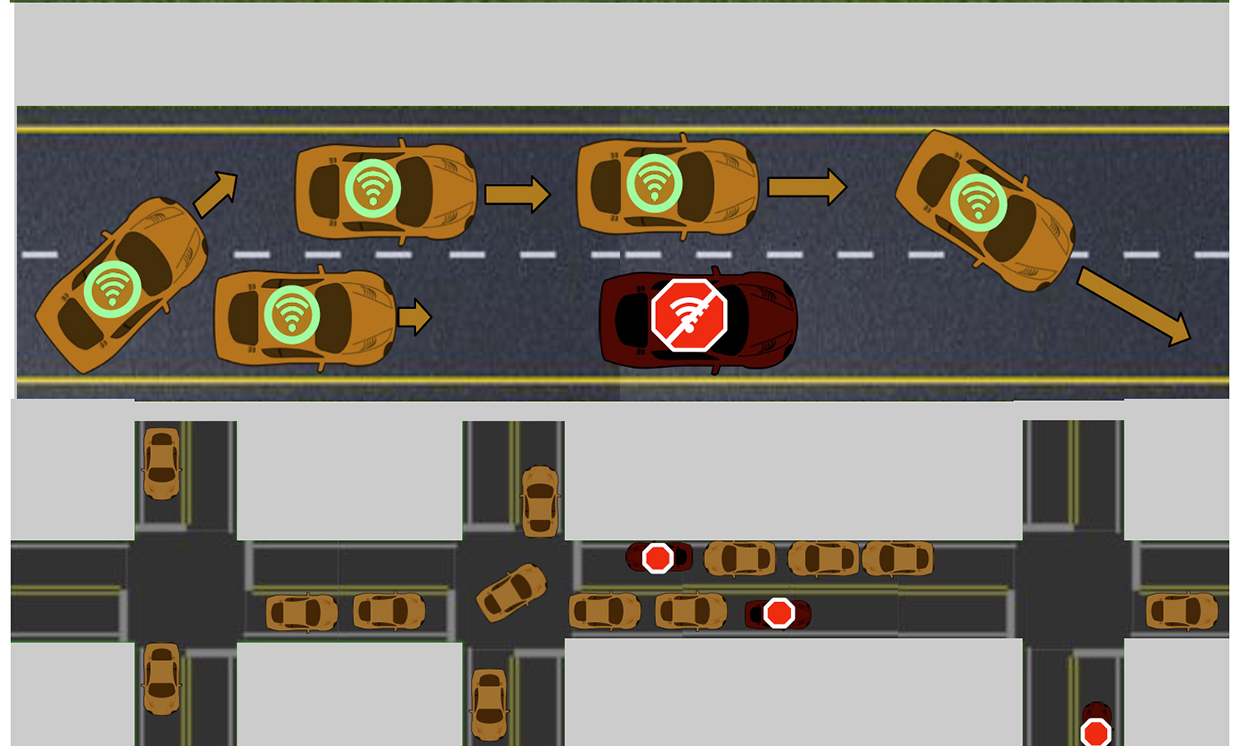 Paralyzing 20 percent of cars during rush hour could gridlock Manhattan

It doesn’t take much to turn rush hour traffic in Manhattan into a nightmare. According to a new study, hackers could bring traffic there to a complete standstill if they could randomly paralyze roughly 20 percent of all cars on the road at the height of rush hour.

For years, computer scientists have shown they can hack into cars remotely via the Internet. For example, in 2015, two researchers showed they could hack into a Jeep’s brakes, steering, transmission, radio, air conditioning and wipers from afar using the Internet connection its entertainment system makes through Sprint’s mobile network.

Extrapolating from these examples, physicist Peter Yunker at the Georgia Institute of Technology and his colleagues wanted to explore what might happen if hackers attacked not just single cars, but multiple vehicles simultaneously.

“What if many cars across the city within a very short amount of time suddenly stopped, blocking traffic?” Yunker says.

Using computer simulations, the scientists analyzed the movements of cars on streets with varying numbers of lanes, using known models for the way moving cars typically change speed or switch lanes in response to other vehicles. They next assumed that some cars were hacked to stop, blocking some lanes.

The researchers, who detailed their findings in 30 July online edition of the journal Physical Review E., found that whether traffic halted or not followed the physics of percolation. This is a phenomenon often exploited in materials science to see if a desirable quality such as a specific level of rigidity will spread throughout a material to make the final product uniformly stable. In this case, stalled cars made traffic go from flowing to stuck.