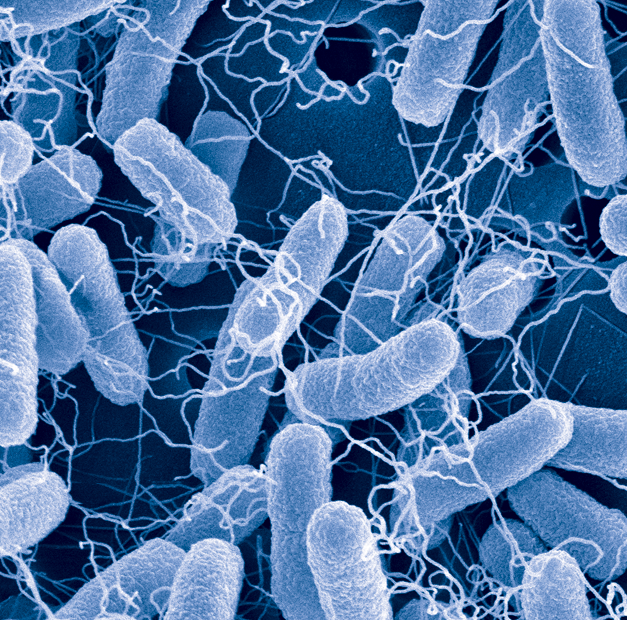 For years, scientists have explored ways to alter the cells of microorganisms in efforts to improve how a wide range of products are made – including medicines, fuels, and even beer. By tapping into the world of metabolic engineering, researchers have also developed techniques to create “smart” bacteria capable of carrying out a multitude of functions that impact processes involved in drug delivery, digestion, and even water decontamination.

But, altering the genetic and regulatory processes that take place within cells presents challenges.

To start, cells are already programmed to carry out their normal, everyday processes with maximum efficiency; any alterations that engineers make to increase a cell’s production of a certain substance can, in turn, upset these processes and overburden the cell.

To address this problem, William E. Bentley, an A. James Clark School of Engineering professor and director of the Robert E. Fischell Institute for Biomedical Devices, is working with a team of researchers to focus on engineering microbial consortia, wherein cell subpopulations are engineered to work together to carry out a desired function. This strategy – which others in the field have also explored – allows engineers to design specialized cells and divvy up the target workload among a group of cells.

The tradeoff is that directing a cell consortium to carry out specific tasks requires engineers to somehow regulate how many of each cell subpopulation are present. Until now, there’s been little research focused on developing devices or systems to automatically regulate the compositions of cellular subpopulations within a consortium. Generally, studies of cell consortia have required engineers to use painstaking manual or expensive external controller systems to strike that balance.

Bentley and his team are focused on reengineering cells so that they’re able to coordinate their subpopulation densities autonomously. Their technique was highlighted in a Nature Communications paper published on Sept. 11.

“The key concept is that groups of cells can be engineered to self-regulate their composition, and no outside input is needed,” Bentley said. “For example, there’s no way to ensure that the bacteria engineered for use in the gastrointestinal tract will actually be retained or behave as we expect. And you can’t use convenient means such as magnetic or electrical fields to regulate bacteria in the gut, so why not incorporate the self-regulation property into the bacteria themselves?”

Like others in the field, Bentley and members of his Biomolecular and Metabolic Engineering Lab previously investigated “quorum sensing,” or QS—a bacterial form of cell-to-cell communication—to engineer communication circuits between bacterial strains to coordinate their behaviors.

To create an autonomous system, Bentley and his team rewired the bacterial QS systems in two strains of E. coli so that the growth rate of communicating cell subpopulations within the consortia would be dictated by signaling between the cells. It’s a sort of feedback loop in which cells are able to sense and react to intercellular signaling molecules called autoinducers, which enable bacteria to work together of their own accord.

The breakthrough could be key to a host of new functions for “smart bacteria” developed through genetic engineering, ranging from drug delivery to water decontamination to new fermentation processes for the latest craft beverage.

“Increasingly, consortia of microbes will be tasked with converting raw materials into valuable products,” Bentley said. “The raw materials may be wastes or byproducts of industrial processes. The synthetic capabilities of consortia may far surpass those of pure monocultures, so methodologies that help to align consortia will be needed.”

This work is supported in part by funding from the National Science Foundation, the Defense Threat Reduction Agency (U.S. Department of Defense), and the National Institutes of Health (NIH).