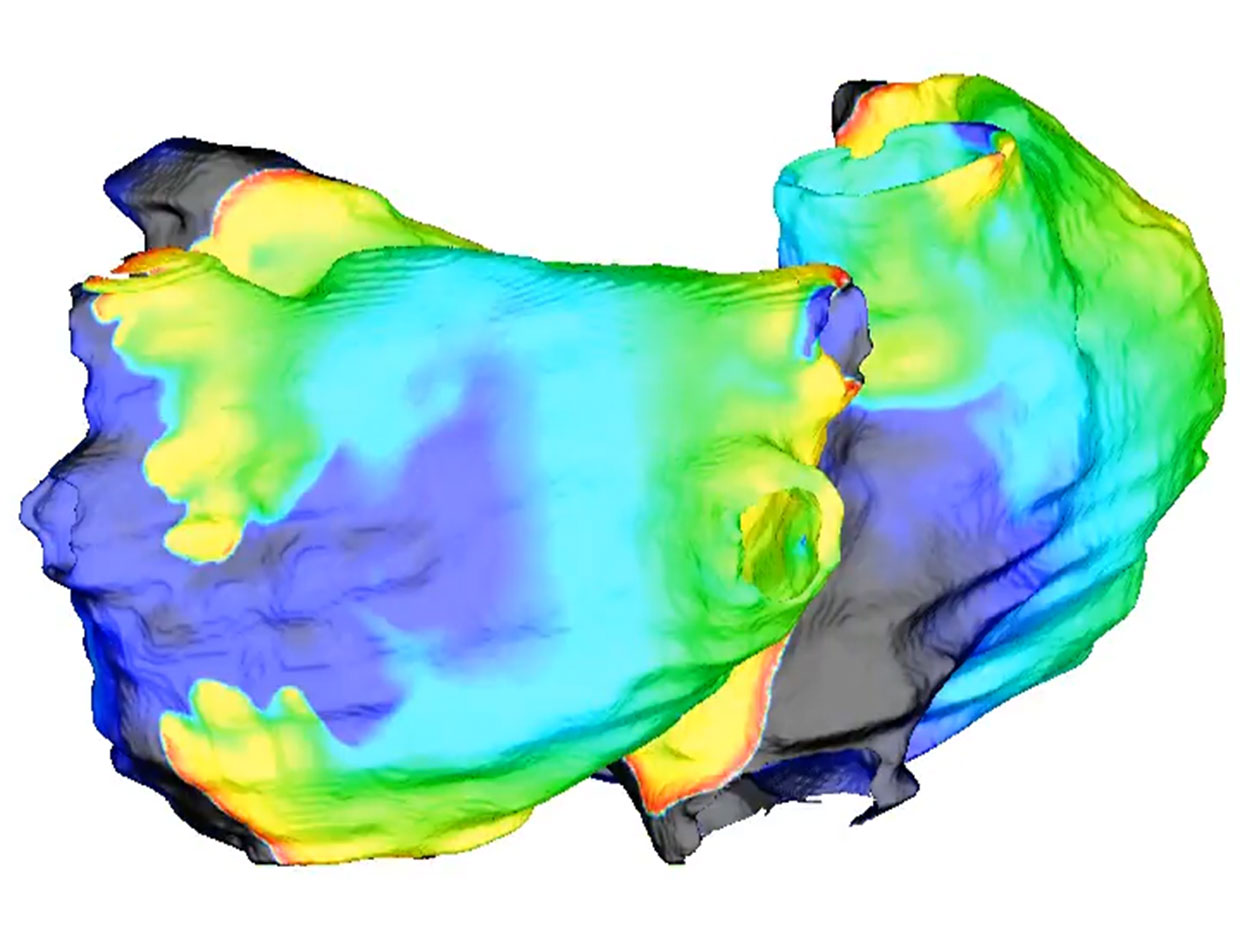 In research published this week in the journal Nature Biomedical Engineering, Trayanova’s team created personalized heart simulations to guide the surgeries of 10 patients with persistent irregular heartbeats. The virtual hearts predicted where surgeons should destroy heart tissue that could produce erratic electrical signals now and in the future.

The proof-of-concept study sets the stage for an FDA-approved clinical trial of 160 patients slated to begin this fall. That trial will assess whether the virtual heart-guided surgery is more accurate and effective than today’s conventional, one-size-fits-all procedure.

The current study focuses on abnormal electrical signals in the atria—the two upper chambers of the heart—which cause persistent irregular heartbeats, a common condition known as atrial fibrillation (AF). AF is the most common cause of irregular heartbeats, expected to affect as many as 10 million Americans by 2020. “It’s a huge health care burden,” says Trayanova, director of the Computational Cardiology Laboratory at Hopkins.

Patients can experience either intermittent or persistent AF. In either case, doctors traditionally enter the heart with a catheter and burn away the tissue around the atria’s four pulmonary veins, a region implicated in the electrical misfiring. The procedure works well for patients with intermittent AF, says Trayanova, but not so well for those with persistent AF, particularly when patients have scarring in the tissue, which is age related. These patients commonly return to the operating room for repeat surgeries, even up to four or five times, each time creating more scar tissue in the heart, which can lead to more misfiring.

The new individualized procedure, called Optimal Target Identification via Modeling of Arrhythmogenesis (OPTIMA), could target all the problem areas of the heart in the first surgical attempt, including those that will cause electrical misfiring in the future.

Here’s how it works: First, a patient with AF undergoes contrast-enhanced MRI heart scans, which document any scarring on the heart. Next, the engineers segment the images into a geometric representation of the atria. In a computer program, they populate that representation with virtual heart cells. Cells behave differently around normal or scarred heart tissue, so the digital heart gradually takes on the same behaviors of the patient’s heart. [READ MORE]