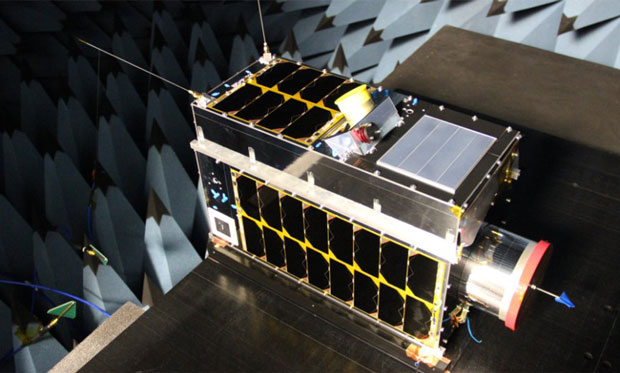 Berkeley, California banned the installation of natural gas pipes to new residential construction projects last month. The city is committed to slashing its carbon footprint, and natural gas is a carbon double-whammy: when burned, it releases carbon dioxide and, when leaked, its main ingredient, methane, is a far more potent greenhouse gas than CO2.

Several dozen California cities appear set to follow Berkeley’s lead. Which helps explain why the U.S. government’s plan to scrap mandatory monitoring for methane leaks is getting few cheers from the oil and gas industry. Paying attention to gas leaks is critical to defending their product’s social license.

Those leaks, meanwhile, may soon have nowhere to hide thanks to a growing wave of private, methane-detecting satellites being placed in orbit. Canada’s GHGSat led the charge in 2016 with its carbon-tracking Claire microsatellite, and the company now has a second-generation microsat ready to launch. Several more methane-detecting satellites are coming, including one from the Environmental Defense Fund. If gas producers don’t find and squelch their own pollution, this proliferation of remote observers will make it increasingly likely that others will shine a spotlight on it.

Methane molecules trap heat more than 80 times more effectively than CO2 during their first two decades in Earth’s atmosphere. Today, there are 2.5-times more methane molecules up there than there were prior to the Industrial Revolution. In all, rising methane emissions contribute about one-fifth of the thickening radiation blanket that has already warmed the world by nearly 1 degree C since 1850.

The extra methane comes from a wide range of sources, including wetlands, cattle, landfills, and all segments of the natural gas supply chain. The latter is under particular scrutiny thanks to recent research coordinated by EDF showing that U.S. oil and gas operations leak about 60 percent more methane than the U.S. Environmental Protection Agency had estimated. Fixing those leaks will be on the agenda next week as global leaders gather in New York for the United Nations Climate Action Summit. Their task is to accelerate action toward climate change mitigation goals agreed to in Paris in 2015: limiting warming to 1.5 degrees Celsius or, at most, 2.0 degrees this century.