The Ultimate in Personalized Medicine: Your Body on a Chip 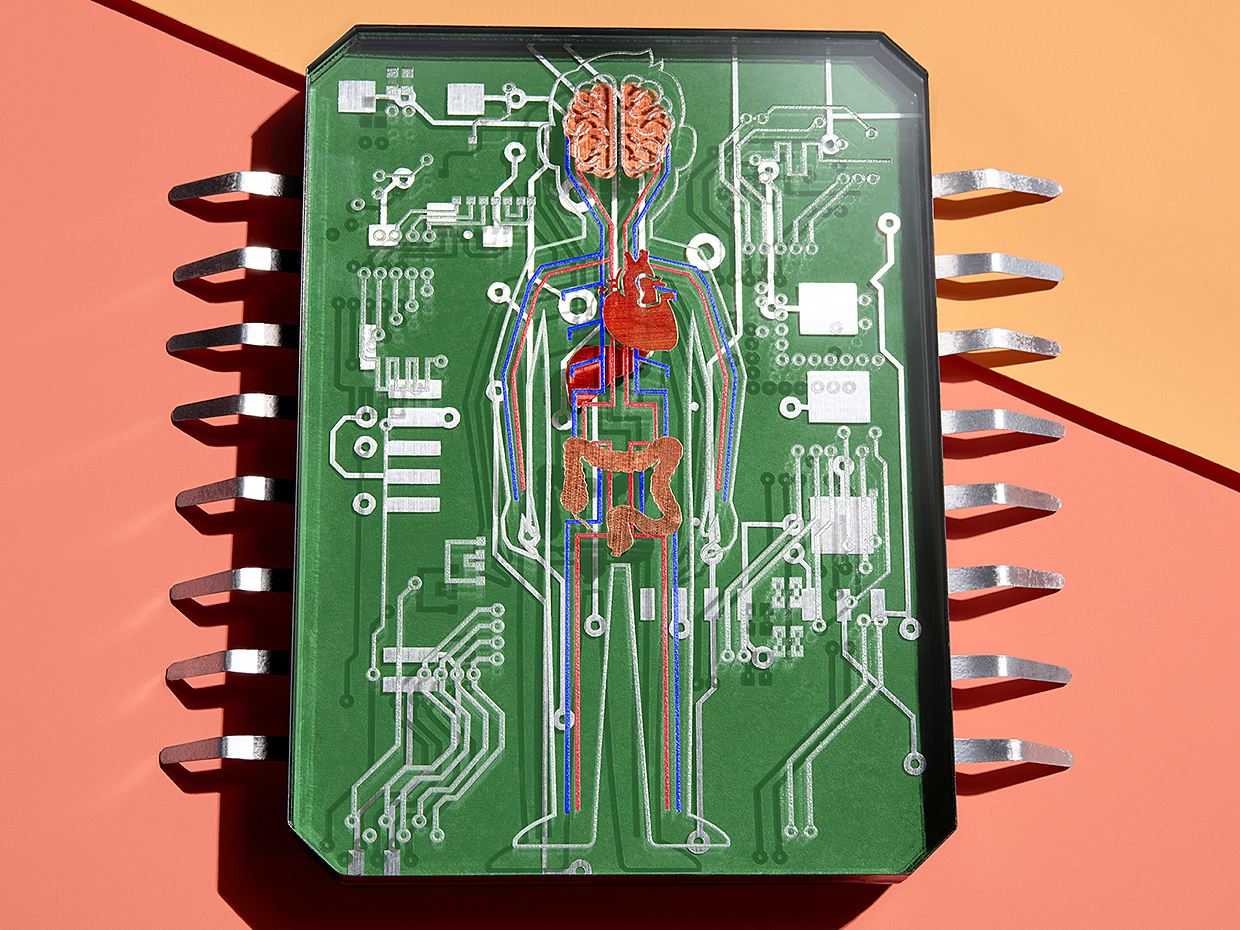 You’ve fallen ill, but neither you nor your doctor know which treatment will work. Which would you rather do—try five different drugs, one at a time, until you find one that treats your illness without serious side effects, or take one drug that’s guaranteed to work? You’d opt for that one drug, of course.

Right now, though, there’s no way to know for certain that a particular medication will work in your particular case. But someday, before you ever take that drug, it could be tested on a version of you small enough to fit in your pocket.

These miniaturized copies of you would be enabled by improvements to technologies that are currently in development in labs around the world. These organ-on-a-chip devices—usually made on substrates of plastic or rubber, not silicon—contain living cells. These cells are organized to form a 3D bit of artificially grown tissue, often called an organoid, that operates like a human organ but on a scale of cubic millimeters. A liver organoid might be functional enough to metabolize the painkiller paracetamol. A lung organoid could simulate breathing.

An organoid on its own is useful, but in your body, no single organ works in isolation. Your organs are in constant communication. Your nervous system sends commands to the rest of the organs to modulate their behaviors; your heart pumps blood to other organs to deliver oxygen and nutrients; the pancreas produces insulin that tells everything else how much glucose to take in. And we can’t know for sure the real therapeutic value of a new drug or its side effects unless we can test it in a system more complex than just one organ. So researchers, including my group at Harvard Medical School and at Brigham and Women’s Hospital, in Boston, have been developing chip-based systems with multiple organoids—systems with a miniature heart, a diminutive liver, even a basic brain. Many of these are 3D printed and all are connected by a circulatory system of microfluidic pumps and channels.

Today scientists are using these systems to figure out how drugs work inside the body, find new therapies, and understand how cancer spreads, among many other things. And one day researchers will be able to use your own cells in these systems to predict how drugs will work in you and how to defeat your cancer. That’s important because the same drug can have a different effect—or side effect—on you than it would on somebody else, even someone in your own family. There are indeed still many mysteries about how relatively common drugs work, and a number of blockbuster drugs help only a fraction of those to whom they are prescribed.

Getting to the point where we can produce person-specific systems that can solve these mysteries will require advances in stem-cell research as well as in biofabrication, but this most personal of approaches to personalized medicine is definitely in sight. [READ MORE]