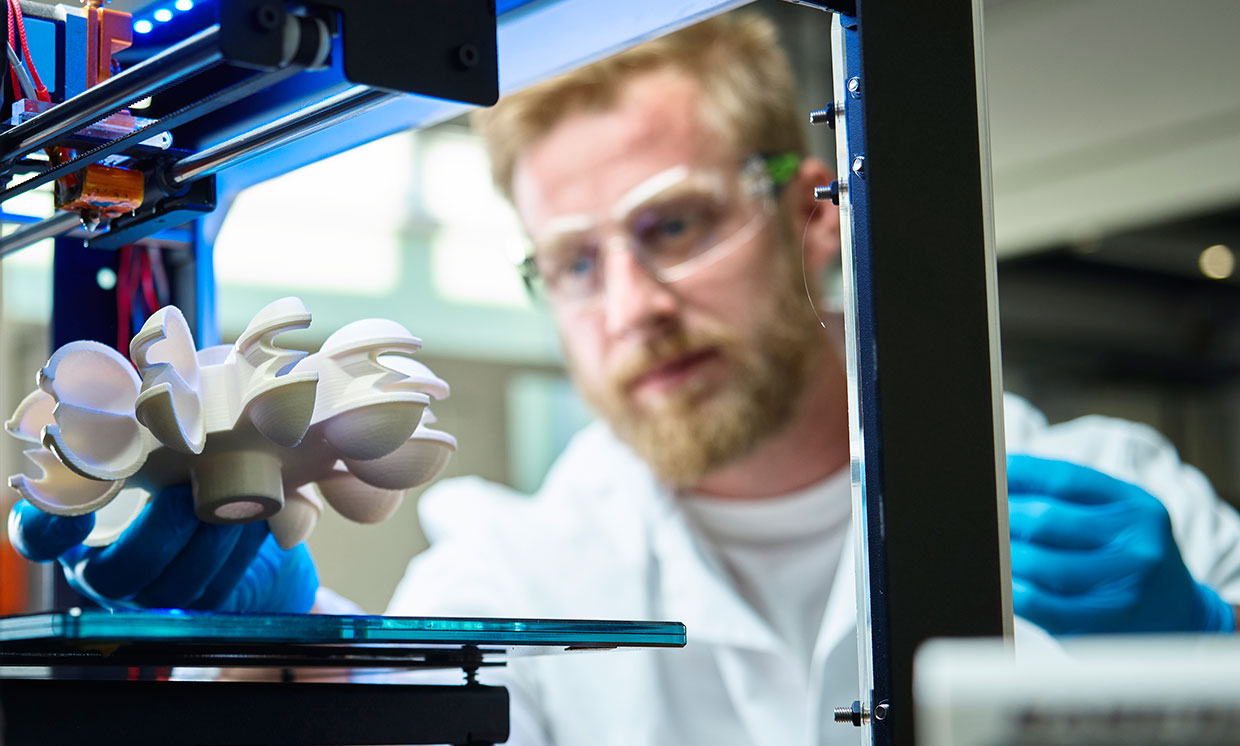 The engineers who developed the algorithm find it increases a 3D printer’s accuracy by up to 50 percent. That can make a big difference for high-precision industrial jobs, says Qiang Huang, an associate professor of industrial and systems engineering at the University of Southern California, who helped create it.

Industrial 3D printers and additive manufacturing devices often use expensive materials, so the cost of throwing out prints that aren’t quite right can add up. For instance, it can cost hundreds of dollars in materials to 3D print a single airplane part. And some printers require seven to 10 drafts per job in order to fabricate an object that is accurate in every dimension and curve.

Huang’s group’s program, PrintFixer, requires a given printer to only produce five to 10 draft objects during initial setup. Once those objects are 3D laser scanned and compared to the computer-aided design (CAD) files that generated them, the algorithm develops a neural net model of the printer’s inaccuracies.

Then, when a new print job is sent to the same printer, PrintFixer recognizes the sorts of corners and curves that need to be distorted slightly so that the ultimate printed object is completely true to its design.

Huang says his group actually developed a new kind of machine learning algorithm to power PrintFixer. Existing image processing neural networks were mostly looking at the wrong thing for what his group needed to do.

Instead, they approached the challenge as a sort of real-world integral calculus problem. Each layer a 3D printer lays down is like a narrow portion of the area underneath the curve of some mathematical function. (Say for instance, it’s the 34th successive layer required to print a sprocket.) From looking at the CAD file, they know what the shape of that 34th layer should be. And from the laser scan, they know what that 34th layer actually looks like.

So their algorithm performs a mathematical operation called convolution (not related to convolutional neural networks) that compares this small cross-section of the object with its idealized CAD file representation.

Add up all those convolutions over however many sample objects are scanned in, and the neural net begins to “learn” the quirks of the printer that created those objects. So when a new print job comes in, PrintFixer can compensate for the printer’s quirks and rendering peculiarities.

Huang says his group has already worked with Honeywell Aerospace and Hewlett Packard Enterprise to refine the algorithm. PrintFixer has not, however, been released to the public. “I’m hoping within three years we can make it available, if not sooner,” he says.

Among the complications still to be tackled are the different kinds of inaccuracies that crop up in 3D printing. Some simply pertain to the geometric shape of the object—one portion of the object should be a perfect circle, for instance, but it’s oblong in one direction—and those are the sort PrintFixer is currently equipped to handle. [READ MORE]