How Diligent’s Robots Are Making a Difference in Texas Hospitals 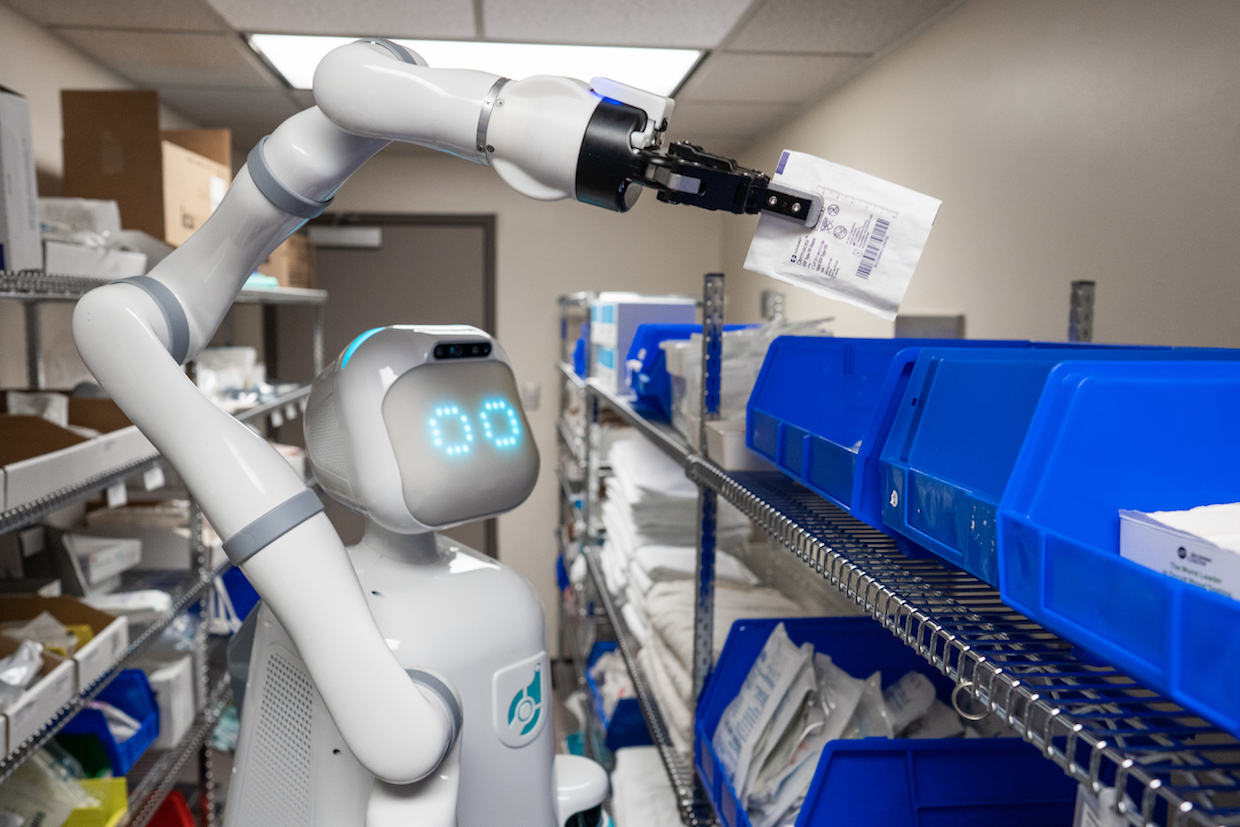 For the last several years, Diligent Robotics has been testing out its robot, Moxi, in hospitals in Texas. Diligent isn’t the only company working on hospital robots, but Moxi is unique in that it’s doing commercial mobile manipulation, picking supplies out of supply closets and delivering them to patient rooms, all completely autonomously.

A few weeks ago, Diligent announced US $10 million in new funding, which comes at a critical time, as the company addressed in their press release:

Now more than ever hospitals are under enormous stress, and the people bearing the most risk in this pandemic are the nurses and clinicians at the frontlines of patient care. Our mission with Moxi has always been focused on relieving tasks from nurses, giving them more time to focus on patients, and today that mission has a newfound meaning and purpose. Time and again, we hear from our hospital partners that Moxi not only returns time back to their day but also brings a smile to their face.

We checked in with Diligent CEO Andrea Thomaz last week to get a better sense of how Moxi is being used at hospitals. “As our hospital customers are implementing new protocols to respond to the [COVID-19] crisis, we are working with them to identify the best ways for Moxi to be deployed as a resource,” Thomaz told us. “The same kinds of delivery tasks we have been doing are still just as needed as ever, but we are also working with them to identify use cases where having Moxi do a delivery task also reduces infection risk to people in the environment.”

Since this is still something that Diligent and their hospital customers are actively working on, it’s a little early for them to share details. But in general, robots making deliveries means that people aren’t making deliveries, which has several immediate benefits. First, it means that overworked hospital staff can spend their time doing other things (like interacting with patients), and second, the robot is less likely to infect other people. It’s not just that the robot can’t get a virus (not that kind of virus, at any rate), but it’s also much easier to keep robots clean in ways that aren’t an option for humans. Besides wiping them down with chemicals, without too much trouble you could also have them autonomously disinfect themselves with UV, which is both efficient and effective.

While COVID-19 only emphasizes the importance of robots in healthcare, Diligent is tackling a particularly difficult set of problems with Moxi, involving full autonomy, manipulation, and human-robot interaction. Earlier this year, we spoke with Thomaz about how Moxi is starting to make a difference to hospital staff. [READ MORE]