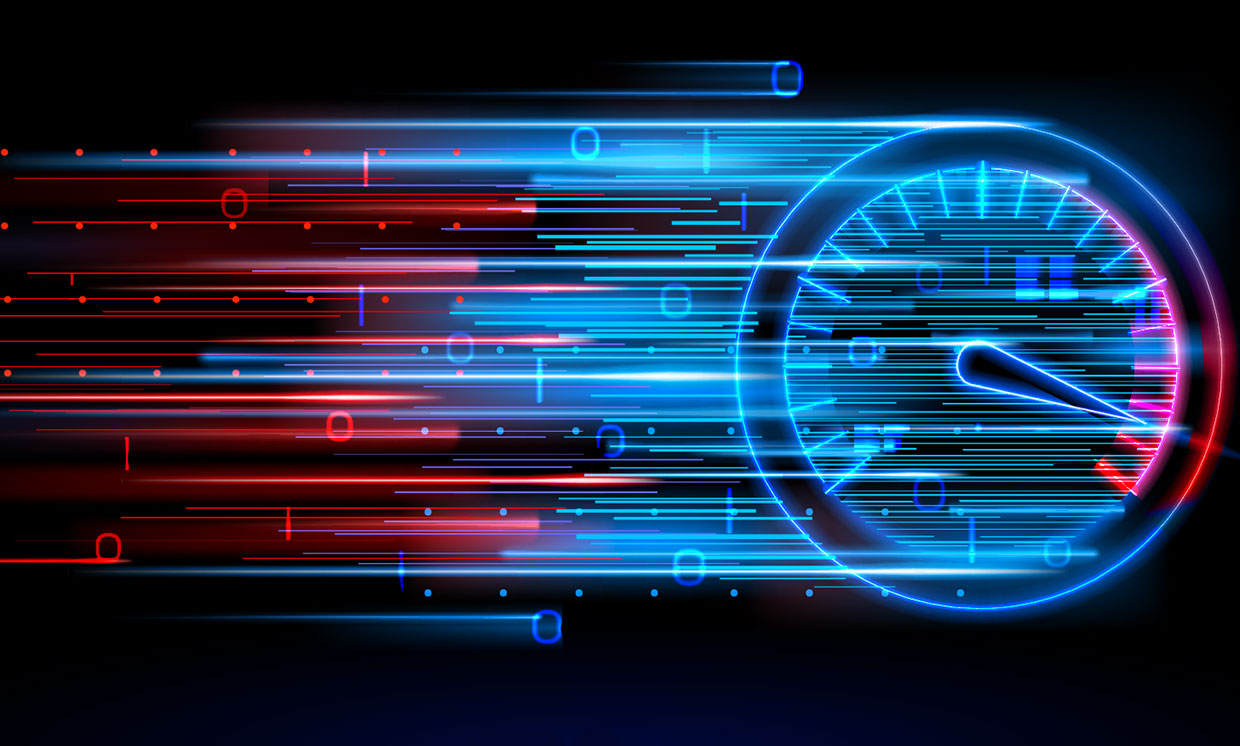 Using the same kind of techniques that allow DSL to transmit high-speed Internet over regular phone lines, scientists have transmitted signals at 10 terabits per second or more over short distances, significantly faster than other telecommunications technologies, a new study finds.

Digital subscriber line (DSL) modems delivered the first taste of high-speed Internet access to many users. They make use of the fact that existing regular telephone lines are capable of handling a much greater bandwidth than is needed just for voice. DSL systems leverage that extra bandwidth to send multiple signals in parallel across many frequencies.

Using megahertz frequencies, current DSL technologies can achieve downstream transmission rates of up to 100 megabits per second at a range of 500 meters, and more than 1 gigabit per second at shorter distances. (DSL signal quality often decreases over distance because of the limitations of phone lines; telephone companies can boost voice signals with small amplifiers called loading coils, but these do not work for DSL signals.)

This new study began with a call “out of the blue” from John Cioffi, “the father of DSL,” says study senior author Daniel Mittleman, a physicist at Brown University. Cioffi, who is now chairman and CEO of Internet connectivity firm ASSIA in Redwood City, California, wanted to see if recent advances in gigahertz transmitters might boost the data rates of DSL a thousandfold, Mittleman says.

To explore this possibility, the scientists experimented with sending a continuous 200-gigahertz signal through a setup that emulated the metal-sheathed twisted pairs of telephone cables typically used for DSL service. This consisted of two half-millimeter-wide copper wires (the most common gauge used in telephone cable) running parallel inside a wide stainless steel pipe. The metal sheath was designed to enclose the energy of the signals and eliminate any losses that might come from any bending of the wires.