What’s the Deal With Robot Comedy? 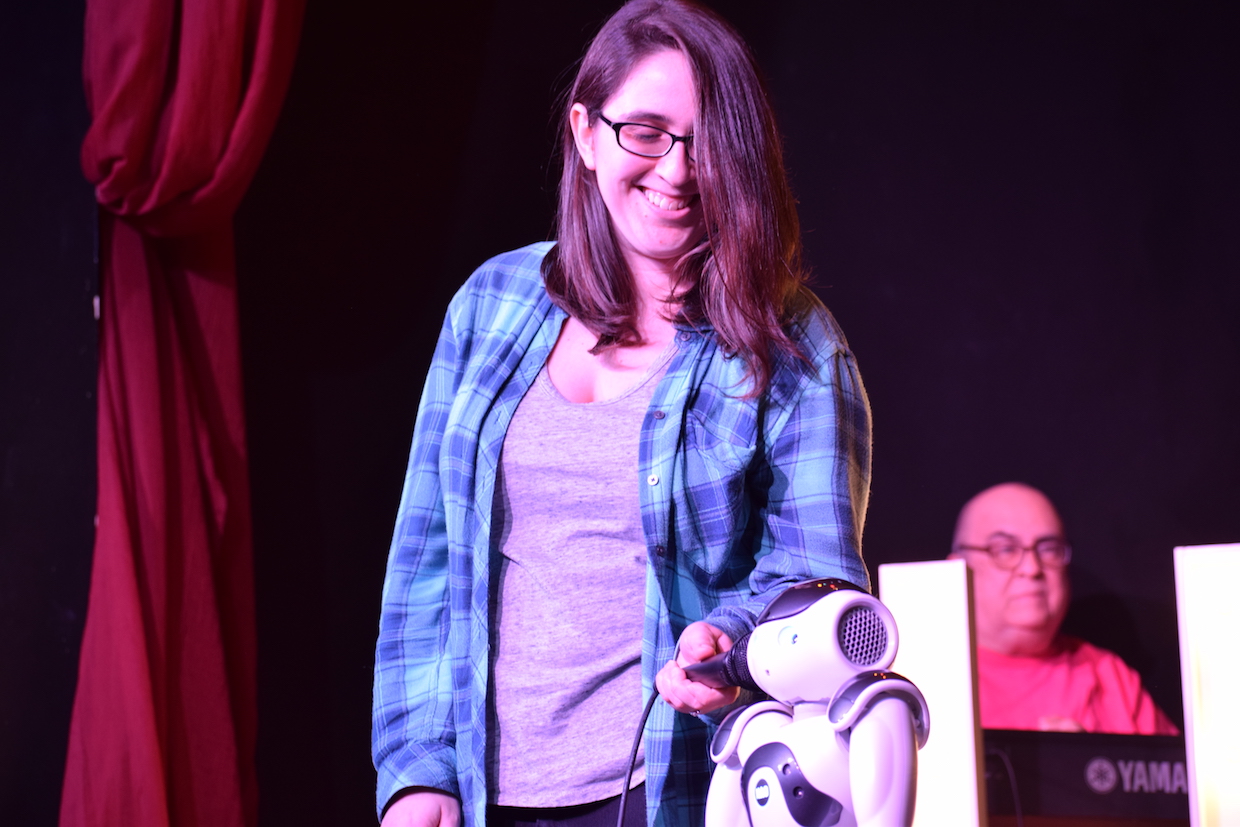 How to teach a robot to be a stand-up comedian

In my mythical free time outside of professorhood, I’m a stand-up comedian and improviser. As a comedian, I’ve often found myself wishing I could banter with modern commercial AI assistants. They don’t have enough comedic skills for my taste! This longing for cheeky AI eventually led me to study autonomous robot comedians, and to teach my own robot how to perform stand-up.

I’ve been fascinated with the relationship between comedy and AI even before I started doing comedy on my own in 2013. When I moved to Los Angeles in 2017 as a postdoctoral scholar for the USC Interaction Lab, I began performing in roughly two booked comedy shows per week, and I found myself with too good of an opportunity for putting a robot onstage to pass up.

Programming a NAO robot for stand-up comedy is complicated. Some joke concepts came easily, but most were challenging to evoke. It can be tricky to write original comedy for a robot since robots have been part of television and cinema for quite some time. Despite this legacy, we wanted to come up with a perspective for the robot that was fresh and not derivative.

Another challenge was that in my human stand-up comedy, I write almost entirely from real-life experience, and I’ve never been a robot! I tried different thought exercises—imagining myself to be a robot with different annoyances, likes, dislikes, and “life” experiences. My improv comedy training with the Upright Citizens Brigade started to come in handy, as I could play-act being a robot, map classic (and even somewhat overdone) human jokes to fit robot experiences, and imagine things like, “What is a robot family?”, “What is a robot relationship like?”, and “What are drugs for a robot?”

As a robotics professor, you never quite know how thousands of dollars of improv classes will come into play in your professional life until they suddenly do! Along the way, I sought inspiration and premises from my comedy colleagues (especially fellow computer scientist/comedian Ajitesh Srivastava), although (at least for now) the robot’s final material is all written by myself and my husband, John. Early in our writing process, we made the awkward misstep of naming the robot Jon as well, and now when people ask how John’s doing, sometimes I don’t know which entity they’re talking about.

Searching for a voice for Jon was also a bit of a puzzle. We found the built-in NAO voice to be too childlike, and many modern text-to-speech voices to be too human-like for the character we were aiming to create. We sought an alternative that was distinctly robotic while still comprehensible, settling on Amazon Polly. Text-to-speech researchers would probably be astounded by the mounds of SSML (Speech Synthesis Markup Language) that we wrote to get the robot to clearly pronounce phrases that humans (or at least humans in the training dataset) have almost certainly never said, such as “I want to backpropagate all over your hidden layers” or “My only solace is re-reading Sheryl Sand-bot’s hit book, ‘Dial In.’” For now, we hand-engineered the SSML and also hand-selected robot movements to layer over each joke. Some efforts have been made by the robotics and NLP communities to automate these types of processes, but I don’t know of any foolproof solution—yet!  [READ MORE]