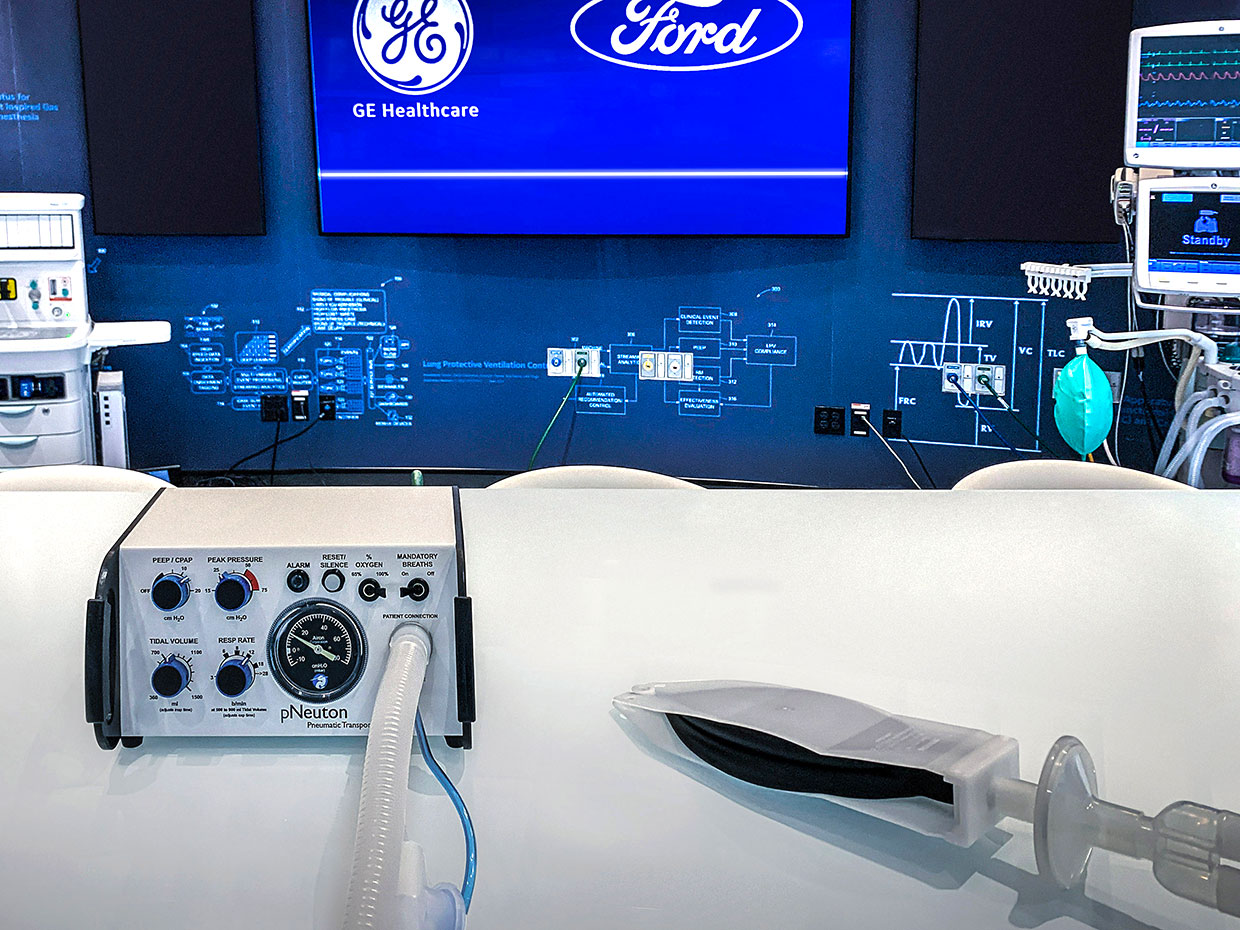 Ford, GM, and others are making low-cost, simplified versions of critical medical equipment to aid in the coronavirus response

The sudden arrival of the new coronavirus has caused shortages of ventilators, face masks, and respirators. And those shortages have now sparked automakers, quite unexpectedly, to enter the business of manufacturing critical medical equipment.

On the surface, it makes little sense: What do the makers of Mustangs and Chevrolet Volts know about ventilators? Automakers have been first to admit—not much at all.

“We’re not the experts here, but we can help the experts,” Mike Levine, Ford spokesman, said in a phone interview.

Instead of reinventing the wheel, automakers are leveraging their expertise in fast manufacturing, logistics, and supply-chain operations. Ford CEO Jim Hackett has said it currently takes GE about 27 hours to build a ventilator, but estimates Ford can cut production time in half, to around 13 hours.

Ford has teamed up with GE Healthcare to produce 1,500 ventilators by the end of April and 12,000 by the end of May. In addition, Ford plans to make 50,000 ventilators in 100 days beginning on April 20 at a plant in Ypsilanti, Mich. The simplified, FDA-approved design, licensed from Florida-based Airon Corp., runs on pneumatic pressure and requires no electricity to operate. Ford plans to start production using paid volunteers from the United Auto Workers.

Ford’s PAPRs look like something out of a movie: a spacesuit-like helmet with a battery-operated blower unit that draws air through a protective filter and pushes scrubbed, cooled air through a hose and into the helmet. It’s useful anywhere that people face toxic airborne contamination, including in medicine, the military, law enforcement, firefighting, paint shops, welding, and other industries.

To save critical time, Ford identified and repurposed off-the-shelf parts to use in PAPRs, including a seat-cooling fan from its F-150 pickup truck, lithium-ion battery packs from power tools, and respirator hood fabrics sourced from paint booths. Levine compared the Ford-modified PAPR to a point-and-shoot version of a pricey DSLR camera. Ford may assemble the PAPRs in one of its own plants, and 3M will produce them as well. [READ MORE]