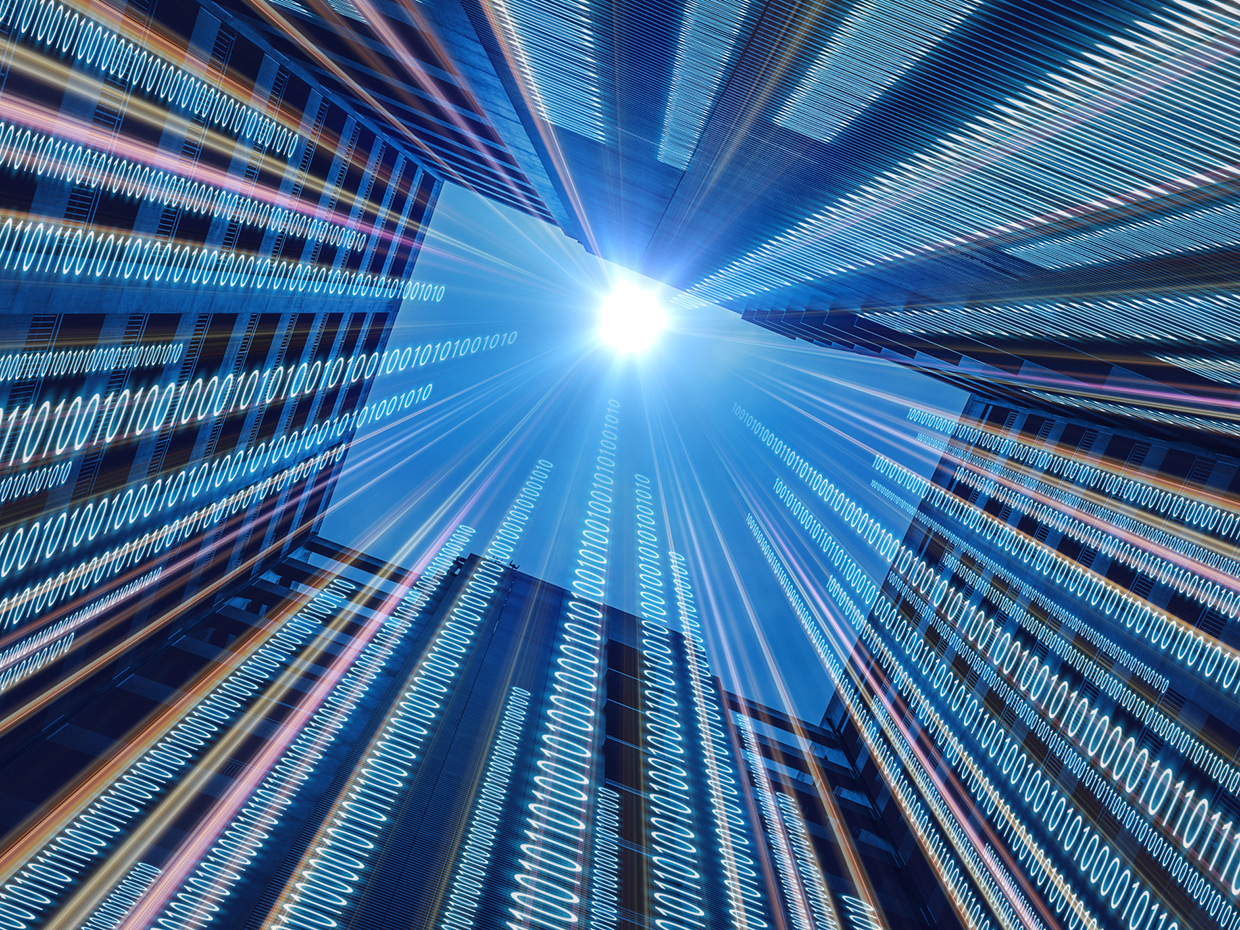 Replacing radio waves with laser light could boost the speed and reach of communications far beyond that promised by 5G. It could allow autonomous cars to talk to each other, let drones send high-resolution photos to the ground, and move large volumes of data around smart factories and smart homes. At least that’s the vision of SLD Laser, a Santa Barbara, Calif., company that demonstrated its latest version of laser LiFi at the recent Consumer Electronics Show in Las Vegas.

“There’s loads of data that are being accumulated and are being moved around,” says Paul Rudy, chief marketing officer at SLD. “You need to transmit data and you need to do it at [long] range with as fast a data rate as possible.”

The idea of LiFi is to use optical communications—the backbone of data transmission on the Internet and telecommunications networks—in situations that normally rely on radio frequency transmissions, such as WiFi. One idea is to place LiFi routers on ceilings and use the light from LEDs to beam data around a room at rates of 100 gigabits per second, much faster than WiFi can achieve. The concept hasn’t really penetrated the market, although an Edinburgh-based startup, Pure LiFi, and CEA-Leti, a research institute in Grenoble, France, have demonstrated systems.

Rudy hopes focusing on applications that are data heavy and require stable connections over a broad range of distances—autonomous vehicles and drones head this list—will help break the logjam. Those require data rates of many gigabits per second over ranges of perhaps hundreds of meters. Lasers can achieve that at lower power and with less difficulty than RF equipment, Rudy says. As for cars, “You already have headlights in the vehicle,” he says. “Being able to broadcast data from those existing illumination sources can save lots of energy and also save the overall system cost.”

At CES, the company demonstrated data rates of 20 Gb/s with its laser LiFi. The 5G wireless communication that is currently being rolled out should make possible rates of at least 1 Gb/s and could eventually reach 10 Gb/s.

Basing LiFi on lasers rather than LEDs boosts the performance because lasers can be modulated much faster and the optical power can be greater, increasing the range. To get high optical power without causing eye damage, SLD uses blue-emitting lasers to excite a phosphor, producing white light. That cuts the power down to eye-safe levels while still maintaining the advantages of lasers over LEDs.

It makes sense that SLD is innovating in this area. It was founded in 2013 by Shuji Nakamura, who won the 2014 Nobel Prize in physics for his role in inventing efficient blue LEDs and helping to kick off use of LEDs for general illumination. The company has hired as an advisor Harald Haas, a professor of mobile communications at the University of Edinburgh, who coined the term LiFi and has been promoting research into the technology. He’s also a co-founder and chief scientific officer at Pure LiFi.

Rudy says laser LiFi could be ready for mobile applications such as autonomous vehicles within about three years. Systems for transmitting bits across fixed, data-heavy environments (including smart factories and smart homes) might begin showing up in about four years, he says. [READ MORE]