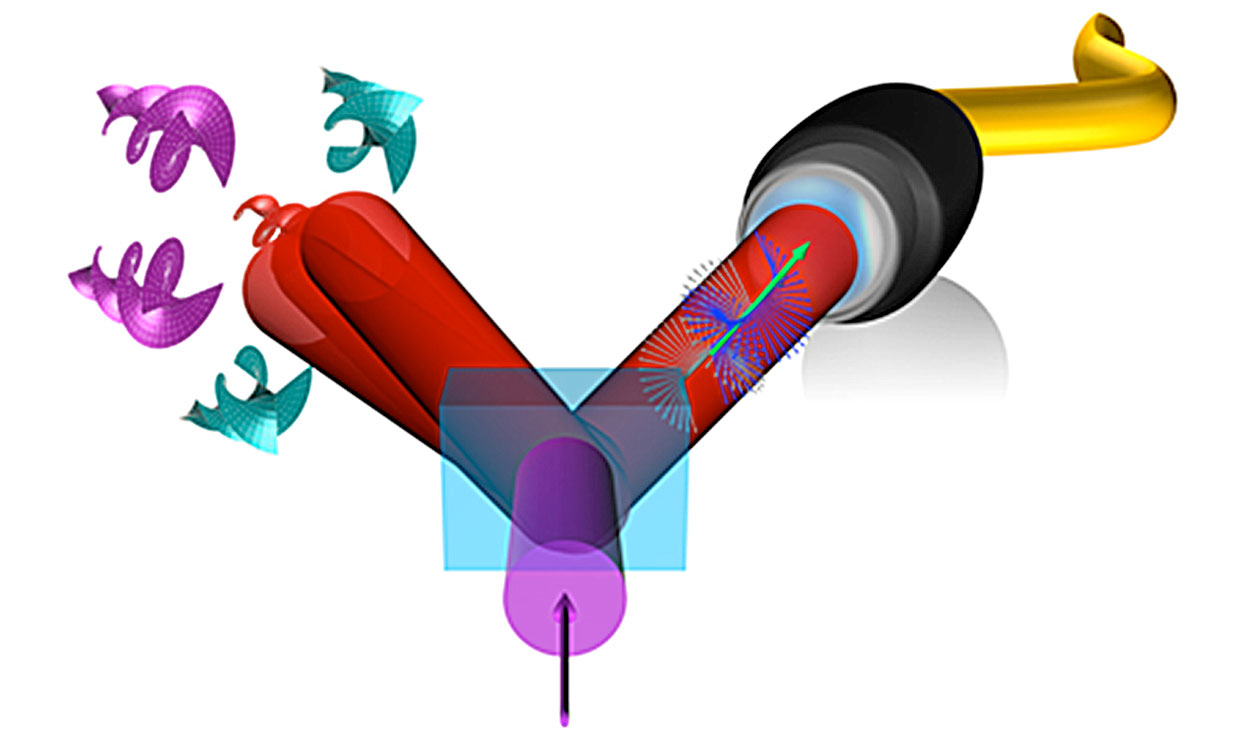 A new method could increase transmission of secure data

It’s difficult to send quantum information over the fiber-optic networks that carry most of the world’s data, but being able to would allow people to encrypt their messages with secret codes made unbreakable by the laws of physics. Now researchers have found a way to allow the transmission of such codes over long distances, by combining different quantum properties on the same photons.

Quantum communications works through a process called entanglement, which creates a pair of photons with complementary properties—one might be polarized so its waves move horizontally, while its twin is vertically polarized. Because the two are linked, determining the property of one automatically tells you the property of the other, no matter how far apart they are. It allows for secure communications, because if someone intercepts a photon and reads it, that action changes the photon, exposing the interception.

Another quantum property is orbital angular momentum (OAM), which looks like the spiral path around a corkscrew. OAM comes in an infinite set of patterns of electromagnetic waves, so it could encode vastly more information than the simple on/off of polarization states. The problem is that one type of fiber, single-mode, can only carry one pattern, or mode, at a time, limiting its capacity. The other type, multimode fiber, can carry many patterns, but over distance they tend to transfer energy among them, destroying the quantum information; the furthest entangled states have traveled over standard multimode fiber is about 1 meter.

Researchers Jian Wang of Huazhong University of Science and Technology in Wuhan, China, and Andrew Forbes of University of the Witwatersrand, South Africa, have combined polarization and OAM into a hybrid state on their entangled photons. In the latest issue of Science Advances, they describe how they first split one photon into two lower-energy photons, A and B, with different OAMs. They then pass photon A through a set of optics that gives it a particular polarization. Because the polarization state is just one mode, they can send it along a 250-meter-long single-mode fiber.

They send the photons to separate detectors, and measure the polarization of photon A and the OAM of photon B. Because the two are entangled, information about photon B has been carried through the fiber by photon A. “The trick works because the photons don’t know what they are until we measure them, so the state is unaware that we have multiple patterns in the game,” Forbes says. “But by the time we measure them and indicate the patterns, the one photon has already passed through the fiber.”

The trick essentially expands the alphabet of quantum states that can encode information. Forbes says it’s similar to how having multiple quantum bits in a quantum computer quickly add up to extraordinary computing power; a machine with roughly 60 qubits can outperform a supercomputer.

Now it’s up to researchers to develop communications protocols that can take advantage of this new technique. And Forbes expects to reach greater transmission distances than the 250 meters of their demonstration. “It should be possible to get across 100 km of fiber, which would make it practical,” he says. [READ MORE]