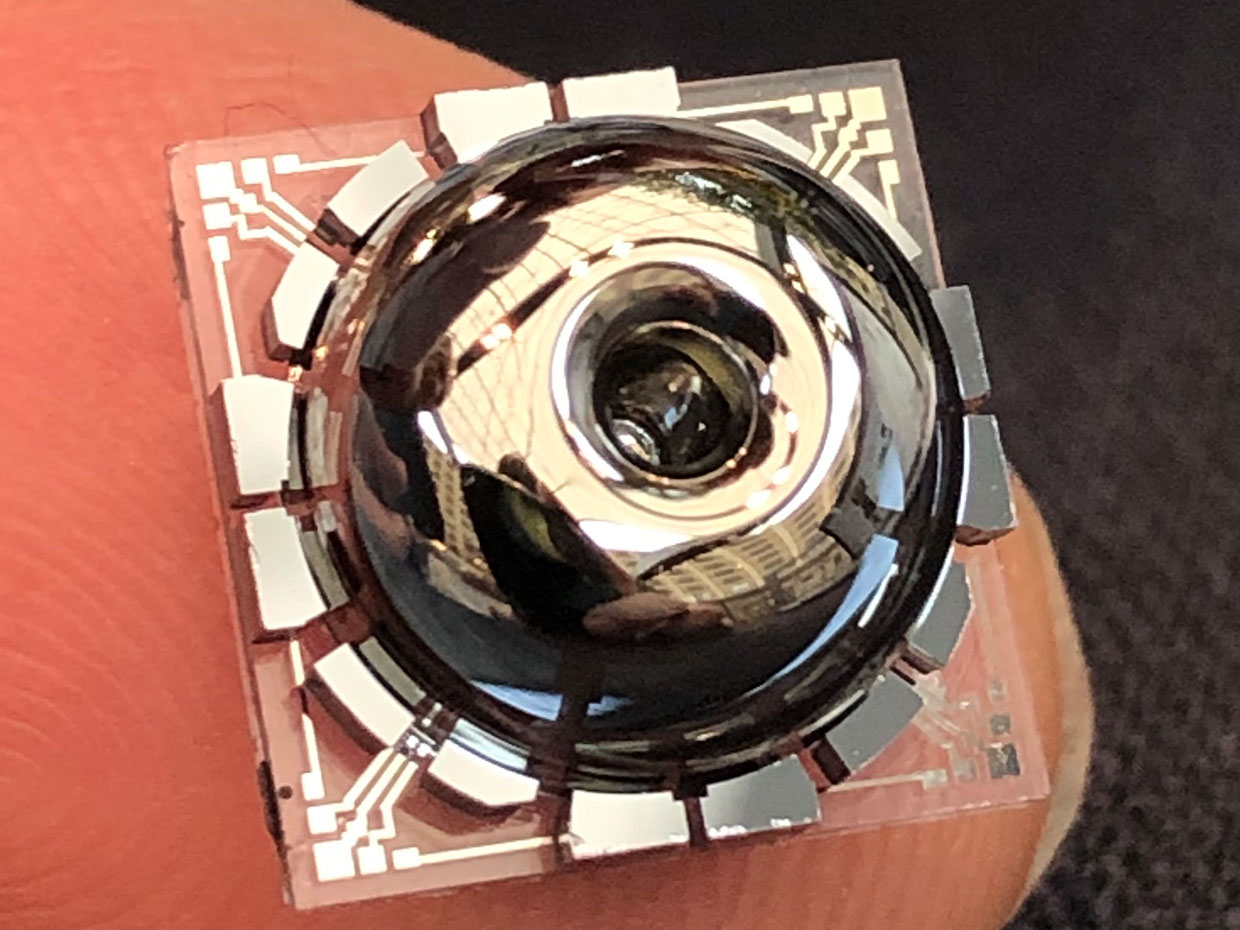 As useful as GPS is, it’s not a system that we can rely on all the time. There are many situations in which GPS might not be available, such as when you’re inside a building, driving through a tunnel, on a battlefield, in a mine, underwater, or in space.

Systems that need to track location, like your cell phone, an autonomous car, or a submarine, often use what are called Inertial Measurement Units (a combination of accelerometers and gyroscopes) to estimate position through dead reckoning by tracking changes in acceleration and rotation. The accuracy of these location estimates depends on how accurate the sensors in those IMUs are. Unfortunately, gyroscopes that can do a good job of tracking rotation over long periods of time are too big and too expensive for most commercial or consumer-grade systems.

Researchers at the University of Michigan, led by Khalil Najafi and funded by DARPA, have presented a paper at the 7th IEEE International Symposium on Inertial Sensors & Systems on a new type of of gyroscope called a precision shell integrating (PSI) gyroscope, which the authors say is “10,000 times more accurate but only 10 times more expensive than gyroscopes used in your typical cell phone.” It offers the performance of much larger gyroscopes at one thousandth the cost, meaning that high-precision location awareness, indoor navigation, and long-term autonomy may soon be much more achievable for mobile devices and underground robots.

For some context on just how much better PSI gyro is, it’s important to understand the performance you get from the kind of gyroscopes that you almost certainly have in your cell phone.

Why gyros are important

Your phone has three gyroscopes plus three accelerometers that are combined into an inertial measurement unit (IMU) which can detect both acceleration and rotation in all three axes. This IMU probably costs a few dollars. The gyros in it have a sensitivity* that’s on the order of about 1,000 degrees per hour, meaning that if you spent an entire hour very slowly rotating your phone, the gyro would notice if there were three-ish or more rotations over that time, but if you rotated your phone a bit slower so that it rotated only twice over an hour, the rotation would be too slow for the gyro to detect. This is fine, because your phone only really cares about big, fast rotations (tens of degrees a second), like when you pick your phone up or flip it over.

Along with sensitivity, there’s also accuracy, or how close the rotation that a gyro measures is to the actual amount of rotation that it’s experiencing. Most sensors have some kind of accuracy offset, which is called bias—this is what the sensor sees when it should be seeing nothing, or in the case of a gyro, what it measures when it’s not moving at all. There’s nothing necessarily wrong with bias in a sensor as long as that bias is stable. If the bias is the same all the time, you can calibrate for it, and get accurate results. But if the bias is unstable, and changes unpredictably, that’s going to really mess with the accuracy of your sensor.

For a typical cell phone gyro, the bias instability is anywhere from hundreds to thousands of degrees per hour. Again, this is fine, because your phone is more concerned with measuring tens or hundreds of degrees of rotation on the second scale, which is all it needs for games or to stabilize the camera. [READ MORE]