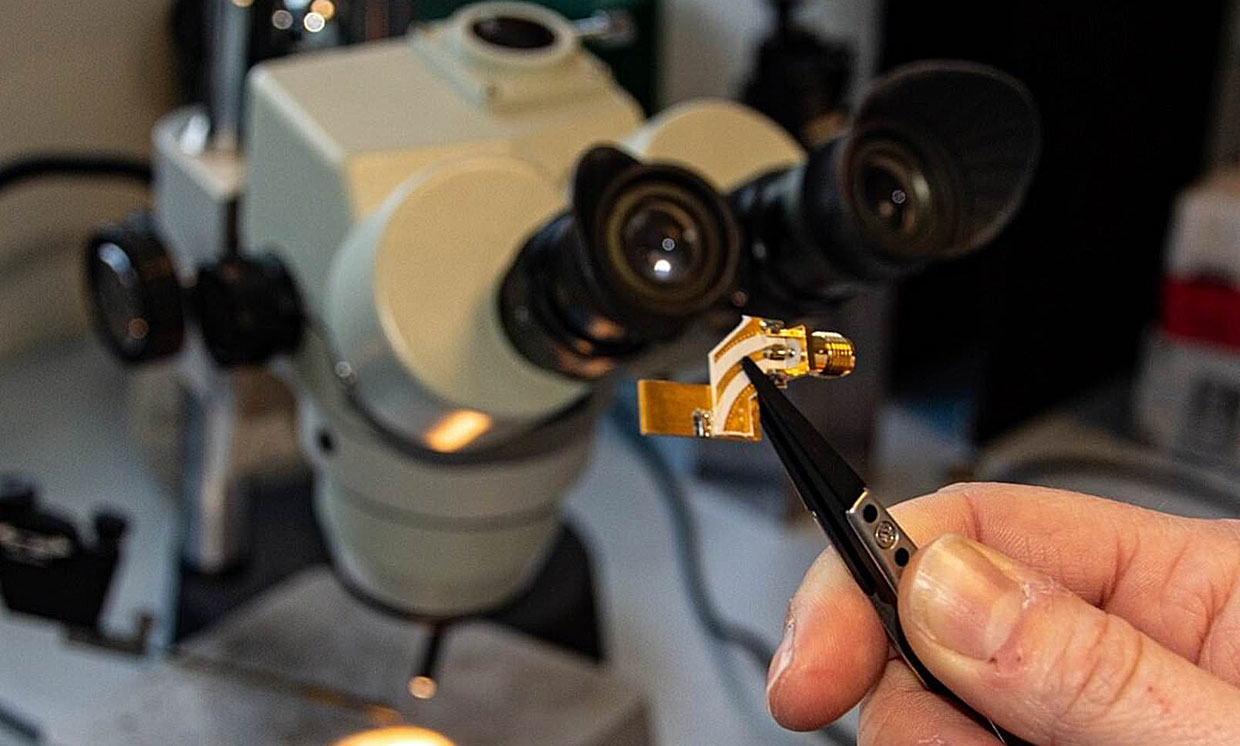 Societies in Africa, the Amazon basin, and New Guinea used to send messages over long distances by banging on drums. Now a group of scientists in the United Kingdom is adapting that idea, using sound pulses to speed up the transmission of data.

Data centers and satellite relays have vast amounts of information to send from one place to another, so speeding up transmission would help enormously. Quantum cascade lasers (QCLs) can emit light at terahertz frequencies, but data has to be encoded onto the laser beam, and the basic laws of physics place a limit on how fast electronic systems can modulate the beam.

So engineers from the University of Leeds and the University of Nottingham in England decided to skip the electronics and use an acoustic wave to modulate the light instead. They describe their proof-of-concept in a recent paper in Nature Communications.

A QCL consists of a series of quantum wells, small areas that confine electrons at specific energy levels. As an electron drops from one well to the next in a sort of waterfall effect, it emits a photon, so a single electron can produce many photons.

To modulate the emission of those photons, and thus encode data onto the laser beam, the research team attached a thin aluminum film to one contact of the laser. They then hit the film with pulses from a different type of laser. Each brief pulse caused the aluminum skin to produce an acoustic wave that ran through the QCL, slightly deforming the structure.

“It’s as if the whole system’s being shaken really,” says John Cunningham, a professor of electronic and electrical engineering at Leeds who led the research. “It changes the probability of electron transfer between the quantum wells.”

The team used an off-the-shelf QCL to create its prototype system, and only achieved modulation of about 6 percent. Cunningham says it should be possible to reach 100 percent modulation by redesigning the laser so that the quantum wells are specifically engineered to respond to acoustic waves. He’d also like to incorporate a semiconductor phonon laser—a saser, the sonic equivalent of a laser—invented by Tony Kent, a professor of physics at Nottingham and a co-author of the paper. That would make the system more compact and efficient.

Electronic circuits, limited by inductance, capacitance, and resistance, can modulate a laser at a few tens of gigahertz at most. Cunningham says an acoustic system should increase that to hundreds of gigahertz for a tenfold increase in transmission speed, and might one day get even faster. [READ MORE]