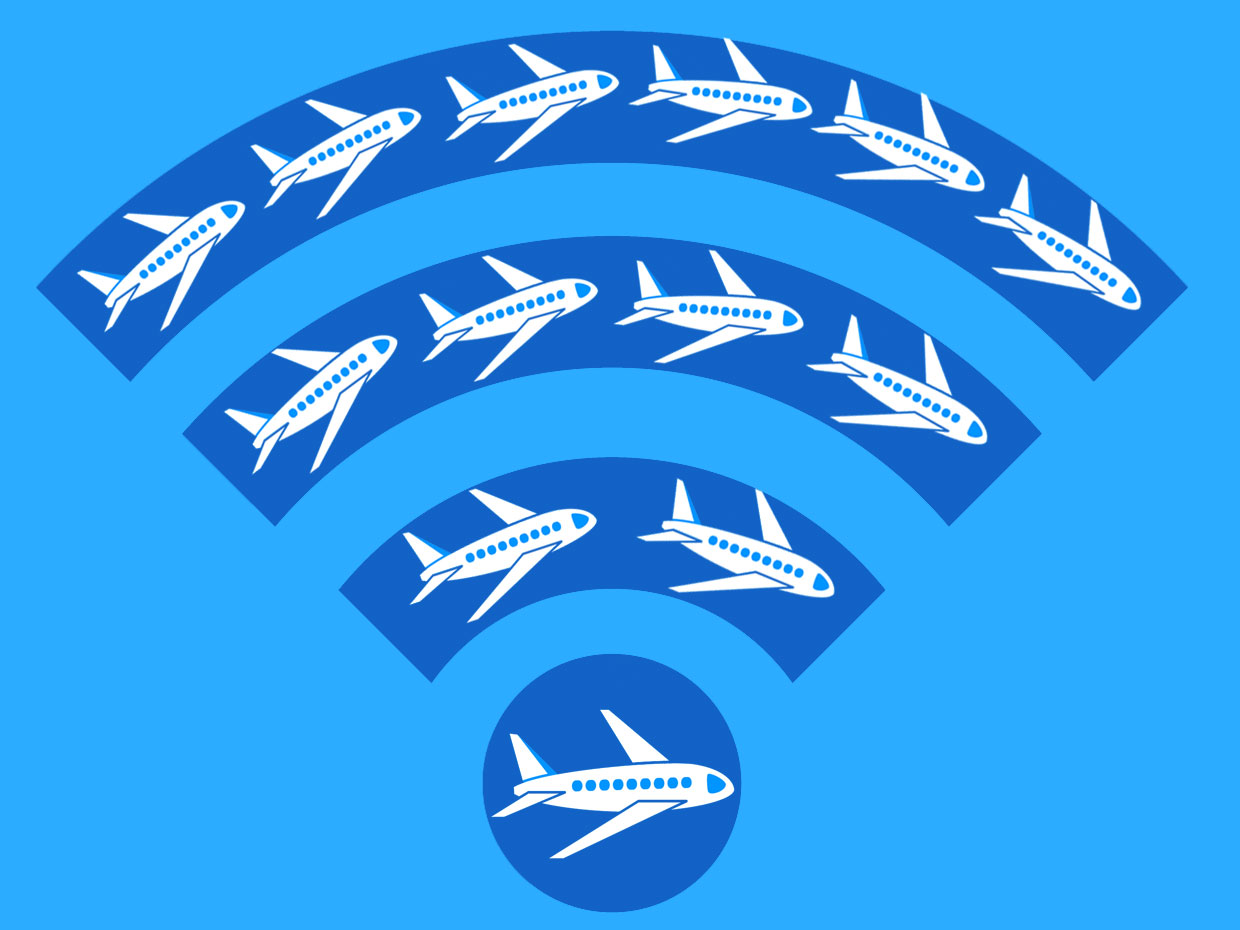 To be fair, the fact that we can connect to the Internet at all while we’re screaming across the sky at hundreds of kilometers an hour in a metal tube is pretty incredible. But still, the quality of that Internet connection often leaves something to be desired.

Jack Mandala, the CEO of the industry group Seamless Air Alliance, credits the generally poor inflight Wi-Fi experience in part to the fact that there have never been industry-wide standards developed for the technology. “With regard to inflight connectivity, it’s largely just been proprietary equipment,” he says.

Mandala explains that historically, airlines have been responsible for providing their own inflight wireless service. Practically speaking, that means airlines go to one of a handful of companies that specialize in building this wireless equipment and have systems custom-designed for their fleet, to the tune of roughly US $600,000 or $700,000 per plane. These wireless systems are not just for passenger Wi-Fi, they’re also responsible for the rest of the pilots’ and plane’s communications with the ground.

The upshot is that each airline typically ends up locked into a proprietary wireless system that only works with the specific vendor that built it. The situation makes it difficult for an airline to adapt or upgrade its system in response to the latest tech—such as the growing number of low Earth orbit satellites that could offer a colossal amount of new wireless backhaul.

Seamless Air Alliance’s goal was to sit down and develop a standard for inflight Wi-Fi. Mandala says the effort, initially pushed for by the airlines themselves, took a lot of inspiration from the standards efforts done by the mobile industry (3GPP, for example, is the industry group defining the standards for 5G cellular).

Mandala says the biggest challenge in establishing the standards wasn’t anything technical, per se, but rather how granular they could get in establishing subsystems without infringing on companies’ proprietary technologies. In the end, he says, the standard defines eight subsystems, so that an airline can mix and match components and still expect a functional wireless system. Mandala declined to name the subsystems—he says they haven’t been announced yet but will be in the final standards release.

The hope is that giving airlines standardized components that they can flexibly swap into and out of the crafts in their fleets, the airlines will be better positioned to respond to changes in communications technology.

For example, a plane’s antennas are currently stored in a relatively small hump on the top of the craft, typically about 45 centimeters high. Even though it’s so small, that hump causes tremendous amounts of wasted jet fuel, Mandala says, causing an estimated minimum of an extra $75,000 per aircraft per year in fuel costs.

New flat top antennas are being rolled out to replace the need for a communications hub that juts out of the plane. But it will be easier for airlines to integrate these new antennas into their systems with defined standards that guide how they can be integrated into the rest of their tech.

A standard for inflight Wi-Fi won’t directly impact your wireless experience in the near future. Seamless Air Alliance is currently putting together a test program for the standards, and expects to announce the full test plan in the next six months. It will take another year or two, Mandala estimates, to actually see these open, standardized systems on aircraft. But he believes the benefits will be worth the wait. Someday, using inflight Wi-Fi could be “like connecting to your home Wi-Fi,” he says. “That’s the experience we want to deliver.” [READ MORE]