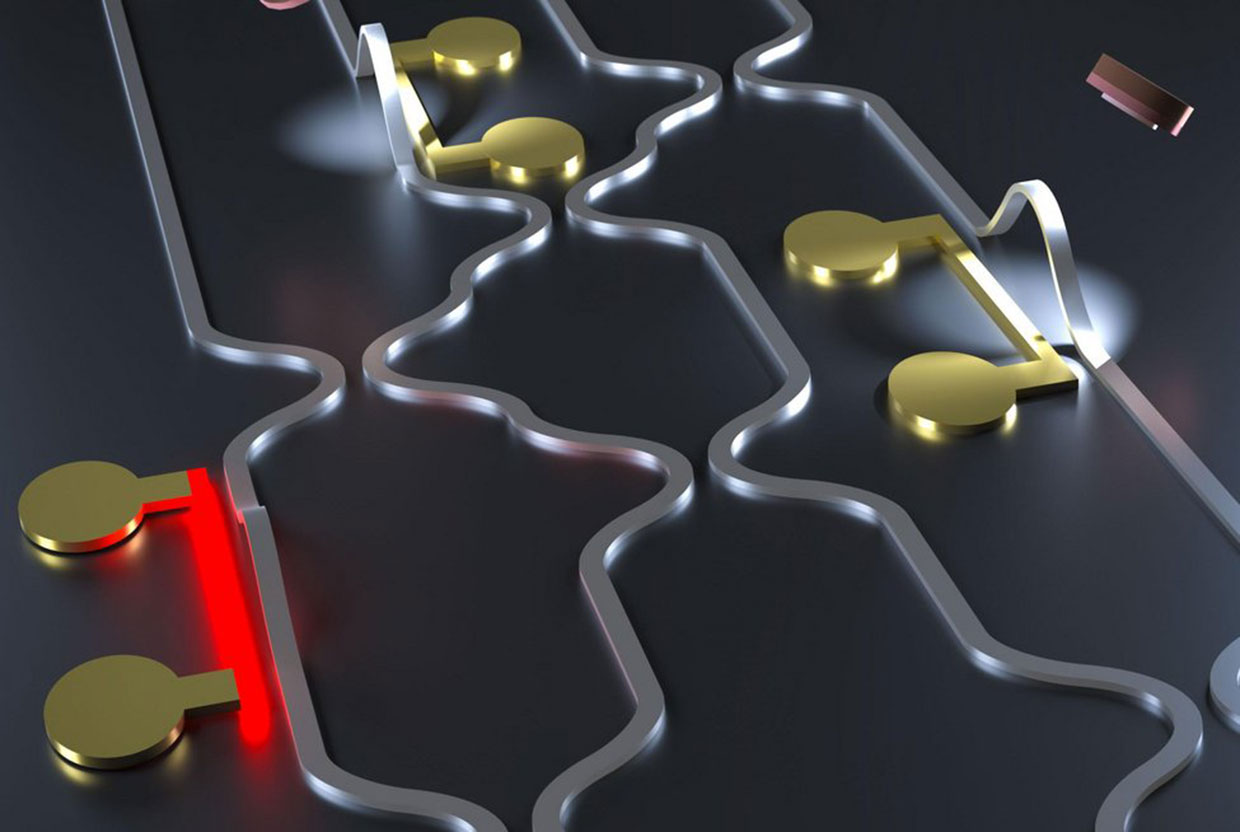 Reprogrammable photonic circuits based on a novel programmable material might speed the rate at which engineers can develop working photonic devices, researchers say.

Electronic integrated circuits (ICs) are nowadays key to many technologies, but their light-based counterparts, photonic integrated circuits (PICs), may offer many advantages, such as lower energy consumption and faster operation. However, current fabrication methods for PICs experience a great deal of variability, such that many of the resulting devices are slightly off base from the desired specifications, resulting in limited yields.

One potential way around this problem is to develop PICs that are reconfigurable or programmable to help compensate for any slight variability during fabrication. A key ingredient for a reconfigurable PIC is an optical material whose refractive index—the amount by which it slows light passing through it—is adjustable between two or more states.

However, many of the switchable optical materials that previous research examined required continuous heating, and thus a constant power supply and intricate systems to control this heat. Other materials suffered degraded performance upon switching in terms of signal loss.

Now scientists have found a switchable material that they say avoids the shortfalls of prior work and could lead to practical reconfigurable PICs. “This is the first programmable photonic circuit where you can program the photonic material itself and reset it and [it] requires no power to keep its programmed state,” says Oded Raz, an electrical engineer at the Eindhoven University of Technology in the Netherlands who led the work.

The material in question is hydrogenated amorphous silicon, which is currently used in thin-film silicon solar cells. Previous research on a phenomenon dubbed the Staebler-Wronski effect found that light or heat could alter the optical and electrical properties of hydrogenated amorphous silicon, whereas slowly cooling in the dark could partially restore its optical properties.

Although the Staebler-Wronski effect is undesirable with thin-film silicon solar cells, the scientists reasoned it might prove useful in reconfigurable PICs. “It’s nice to take an effect that is considered to be a liability in one context and to flip it on its head and change it to very beneficial in another context,” Raz says.

The researchers investigated how a thin layer of hydrogenated amorphous silicon changed in response to cycles where they soaked it in near-infrared laser light for 100 hours or more and then it slowly cooled, or annealed, for four hours in the dark. They found the light could increase the material’s refractive index by 0.3 percent whereas annealing reversed this change, a change they found was due to how light and heat led the material to expand in volume. [READ MORE]